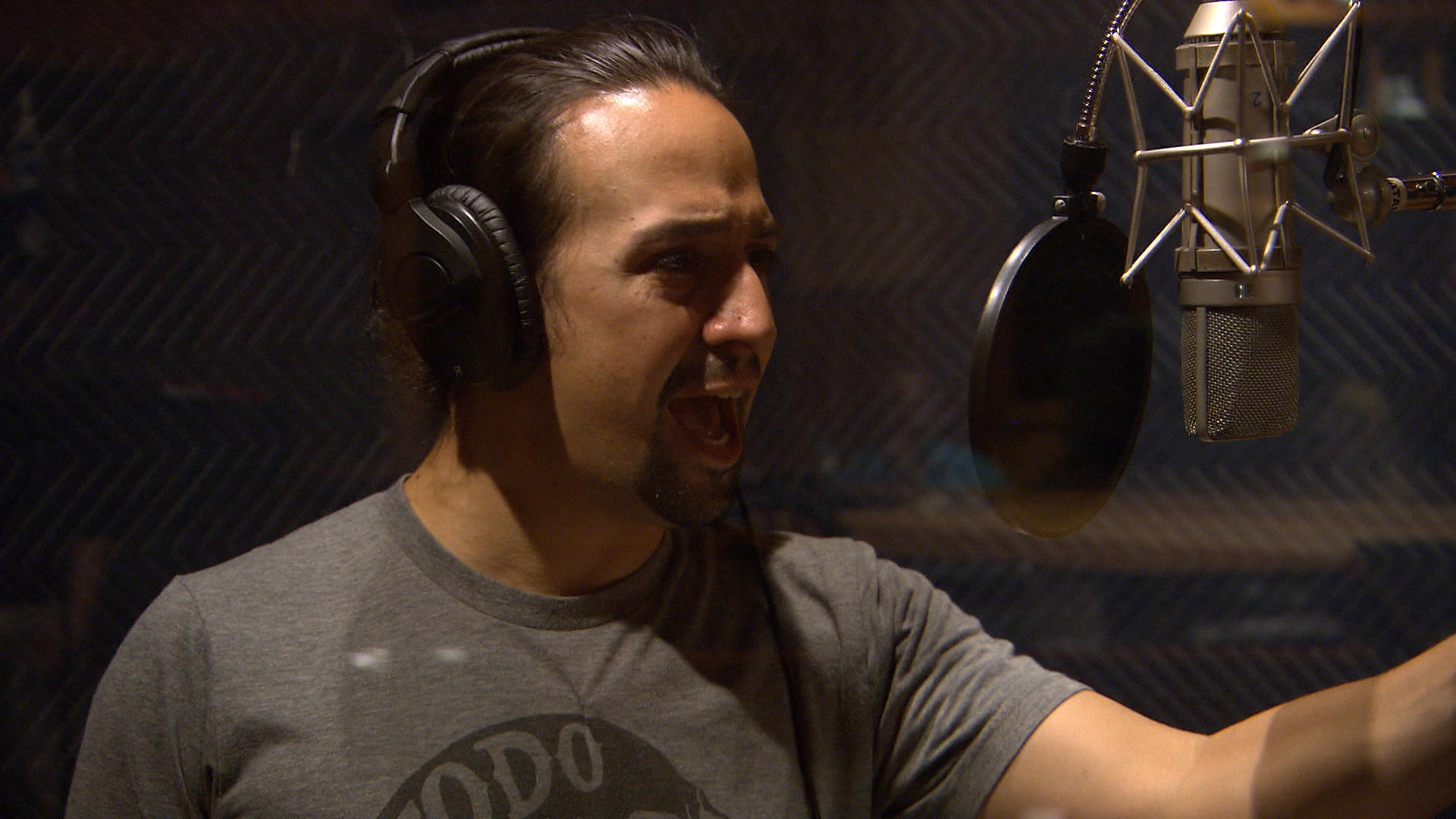 “It’s the dopest beat you’ll ever hear in your life.” That’s what Lin-Manuel Miranda, creator of the Broadway smash “Hamilton,” tells 60 Minutes correspondent Charlie Rose in the Overtime video above.

But he’s not talking about one of his own songs. He’s playing Rose a track from the musical “Camelot,” one of several cast albums his parents introduced him to as a child.

Miranda’s family didn’t attend many Broadway shows, but they collected countless recordings on vinyl -- and Miranda consumed them. So when it came time to record the cast album for “Hamilton,” he wasn’t messing around.

“This is for posterity,” 60 Minutes producer Graham Messick tells 60 Minutes Overtime’s Ann Silvio. “They knew this was for keeps. And they absolutely were just nailing it. Every song. Every actor.”

60 Minutes filmed the recording session (see it in the video above) and spoke with Miranda about how he wrote the rapid-fire raps that have made “Hamilton” such an extraordinary hit with critics and fans.

“Sometimes a line enters your head and you’re so grateful for it,” Miranda tells Rose. “You go online to check to see if anyone wrote it before you. You must have stolen it.”

Given Alexander Hamilton’s own way with words, Miranda set a high bar for himself when he wrote the character’s songs. “He needed to be, like, from the future, just this world-beating intellect,” he tells Rose. “So every couplet had to be unimpeachable.”

The other cast members, it seems, are perfectionists, too. In the recording booth, Leslie Odom, Jr., who played Aaron Burr, belted out his songs, gesturing as if he were on stage.

Odom, Jr. and the other cast members, most of whom are black or Latino, tell Rose why they’re so passionate about the project. Miranda has “made these dead white guys make sense to a bunch of, you know, black and brown people,” Odom, Jr. says. “He’s made them make sense in the context of our time, with our music.”

That music, for the most part, is rap and hip hop, which Miranda grew up on. But Rose says people who don’t normally listen to hip hop still find “Hamilton” accessible.

“Not only is it accessible, I think they find it more interesting than they ever imagined,” he says. “I generally don’t like musicals as much as most people do. And in this case, though, because it was rap, I just loved it. Because it was vital. It was intense. It was history.”

Editor’s note: Since 60 Minutes spoke with the cast of “Hamilton” in the fall of 2015, many of the original cast members have moved on, including Lin-Manuel Miranda, Leslie Odom, Jr., Christopher Jackson, Renée Elise Goldsberry, Phillipa Soo, Jonathan Groff and Daveed Diggs.