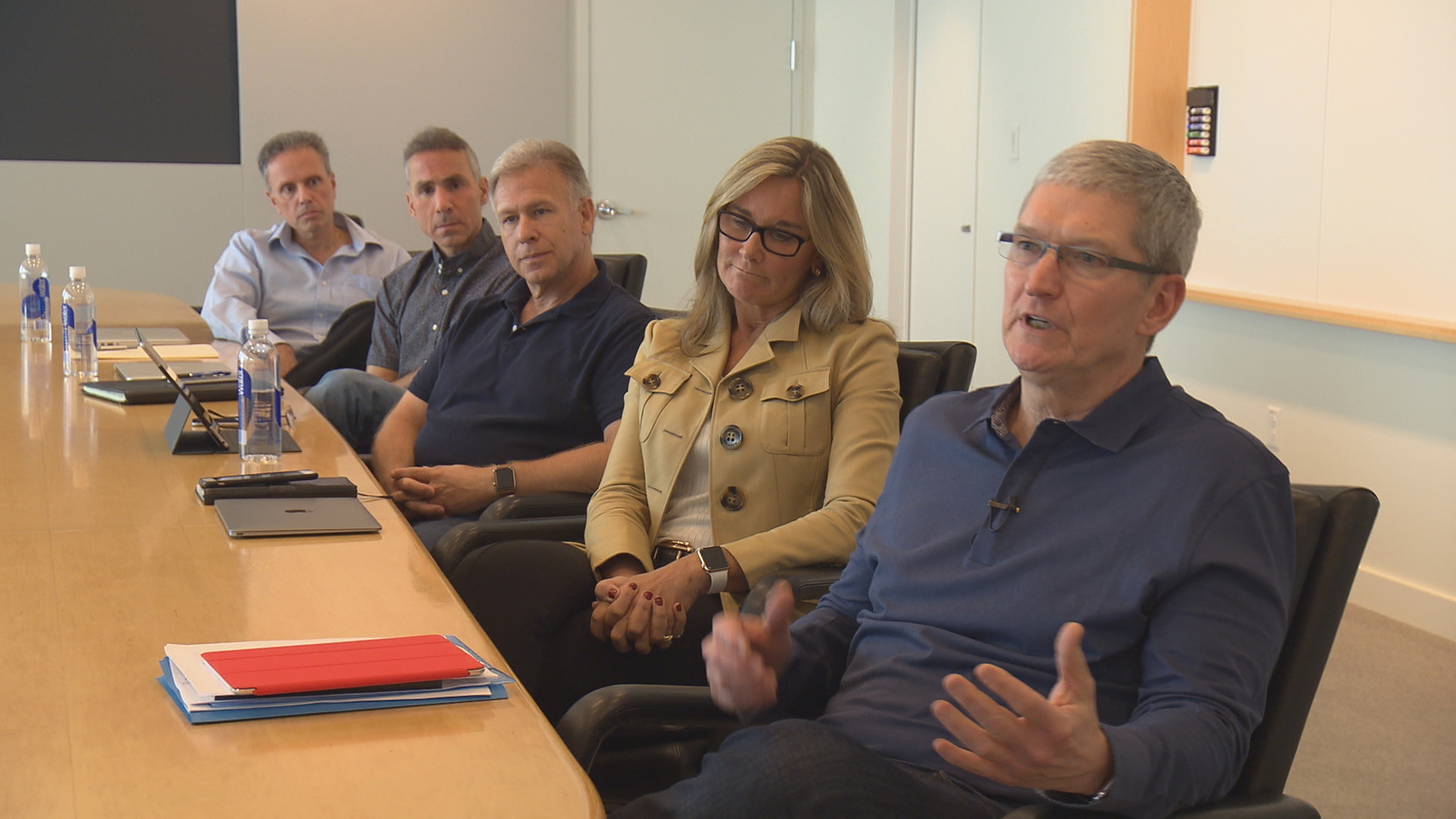 When Apple co-founder Steve Jobs died in 2011, many wondered if the company would stumble without its visionary CEO. This week on 60 Minutes, Charlie Rose goes "Inside Apple" to see how the company is faring four years later, and whether it is still capable of the kind of bold innovation that made it the richest corporation in the world.

On 60 Minutes Overtime, Charlie Rose describes the differences between Jobs and his successor Tim Cook. "Steve was a visionary," Rose tells Overtime editor Ann Silvio in the video above. "Steve had a great sense of marrying humanities and technology. Tim, on the other hand, is an engineer."

But Cook, who was handpicked by Jobs to lead the company, says he doesn't feel like he needs to outdo him. "I loved Steve. Steve is not my competition," he tells Rose. "He selected me. I want to do every single thing I can do and use every ounce of energy I've got to do as well as I can."

"Steve had a great sense of marrying humanities and technology. Tim, on the other hand, is an engineer."

Some of that energy goes into keeping Apple's future developments away from prying eyes. On 60 Minutes, Cook tells Rose that there's probably "more secrecy here than the CIA." When Rose meets with Jony Ive, Apple's chief design officer, the tables in his lab are literally under wraps -- covered with dark cloths to prevent Rose from catching a glimpse of Apple's new products.

"They don't put the story out there until they have decided it is the story that they want to tell," Rose explains. The tablecloths were a dramatic touch, Silvio notes, "but is what's under there really the next big innovation? Can Apple still do it without the vision of its founder?"

Rose points out that while Jobs is physically gone, his "DNA" lives on in the company and its carefully curated staff. "You have to believe that, that the values he had, that the massive, you know, insane search for perfection is with the people that worked alongside him," Rose says.

Andrew Bast, who co-produced the 60 Minutes piece with Michael Radutzky and Glen Rochkind, agrees. "I think it would be hard to find very many people on the Apple campus today who don't kind of live and breathe the history of Steve Jobs," he tells Silvio. "That said, it has been a while. You know, it's been four years since he's been gone." While Jobs lives on as an icon, Bast says, there's no question that Apple's fate now rests squarely on Tim Cook's shoulders.

As the 60 Minutes team members spoke with Apple's high-level staff, on camera and off, they began to hear some of the same words and phrases repeated: "simplicity," "collaboration," "changing the world." When they returned to Cupertino, they attempted to cut through what sounded like marketing hype and get to the heart of what makes Apple tick.

But the Apple-speak about caring and collaboration isn't just hype, says Angela Ahrendts, the company's head of retail. "I don't think that Apple could do what Apple's done and Apple will continue to do without that unity, without that, you know, man-on-the moon type of vision that everybody gets united around," she says.

One of Steve Jobs' final visions was a new, state-of-the-art company headquarters in Cupertino. Shaped like a giant ring with trees at the center, it will eventually accommodate 13,000 workers and be run almost entirely on solar energy. In June 2011, a very frail Jobs appeared before the Cupertino City Council to request the building permit.

Cook tells Rose that Apple is carefully designing every inch of the building. Ive says it will include, among other features, the largest curved piece of glass in the world. But with all that attention on their headquarters, Silvio wonders, is the company still focused on finding the next big thing, a disruptive innovation that will change our lives the way the iPhone did?

"Oh, sure," Rose says. "No one understands the challenge for them better than them. They are the richest company in the world. But the history of business is full of people who were once on top and could not maintain that position."