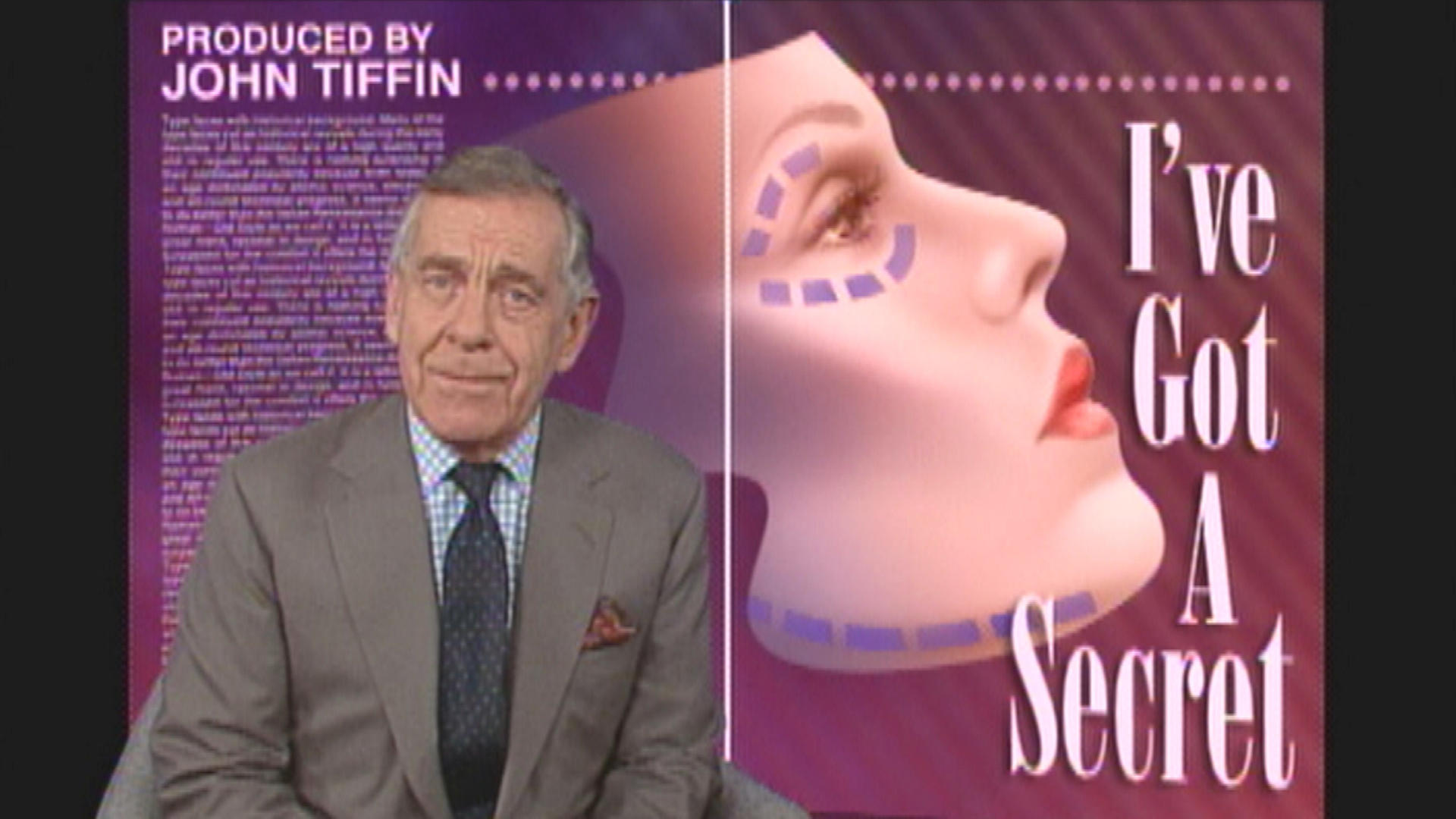 “Life, liberty and the pursuit of beauty” was how Morley Safer described Brazil’s unofficial motto, and for good reason. In 1998 -- the year Safer’s report “I’ve Got a Secret” aired -- Brazil was the world’s capital of plastic surgery. And, Rio de Janeiro had more plastic surgeons per capita than any other city worldwide. Among them was Dr. Ivo Pitanguy, known as the father of body sculpture.

Pitanguy died earlier this month -- one day after he helped carry the Olympic torch in Rio. Here’s how 60 Minutes reported Pitanguy’s contributions to Brazil and the world back in 1998.

The following script is of “I’ve Got A Secret” which aired on November 1, 1998. Morley Safer was the correspondent.

The secret is one few men or women will confess to. Statistics are hard to come by, but rest assured, some of your favorite TV stars, including some of my news colleagues, here and everywhere else, have done it. I offer no names. It’s so secret, some have even left the country to do it, to places like Brazil.

Brazil, where plastic surgery is not just openly admitted, it is a way of life. It’s no accident that it’s the world’s capital of plastic surgery, it’s the world’s capital of vanity, of public display of flesh--man and woman, top to bottom. Exercise, no matter how much of it, has its limitations. Only surgery and lipo--liposuction, literally sucking out the fat--can really change nature. It is the common faith and common search of an entire nation: Life, liberty and the pursuit of beauty--not necessarily in that order--is the unofficial motto of Brazil. Rio has more plastic surgeons per capita than any city on Earth, among them the father of body sculpture, Ivo Pitanguy, who has, one way or another, sculpted 45,000 bodies, mostly women--women like Patricia Capelutto, 27, who wanted a lot more than a face-lift.

Patricia Capelutto: I wanted to change my body, so I did surgery here, here and here.

Morley Safer: Will you do it again?

Morley Safer: What will you do next time?

Patricia Capelutto: I think the nose.

Anna Medici, 19, a psychology student, hated her receding chin, had it augmented and is now thinking arms.

Anna Medici: I have a few problems with my arms, so I think I was going, like, lipo? Is that right? My arms.

Morley Safer: So your arms would be a little thinner?

Isabella Cardin: Well, I had my breasts reduced in something like one pound or two pounds, one pound each. I spent five years thinking about it to make the decision, and I think I was 100 percent sure when I decided.

Morley Safer: And you’re 100 percent pleased with it?

Breast reduction is the most common demand in Brazil. Breast augmentation is the most common in the United States. I leave it to the sociologists to come to some conclusion. Some might say, vive la difference. For men--who, by the way, are much less open about plastic surgery--the most common request in both Brazil and the U.S. is eyes--get rid of that excess eye baggage. Pitanguy is 72 now and still plays God every day. For years, his clinic in Rio was the international smart set’s haven away from prying eyes. The thousands of European and American surgeons he’s trained have now set up their own equally discreet clinics. He continues to train surgeons from all over the world. Perhaps one way of measuring the world’s increasing affluence is the increasing demand for plastic surgery. Pitanguy instituted the “two jobs, one visit” procedure--say, a face-lift and a tummy tuck all at the same time.

Ivo Pitanguy: If you do a combined operation like that--if you make a--just take a look around you. See how many people are involved in the whole procedure.

Morley Safer: Do you feel a little bit of a--this much of a god?

Morley Safer: Well, you get paid for it, too.

Ivo Pitanguy: Oh, not necessarily. It is our great satisfaction, the satisfaction of having someone happy. But we have to survive.

Which he does handsomely, with all the standard accoutrements: apartments in the Swiss Alps and Paris; the requisite collection of modern masters; a small palazzo in Rio; and for weekend diversions, his own tropic isle, a brief chopper ride away, sometimes used as a recuperative retreat for high-profile or new-profile clients. He’s received every award a grateful nation and clientele can give. Perhaps the highest will be bestowed next February, a float honoring him at Carnival. Rio’s social life--the movers and certainly the shakers--are chronicled by the town’s leading gossip columnist, Danuza Leão, who the novelist Tom Wolfe had in mind, perhaps, when he used the phrase, ‘social X-ray.’

Morley Safer: Among your friends and the people whose lives you chronicle in your column, has virtually every one of those people had plastic surgery?

Danuza Leão: Yes, almost everyone. Yes. They even say here that when theater, movies or television needs an actress to make a grandmother, they don’t find it, because they’re all so young.

Morley Safer: And you yourself--how many procedures have you had?

Danuza Leão: I have no idea. Oh, small things, many.

Danuza Leão: I don’t know. No. More than five, yes.

Danuza Leão: I don’t know. Don’t be so indiscreet.

Morley Safer: OK. But just give me a rough idea of the sort of things you’ve had done.

Danuza Leão: Well, sometimes I go and I make a little bit here, and they put a Band-Aid and I go out. Do you consider that plastic surgery? I don’t.

Morley Safer: But why are people so obsessive about youth? I mean, growing old or growing older is a perfectly natural phenomenon. It happens to everybody.

Danuza Leão: Not for women, not in Rio. I mean, a little thing, for instance: In the weekend, you eat too much chocolate cake and you’re a little bit fat here, so the next week, you go and make a lipo.

Danuza Leão: Yes, a liposuction. They do that like they go to the hairdresser.

It’s enough to curl your hair.

Morley Safer: But there’s a lot of pain involved.

Morley Safer: How important is the name ‘Pitanguy’ in this country?

Danuza Leão: Enormous, enormous. He was the first one, the best one for a long, long time, and he’s still a marvelous surgeon. He opened the way for the others.

He also gives a great deal back. Once a week, Pitanguy and his team come to Santa Casa General Hospital and select the neediest or most difficult cases, people wanting cosmetic or reconstructive surgery--accident victims, birth defects. He charges nothing.

Ivo Pitanguy: She has a secondary lip...

Ivo Pitanguy: ...that can be improved.  We had a lot of patients that we call secondary cases. They had had surgery in other places, and they come to see if we can still improve them, because in reconstructive surgery, unfortunately, we have limitations, all of us. But anyway, we have some cases like this young girl here, that they have very heavy breasts, and if you don’t operate on those big, big breasts, when they are young, you can see that her posture will be all suffering.

Morley Safer: How old is she?

Ivo Pitanguy: They are poor people. They are poor. Today, they--but we do have a national health system they could go, but they don’t take care of breasts, as I say.

Ivo Pitanguy: This is a patient with secondary burns. We have already done several operations on her. So she will have a normal-looking face when we work on this.

Morley Safer: How long will that take?

Morley Safer: Which would mean?

Ivo Pitanguy: She feels very well, but she just feels she’s getting a bit older. She wants to get her face lifted.

Morley Safer: Why would she want to have her face--how old are you?

Ivo Pitanguy: 71. She says she feels very well, she feels she is attractive. And that’s why she wants to be better. That’s what she said.

Morley Safer: How old does she want to look?

Ivo Pitanguy: She wants to look what she feels. That’s her big thing.

Morley Safer: And how old does she feel?

Nine-year-old Jose Alvernez feels the weight of a cruel world, taunted so constantly by schoolmates about his ears, he dreaded going to school. They called him “Big Ears,” the nickname for Rio’s public telephones, and “Dumbo.” His parents, both unemployed, could not afford the operation. We were there when Pitanguy selected him, and we were there when Jose got his first look at the new Jose.

Ivo Pitanguy: Once I had a woman, 84. She was a German woman. She came to my clinic, and she wanted to do her nose. She had an ugly nose, and actually an ugly nose--it’s--well, you don’t do at that age; you do it before. But she said, “My motivation, my real reason--I don’t want to be buried with a nose like that. Will you do it or not?” And I said, “Well, she just wants it straightened up, a normal nose.” I did a normal nose, she was a very good patient, and she said she was very happily prepared to die--not soon, she said, but whenever.