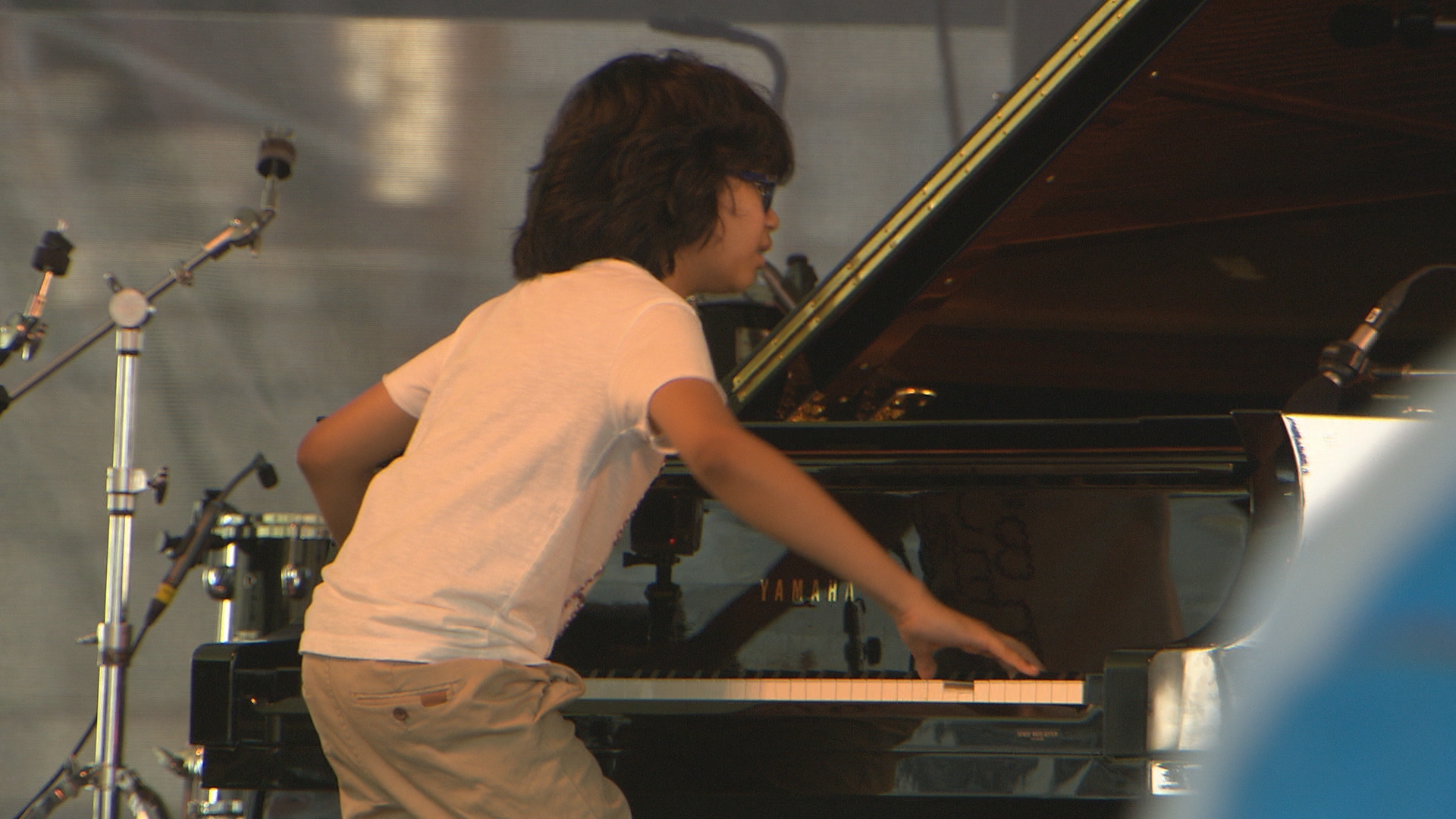 When jazz great Wynton Marsalis first heard Joey Alexander play the piano, he was blown away. "I've never heard anyone who could play like him," he tells Anderson Cooper on 60 Minutes this week. Even more stunning is the fact that Joey is only 12 years old and from Bali, a tiny Indonesian island that's not exactly known for its jazz scene.

In the Overtime video above, viewers can see why Marsalis was so excited. Joey wrote "Ma Blues," the song he is playing, at age 10 -- and performed it at the Newport Jazz Festival last summer when he was 12. He was the youngest person ever invited to play on that stage.

"Is he good for a 12-year-old? Or is he just good?" Cooper asks Gary Walker, music director at jazz radio station WBGO.

"He's just good," Walker says. "At any age, his language is pretty special. But at the age of 12, you almost think, you know, I might even believe in reincarnation, perhaps."

If Joey calls to mind jazz legends of the past, he's already developed his own style, and at his young age, can improvise like a seasoned veteran. In the video above, he plays "Ma Blues" again, this time at an apartment in Manhattan. It's the same song, but without accompaniment and with new improvisations, giving it an entirely different feel.

Nobody knows how Joey Alexander got to be so good. His parents say he was a hyperactive little kid, so when he was six, they brought home a keyboard to try to channel his restless energy. He mainly learned to play by listening to his dad's recordings of Duke Ellington, Charlie Parker and Thelonious Monk.

Joey's father says his son was drawn to jazz because it is less formal than classical music --- jazz improvisation offered Joey the freedom to express himself musically. When videos of Joey playing in Indonesia went viral, Wynton Marsalis, who is Managing and Artistic Director of Jazz at Lincoln Center, took note and invited Joey to play at their annual gala in New York. Much to Joey's surprise, he got a standing ovation, and the family soon moved to the U.S.

So what's next for the boy from Bali? Joey was nominated for two Grammy Awards this year for his first album "My Favorite Things." In the clip below, he shares a portion of a tune he wrote called "Sunday Waltz," which he is recording for his second album, titled "Countdown" due out in September 2016 from his label, Motéma Music.

For Marsalis, Joey's genius remains a mystery. "Why? We don't know why," he tells Anderson Cooper. "I once asked Miles Davis about sound. 'Man, how you get the sound you get?' He said, 'Man, nobody knows about sound. Sound just is.' And I think that about his abilities. They are."

These videos were originally published on Jan. 3, 2016, and field produced by Michael H. Gavshon and David M. Levine; and edited by Sarah Shafer Prediger, Paul Bellinger and Will Croxton.

How social media has changed the U.S. Congress