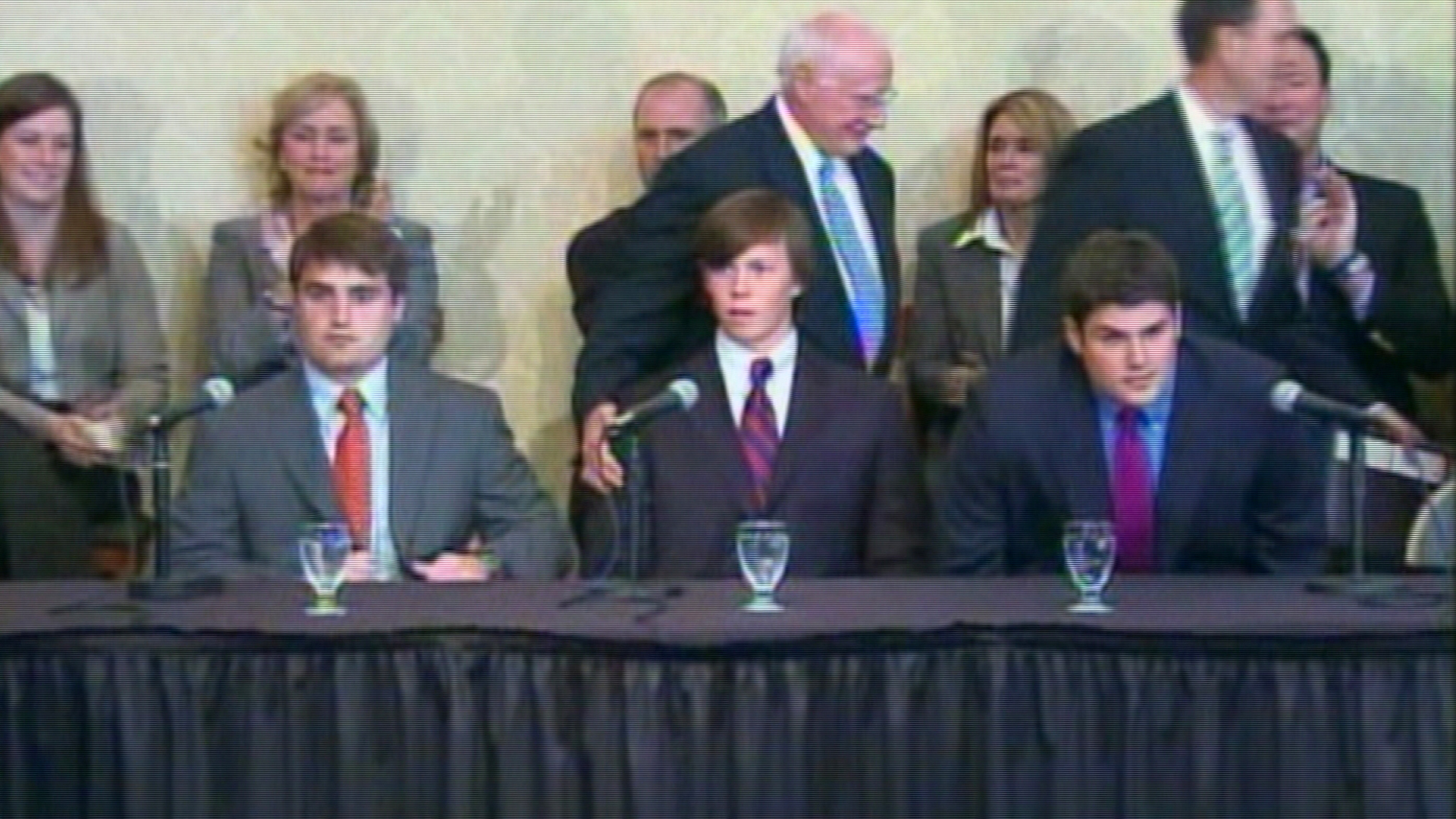 This week on 60 Minutes, Armen Keteyian interviewed Coach Mike Pressler, the lacrosse coach who was forced to resign after three of his players were accused of brutally attacking and raping an exotic dancer at a team party in 2006.

It's a story 60 Minutes co-producers Michael Radutzky and Tanya Simon remember well. They followed the case from the time the accusations were made in March of 2006 -- to a year later in 2007 when the players were declared innocent.

In that time, 60 Minutes produced three detailed reports on the strange details surrounding the case, and conducted interviews with the three players and their families, the forensic expert involved in the case, even the other exotic dancer that was there the night of party, Kim Roberts.

Roberts told the late Ed Bradley that despite the accusations, she never witnessed a sexual assault at the house party or any other form of attack. The three boys also maintained their innocence in interviews with Bradley. One player, Reade Seligmann, presented 60 Minutes with video evidence that he was at an ATM and on his way to a restaurant during the time the alleged rape took place.

Despite the evidence pointing towards the boys' innocence, Radutzky remembered many at Duke and around the country were convinced that the team was covering up a crime.

"The entire time that we were reporting the piece, we were going against the grain," Radutzky tells 60 Minutes Overtime. "It seemed like most of the media and the public and government leaders had already made up their minds that the players were guilty."

Several months later, the 60 Minutes team spoke with the forensic expert involved in the case, who had failed to report crucial DNA evidence that could have exonerated the three boys.

In a heated exchange, Stahl asked the forensic expert, Dr. Brian Meehan, why he failed to report the test results:

LESLEY STAHL: I have to tell you that we spoke to a lot of forensic specialists, people who do what you do and sex crime prosecutors, and they all say the never heard of anything like this, ever.

STAHL: Well, a big one, right?

DR. BRIAN MEEHAN: Well, it certainly was a big error.

Not too long after, on April 11, all charges against the three lacrosse players were dropped and the players were declared innocent. It was a miscarriage of justice, the state's attorney general told Stahl.

The prosecutor in the case would later be disbarred. And the players got their lives back, but they said it would be difficult to move on from the last year of their lives.