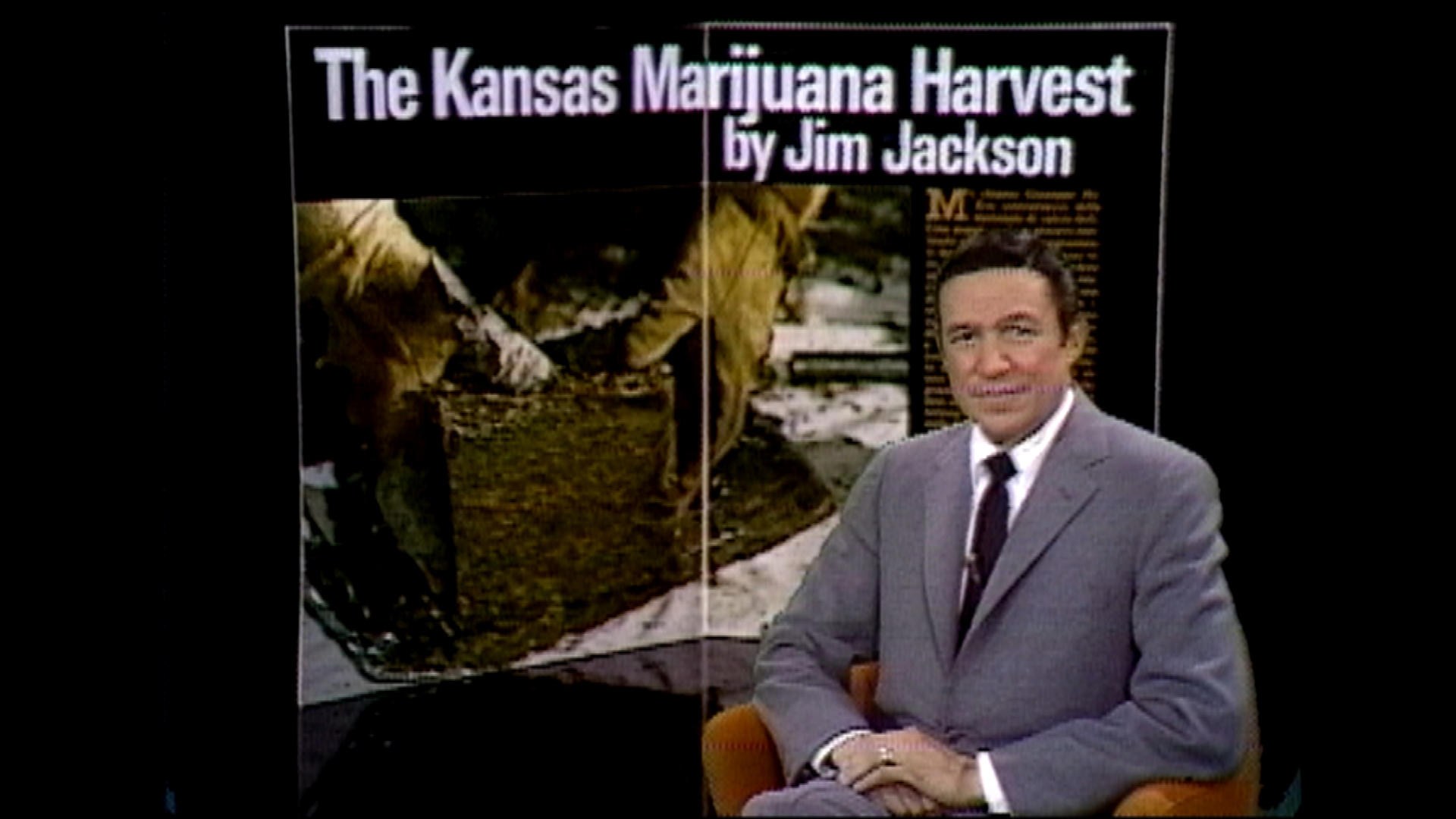 This week on 60 Minutes, correspondent Dr. Jon LaPook reports on the impact of marijuana legalization on a community in Colorado. He visits the largest recreational cultivation facility in the country —36 acres of plants that are each tagged and tracked, from seed to sale.

It’s quite a difference from the first time 60 Minutes showed viewers marijuana harvesting.

It was 1970, and correspondent Mike Wallace took viewers to Kansas, “quite literally Middle America,” he says in the clip above. There, he found 63,000 acres of the plant, growing like a weed, appropriately enough.

Wallace’s story focused on the illegal harvesting of thousands of pounds—and millions of dollars worth—of wild marijuana in Kansas. As he noted in the report, the plant has grown wild in the Midwest for centuries.

Settlers grew it as a cash crop for the rope and rug industries, and Mexican laborers who smoked it cast aside leftover seeds, which then grew in the wild. During World War II, when a large percentage of the world’s hemp plants were behind enemy lines, the U.S. government arranged for hemp to be planted throughout Kansas. Marijuana seeds were spread easily by wind and birds, and the plant thrived.

Because it was illegal in all 50 states, harvesting was done in the cover of night, much like Prohibition-era practices. Wallace followed a few harvesters, a group of young people called the River City Outlaws, who made comfortable – if illegal – incomes from the wild marijuana crop.

Wallace spoke with several River City Outlaws, whose faces and identities were kept hidden by the broadcast. One man told him that, since his hair is “too shaggy to be a shoe clerk,” he turned to hemp harvesting. “Marijuana harvesting is a major means of support in this town, and it tends to support the entire lifestyle of our whole culture here, which is essentially a grass, acid, and beer culture,” he told Wallace.

At the time, the Kansas Bureau of Investigation was the chief law enforcement agency dealing with the state’s marijuana problem. The head of the bureau, Harold Nye, told Wallace that only one agent was assigned to combat illegal harvesting full-time. That’s 63,000 acres of marijuana, and one agent to fight it. From January to November 1970, the bureau confiscated 8,600 pounds of marijuana, then worth $2,750,000.

“Certainly, society has a part to play in this, in the growing of marijuana, and law enforcement,” Nye said. “So I think it’s really the whole society has the problem on their hands.”

Those words still ring true today as 60 Minutes returns to the marijuana story three decades later with a dispatch from Colorado, where the great pot debate is still playing out. The broadcast paid a visit to Colorado governor John Hickenlooper in this week’s story to hear about the pros and cons of legalization. There’s one thing he’s sure of-- the status quo wasn’t working.

“No one can argue the old system wasn’t a disaster,” Hickenlooper says. “We had an old system where the kids had open access to marijuana and everything was black market. There was no regulation; there was all illegal activity. We were creating whole generations of kids that were growing up thinking that to break the law and make money selling drugs was perfectly fine. That’s what we’re trying to fight against.”