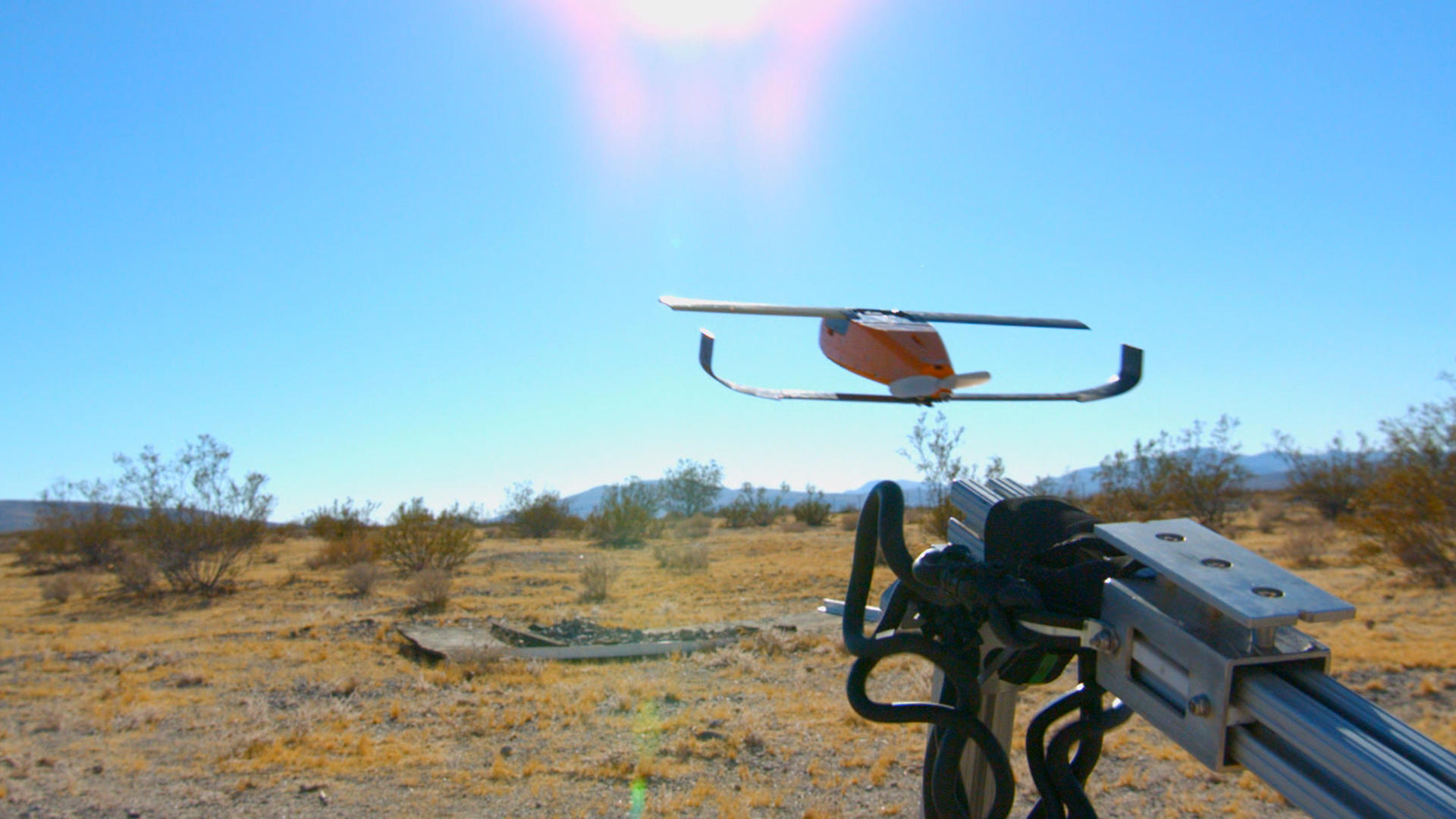 A new generation of drones is coming. The U.S. military has used the remotely piloted vehicles for more than 15 years, but now the devices are capable of flying missions autonomously — and in a swarm.

This week on 60 Minutes, correspondent David Martin and producer Mary Walsh reported on the development of an autonomous drone called the Perdix, bringing viewers a rare glimpse of the future of combat. Martin and Walsh convinced the Department of Defense to let 60 Minutes cameras film a stunning first test of a 100-strong swarm of Perdix drones.

"This is not just a drone stunt," says Martin. "This was a real test for a real program."

But the 60 Minutes story almost didn't happen. The Perdix drone flies too fast-- upwards of 40-50 miles per hour-- and too unpredictably for a conventional news camera to follow.

"They took flight and immediately almost went out of sight," cameraman Ron Dean tells 60 Minutes Overtime's Ann Silvio in the video above.

Producer Mary Walsh sent Dean to Fort Devens Army base in Massachusetts on an exploratory shoot to see if he could film just one or two Perdix drones in flight. But the Perdix, named for a bird in Greek mythology, proved elusive. Dean sent his footage back to 60 Minutes and there were no useable shots of the drones in flight. Just clouds in a cerulean sky — and a bird flying past.

The 60 Minutes team was at the point of abandoning the story when an idea struck: Could a golf cameraman, someone capable of tracking a small white ball flying across sky, capture the Perdix in flight?

That's when 60 Minutes hired cameraman Rudy Niedermeyer, a regular shooter on the golf circuit. But Niedermeyer was aghast at the difficulty of filming the Perdix when 60 Minutes began its second attempt a month later at China Lake Naval Air Weapons Station in California. Niedermeyer just shook his head in frustration.

The Perdix drone is self-directed, so the flight trajectory is different from that of a golf ball, says producer Mary Walsh. "It flies in an unpredictable way, and even the technicians can't control where they're going."

Niedermeyer also used a special camera for the shoot. CBS News operations guru Frank Governale worked with the 60 Minutes team to acquire the Sony 4300, a new 4K camera that allowed Niedermeyer to shoot 480 frames per second. It's currently in use at the Super Bowl, the NBA finals, the MLB World Series, and the Masters golf tournament, according to Sony. The camera is attached by cable to a server, and it allows footage to be slowed down so that TV viewers can see, for example, a golf ball as it soars to the fairway.

Niedermeyer made repeated attempts to shoot 1-8 Perdix drones in flight, applying the techniques he uses for capturing a golf ball: Start wide, get comfortable with the shot, then zoom in tighter, tighter, tighter.

Mary Walsh reviewed his shots on site and saw steady progress. "Because I had such pros, my blood pressure never went up. I felt we were going to get it because I had faith in my team."

Also joining the 60 crew was cameraman Justin Hall, who specializes in live replay for major televised sports events. He rigged up an even faster camera called the Phantom Flex.

All told, it took the entire 60 Minutes team almost two days to figure out how to film the Perdix in flight.

The result? Footage of a one-time event: the largest autonomous drone swarm ever — more than 100 Perdix drones, launched from three F-18 jet fighters, performing a complicated swarm maneuver for the first time.

Niedermeyer compared the job to filming a week at the Masters golf tournament: "This was a lot harder."

Brit McCandless contributed to this article.