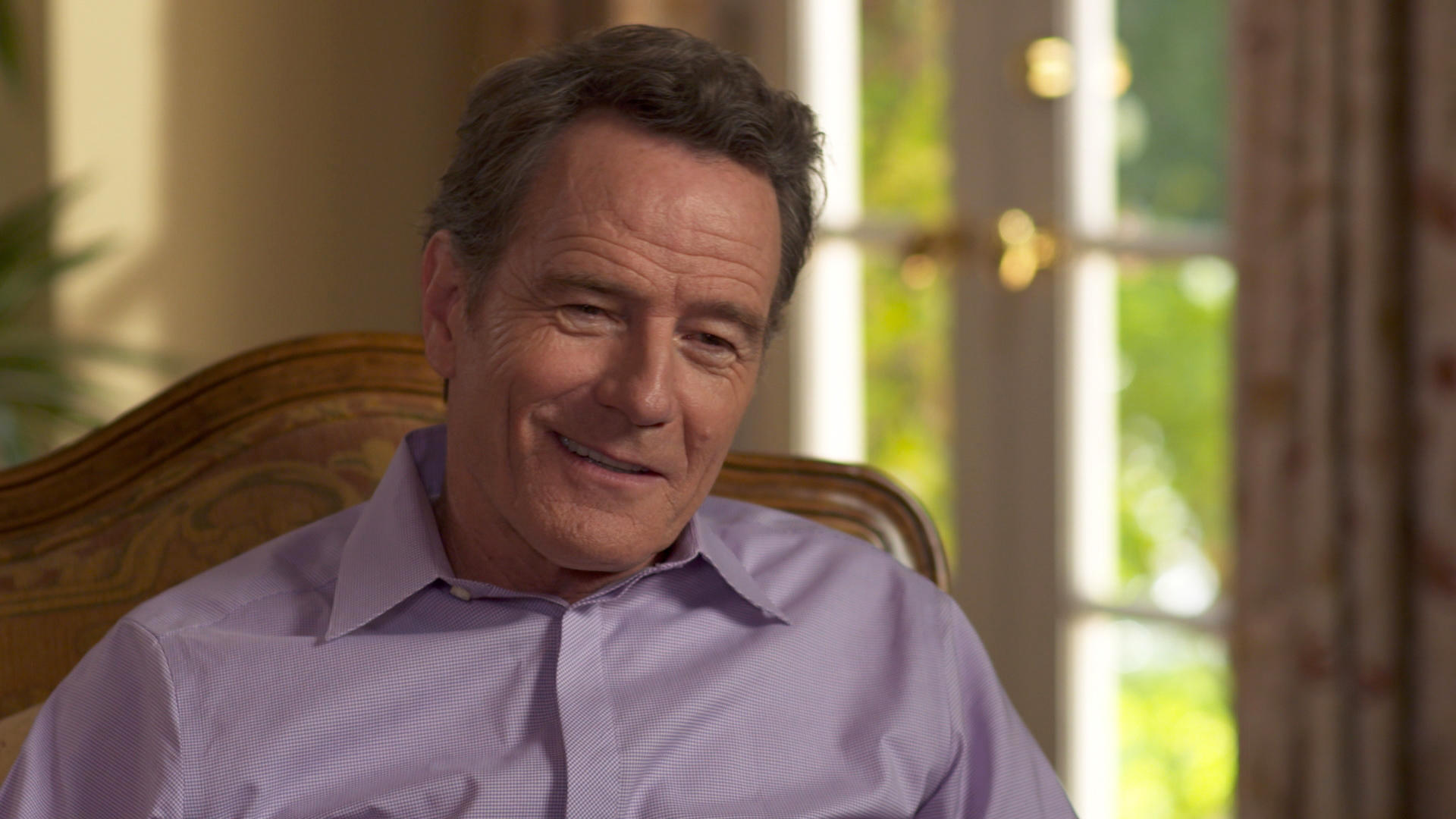 Things have been breaking good for Bryan Cranston, as Steve Kroft points out in his profile of Cranston this week on 60 Minutes. Cranston has won a Tony and an Oscar nomination, and he's now running the show on the set of an Amazon Prime drama called "Sneaky Pete."

Things also appear to be good in his personal life, where he's been married to his wife, Robin Dearden, for 28 years.

Cranston met Dearden on the set of a forgettable TV show called "Airwolf" in a scene where his character held her hostage. Despite being taken captive—and the fact that they were both in other relationships at the time—Dearden says Cranston was "one of the funniest people I had ever met." Months later, they saw each other again in an improv class, and a lingering kiss hello was all it took.

But getting to the aisle sounds like a scene straight from a Cranston comedy.

In the clip above, Cranston reenacts for Kroft his emotional, albeit awkward, marriage proposal to Dearden one New Year's Day. He says he was so nervous, merely seeing her face would make him cry. So he devised a way to speak to her without having to look at her: sitting squished together in a bathtub, both facing the same direction, which allowed him to propose to the back of her head.

They both laugh when retelling the story, as she recalls thinking, "What the hell is this?"

After Cranston lifted his leg from the water to reveal a diamond ring on his baby toe, he recalls saying, "Here's your ring. But I can't reach it. Take the ring off my toe."

"It was so romantic," Dearden says laughing.

Cranston is best known for his role in Breaking Bad, where he played the milquetoast-turned-murderous Walter White. When Kroft asks him how he created the character, Cranston explains that he found very relatable emotions in Walter.

"I think most of the world can realize that there were certain times in your life that you could have taken advantage of certain situations and maybe didn't and have regret toward that," Cranston says in the clip above. "And he certainly did."

He says perfecting Walter's physicality was key in helping him get into character, and for that, he turned to his father. "I thought of my father at the time, who was 80. And I thought his posture at 80 was more like I thought Walter White was at 50—just a little beaten down, a little road wary, life wary."

Cranston also tells Kroft that his road to playing Walter White began almost 10 years before "Breaking Bad" came to television. In the late 1990s, his agent called him to audition for a role on "The X-Files," telling him the character was a "ne'er do well hick, angry, hates everybody… just a terrible human being." Cranston got the gig and met the episode's writer and producer, Vince Gilligan—the eventual creator of "Breaking Bad."

Gilligan remembered that character—and Cranston—and knew exactly who should play Walter White. "Vince Gilligan was my champion to get the role of Walter White," Cranston says. "He wanted me for that role. Our 20-minute interview turned out to be an hour and a half the first time we talked [about it]."

But Cranston didn't always intend to become an actor.

He had watched his father try—and fail—to become a successful working actor.  When in midlife his father realized he would never reach stardom, the breakdown caused him to abandon his wife and children. The incident temporarily turned Cranston off to the profession. "I think I was scared away from it because [of] my dad's experience," he says.

His plan instead was to become a police officer. He attended a program at the L.A.P.D. and graduated first in his class. But, Kroft asks, did he really want to be a policeman?

"But I thought that was very practical that I showed an aptitude. So I guess that's what I should do."

The videos above were originally published on October 9, 2016.