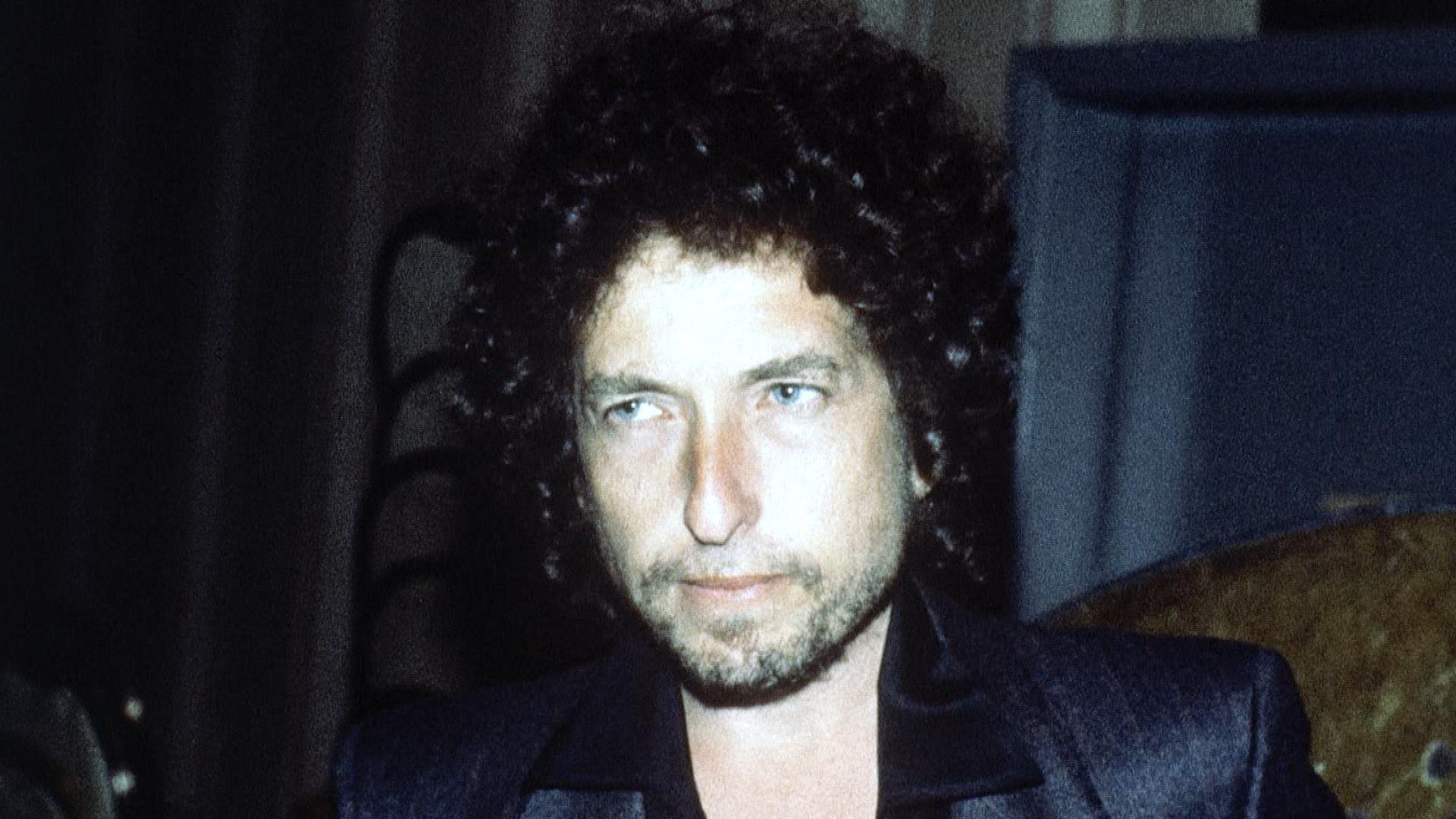 There is no living musician who has been more influential than Bob Dylan.

Over a 43-year career, his distinctive twang and poetic lyrics have produced some of the most memorable songs ever written. In the 60s, his songs of protest and turmoil spoke to an entire generation.

While his life has been the subject of endless interpretation, Dylan has been largely silent. At 63, he wrote a memoir called “Chronicles, Volume One.” Correspondent Ed Bradley got to sit down with this music legend in his first television interview in nearly 20 years.

Dylan is mysterious, elusive, fascinating – just like his music.

Over more than four decades, Dylan has produced 500 songs and more than 40 albums. Does he ever look back at the music he’s written with surprise?

“I used to. I don’t do that anymore. I don’t know how I got to write those songs. Those early songs were almost magically written,” says Dylan, who quotes from his 1964 classic, “It’s Alright, Ma.”

“Try to sit down and write something like that. There’s a magic to that, and it’s not Siegfried and Roy kind of magic, you know? It’s a different kind of a penetrating magic. And, you know, I did it. I did it at one time.”

Does he think he can do it again today? No, says Dylan. “You can’t do something forever,” he says. “I did it once, and I can do other things now. But, I can’t do that.”

Dylan has been writing music since he was a teenager in the remote town of Hibbing, Minnesota. He was the eldest of two sons of Abram and Beatty Zimmerman.

How was his childhood? “I really didn’t consider myself happy or unhappy,” says Dylan. “I always knew that there was something out there that I needed to get to. And it wasn’t where I was at that particular moment.”

In his book, Dylan writes that he came alive at 19, when he moved to Greenwich Village in New York City -- which at the time was the frenetic center of the 60s counterculture. Within months, Dylan had signed a recording contract with Columbia Records.

“You refer to New York as the capital of the world. But when you told your father that, he thought that it was a joke,” says Bradley. “Did your parents approve of you being a singer-songwriter? Going to New York?”

So what made Dylan different? What pushed him out there?

“I listened to the radio a lot. I hung out in the record stores. And I slam-banged around on the guitar and played the piano and learned songs from a world which didn’t exist around me,” says Dylan.

He says that he knew even then that he was destined to become a music legend. “I was heading for the fantastic lights,” he writes. “Destiny was looking right at me and nobody else.”

What does the word “destiny” mean to Dylan?

“It’s a feeling you have that you know something about yourself - nobody else does - the picture you have in your mind of what you’re about will come true,” says Dylan. “It’s kind of a thing you kind of have to keep to your own self, because it’s a fragile feeling. And if you put it out there, somebody will kill it. So, it’s best to keep that all inside.”

When Bradley asked Dylan why he changed his name from Robert Zimmerman, he said that was destiny, too. “Some people – you’re born, you know, the wrong names, wrong parents. I mean, that happens,” says Dylan. “You call yourself what you want to call yourself. This is the land of the free.”

Dylan created a world inspired by old folk music, with piercing and poetic lyrics, in songs such as “A Hard Rain’s A-Gonna Fall.” These were songs that reflected the tension and unrest of the civil rights and anti-war movements of the 60s.

It was an explosive mixture that turned Dylan, by 25, into a cultural and political icon -- playing to sold-out concert halls around the world, and followed by people wherever he went. Dylan was called the voice of his generation -- and was actually referred to as a prophet, a messiah.

Yet Dylan says he saw himself simply as a musician: “You feel like an impostor when someone thinks you’re something and you’re not.”

“The image of me was certainly not a songwriter or a singer,” says Dylan. “It was more like some kind of a threat to society in some kind of way.”

What was the toughest part for him personally? “It was like being in an Edgar Allan Poe story. And you’re just not that person everybody thinks you are, though they call you that all the time,” says Dylan. “’You’re the prophet. You’re the savior.’ I never wanted to be a prophet or savior. Elvis maybe. I could easily see myself becoming him. But prophet? No.”

He may not have seen himself as the voice of the ‘60s generation, but his songs were viewed as anthems that sparked a moment.

“My stuff were songs, you know? They weren’t sermons,” says Dylan. “If you examine the songs, I don’t believe you’re gonna find anything in there that says that I’m a spokesman for anybody or anything really.”

“But they saw it,” says Bradley.

“They must not have heard the songs,” says Dylan.

“It’s ironic, that the way that people viewed you was just the polar opposite of the way you viewed yourself,” says Bradley.

“Isn’t that something,” says Dylan.

Dylan did almost anything to shatter the lofty image many people had of him. He writes that he intentionally made bad records, and once poured whiskey over his head in public.

“If the common perception of me out there in the public was that I was either a drunk, or I was a sicko, or a Zionist, or a Buddhist, or a Catholic, or a Mormon – all of this was better than ‘Archbishop of Anarchy,’” says Dylan, referring to being considered the voice of a generation opposed to everything.

Dylan was especially opposed to the media, which he says were always trying to pin him down. He wrote, “The press, I figured, you lied to it.” Why?

“I realized at the time that the press, the media, they’re not the judge -- God’s the judge,” says Dylan. “The only person you have to think about lying twice to is either yourself or to God. The press isn’t either of them. And I just figured they’re irrelevant.”

Dylan tried to run away from all of that. In the mid-60s, he retreated with his wife and three young children to Woodstock, New York. But even there, he couldn’t escape the legions of fans who descended on his home, begging for an audience with the legend himself. He says people would actually come to the house, wanting to “discuss things with me, politics and philosophy and organic farming and things.”

What did Dylan know about organic farming? “Nothing,” he says. “Not a thing.”

What did he mean when he wrote that “the funny thing about fame is that nobody believes it’s you”?

He says he doesn’t like to eat in restaurants because of all the attention he gets. And he says he has never gotten use to it.

At his peak, fame was taking its toll on Dylan. He was heading toward a divorce from his wife, Sara. And in concerts, he wore white makeup to mask himself. But his songs revealed the pain.

By the mid-1980s, Dylan felt he was burned out and over the hill. And he wrote some pretty harsh words about himself: “I’m a 60s troubadour, a folk-rock relic. A wordsmith from bygone days. I’m in the bottomless pit of cultural oblivion.”

“I’d seen all these titles written about me,” says Dylan. “I believed it, anyway. I wasn’t getting any thrill out of performing. I thought it might be time to close it up. … I had thought I’d just put it away for a while. But then I started thinking, ‘That’s enough, you know?’”

But within a few years, Dylan said he had recaptured his creative spark, and went back on the road. He performed more than 100 concerts a year. And he won three Grammy awards in 1998 for his album, “Time Out Of Mind.”

At 63, Dylan remains a voice as unique and powerful as any there has ever been in American music.

His fellow musicians paid tribute to him when he was inducted into the Rock and Roll Hall of Fame, joining him in a rousing rendition of his most famous song, “Like a Rolling Stone.” That song was recently named by Rolling Stone magazine as the No. 1 song of all time. And he has 12 other songs on their list of the Top 500.

“That must be good to have as part of your legacy,” says Bradley.

“Oh, maybe this week. But you know, the list, they change names, and you know, quite frequently, really. I don’t really pay much attention to that,” says Dylan.

“This week it is,” Dylan replies. “But who’s to say how long that’s gonna last?”

His success, however, has lasted a long time. Dylan is still performing all of his songs on tour, and he says he doesn’t take any of it for granted.

So why is he still out there?

“It goes back to that destiny thing. I mean, I made a bargain with it, you know, long time ago. And I’m holding up my end … to get where I am now,” says Dylan.

And with whom did he make the bargain? “With the chief commander,” says Dylan, laughing. “In this earth and in the world we can’t see.”

Dylan’s book was a bestseller. It was published by Simon & Schuster, which is owned by Viacom, the parent company of CBS. Dylan is planning to write two more volumes of his memoirs.