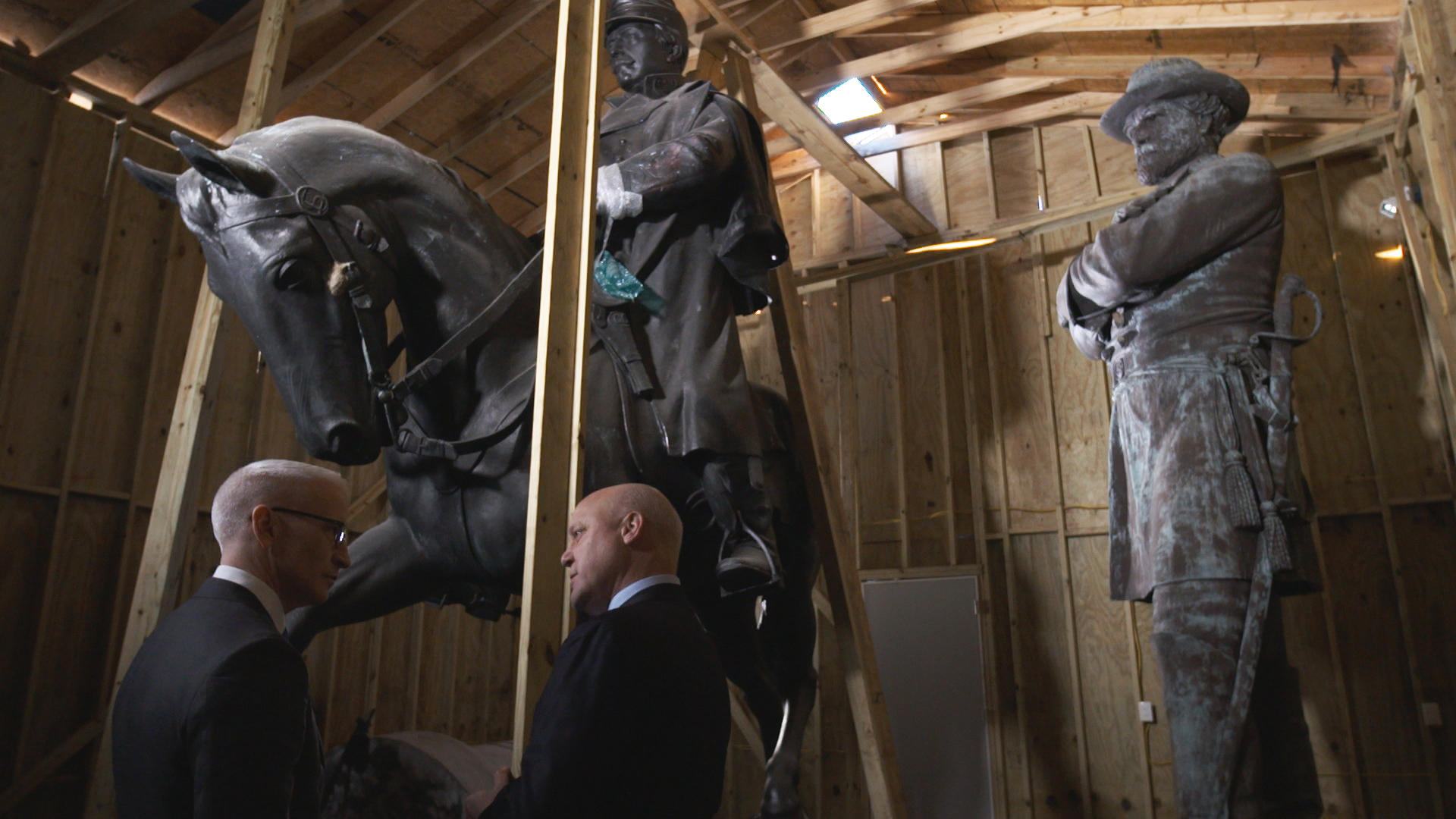 In the wake of George Floyd's death in the hands of Minneapolis police this Memorial Day, Americans have spent weeks focusing on racial injustice and the structures that have enabled it, including slavery and the Confederacy.

A majority of Americans— 52%— now supports removing Confederate statues from public spaces around the country, according to a June Quinnipiac University poll. It is a significant increase in support since August 2017, when only 39% of voters supported removing the statues.

Though the majority three years ago opposed removing monuments to the Confederacy, former New Orleans mayor Mitch Landrieu demanded it happen in his city.

In May 2017, a crane removed a 16½ foot-tall bronze statue of Gen. Robert E. Lee from its perch 60 feet above New Orleans. The statue was one of four Confederate monuments that Landrieu had removed that year.

"In a city that I represent that's 67% African American, to have a young African-American girl pass by that statue and look at it every day, I ask myself, 'Am I really preparing her for a really good future? Is she feeling like she's getting lifted up by the government, or is she being put down?'" Landrieu told Anderson Cooper for this week's 60 Minutes. "I mean, I think the answer's pretty clear."

Landrieu told Cooper that his decision to remove the Lee monument began with a conversation with an old friend, renowned jazz musician and New Orleans native Wynton Marsalis. Among other subjects, the two had been talking about plans for New Orleans ahead of the city's 300th anniversary in 2018.

"It was absolutely Wynton who said to me, 'I really want you to think about taking that thing down,'" Landrieu says in the video above.

In an interview with 60 Minutes Overtime, Marsalis says the statue was a "definitive marker" in New Orleans. The statue — which stood prominently in a traffic roundabout called "Lee Circle" — featured Lee crossing his arms and wearing his Civil War regalia. It faced north "as an affront to the Union," Landrieu says.

The monument was also an insult to Marsalis' great-uncle, who was born in 1883 and grew up on a plantation. When Marsalis was six years old, he lived with his uncle for a year and heard him repeatedly talk about how much he hated the statue.

"It made my great-uncle feel bad," Marsalis says. "So because it made him feel bad, I was aware of it."

Today, Lee's statue sits in a hastily built plywood shed, along with the other three Confederate statues that were removed from New Orleans. Landrieu asked that 60 Minutes not reveal the location.

On the broadcast, the mayor tells Cooper the monuments were a "lie."

"In the sense that Robert E. Lee was used as an example to send a message to the rest of the country, and to all the people that lived here, that the Confederacy was a noble cause," Landrieu says. "And that's just not true."

Beyond the Confederacy's racially charged defense of slavery, Marsalis emphasizes that Lee led the Confederate forces against the United States -- and they lost.

"Where in the world are you going to find a losing general with a statue in a major city of the country that won?" Marsalis asks.

Landrieu wrote a book on his decision to remove the monuments titled In the Shadow of Statues, which was released in March 2018.

After Landrieu removed the monuments in New Orleans, other cities removed their own Confederate monuments, including Baltimore, Austin, and Durham, North Carolina.

To watch Cooper's 60 Minutes report on the debate throughout the South to remove Confederate monuments, including the two that were at the center of the violence that broke out in Charlottesville in August 2017, click here.