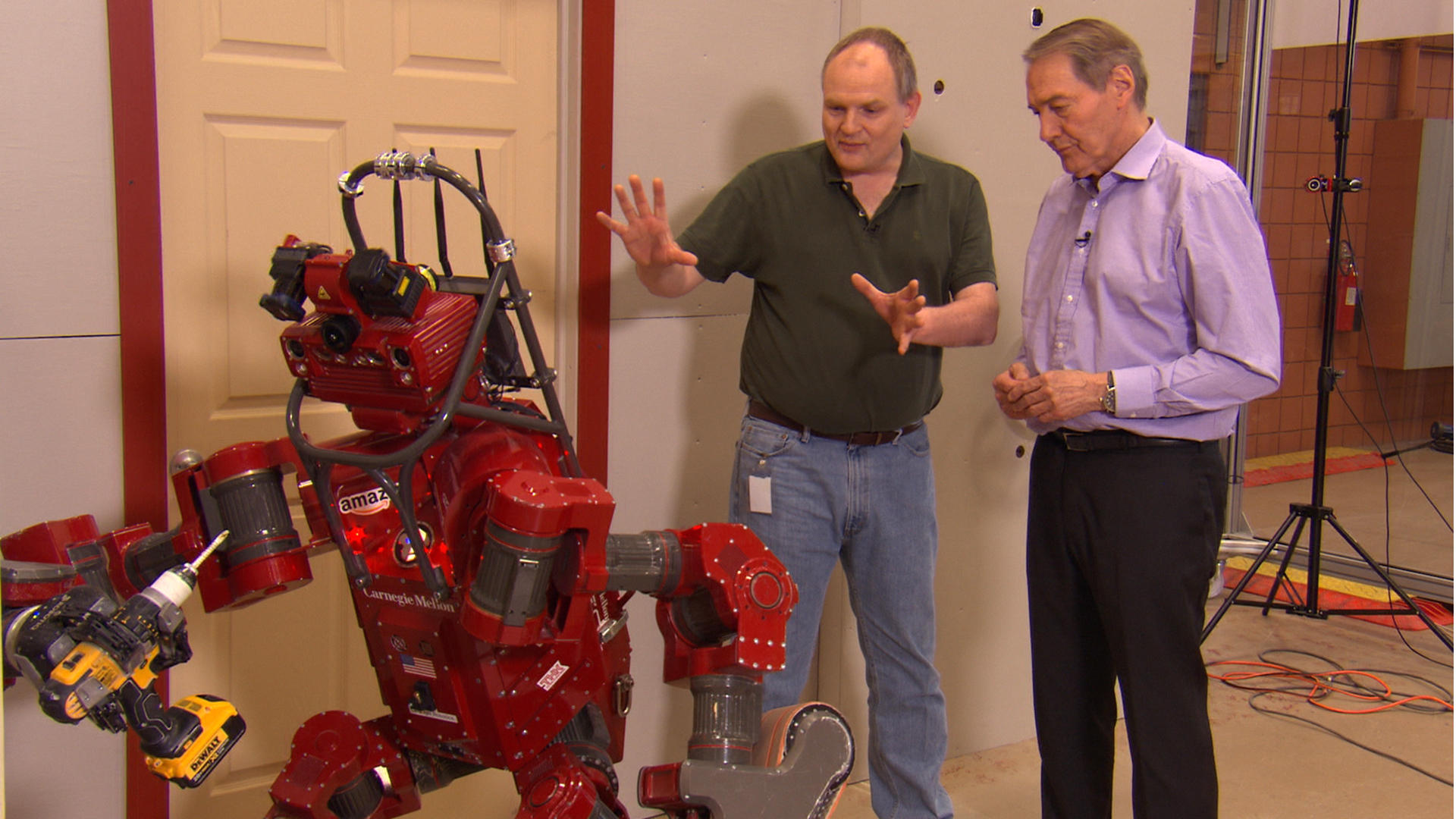 Like many of the students around them, robots at Carnegie Mellon University are constantly learning — learning how to think, how to move, and how to be more like humans.

"It's sort of this wonderland of innovation," says 60 Minutes producer Nichole Marks in the video above. "Everywhere you go, every corner of the campus, there are robots -- robots in the hallways, robots picking things up, robots talking to you."

Marks and correspondent Charlie Rose visited the Carnegie Mellon campus in Pittsburgh while reporting their two-part story on artificial intelligence, or A.I., for this week's episode of 60 Minutes. What they found in the old steel town was a glimpse into the future, says Rose. And it's a future where A.I. may enable robots to take on both the mundane and the extraordinary.

The 60 Minutes team explored the campus' robotics and artificial intelligence labs with former Google VP Andrew Moore, who now runs the Carnegie Mellon's School of Computer Science. Moore says his goal is to nurture the next generation of computer scientists who could change the world through innovation.

"When you're programming a robot, it's like magic," Moore tells Rose. "And so the thing I tell middle schoolers is the closest thing to getting to go to Hogwarts is being able to do robotics and A.I."

The autonomous robots in Carnegie Mellon's labs may seem magical, but many of them have very practical applications. In the video above, Moore shows the 60 Minutes team robots that could assist humans in military operations, disaster response scenarios, and fields that range from archeology to domestic service.

One of the projects the 60 Minutes team saw at Carnegie Mellon is an autonomous tank called the Land Tamer, which can operate without human intervention on the battlefield. The U.S. Army sponsored a test run of the vehicle last year that demonstrated how Land Tamer could be dropped into dangerous situations -- by a self-flying helicopter, no less -- and then achieve its mission on the ground independently, without putting soldiers in harm's way.

The 60 Minutes team also met CHIMP, or CMU Highly Intelligent Mobile Platform, a robot intended to perform tasks in situations that are too dangerous for humans, such as the 2011 Fukushima nuclear plant disaster.

Because CHIMP is supposed to work independently in disastrous conditions, it needs both manual and mental nimbleness. "An important part of the design these days is you can't guarantee you're going to be in radio contact all the time, so the thing has to be able to think for itself when it's out of radio communication," Moore tells 60 Minutes.

But don't expect robots to replace humans too quickly. "A lot of these robots are in their infancy," Marks says. "And they mess up." Everyday tasks like picking up a cup of coffee can still confound a robot.

Moore concedes that roboticists and A.I. researchers still have a lot of work to do. But he's optimistic that A.I. will someday help us live a safer, more secure existence.

"The biggest problems of the world — terrorism, mass migration, climate change — when I look at these problems, I don't feel helpless," Moore says. "I feel that this generation of young computer scientists is actually building technology to put the world right."