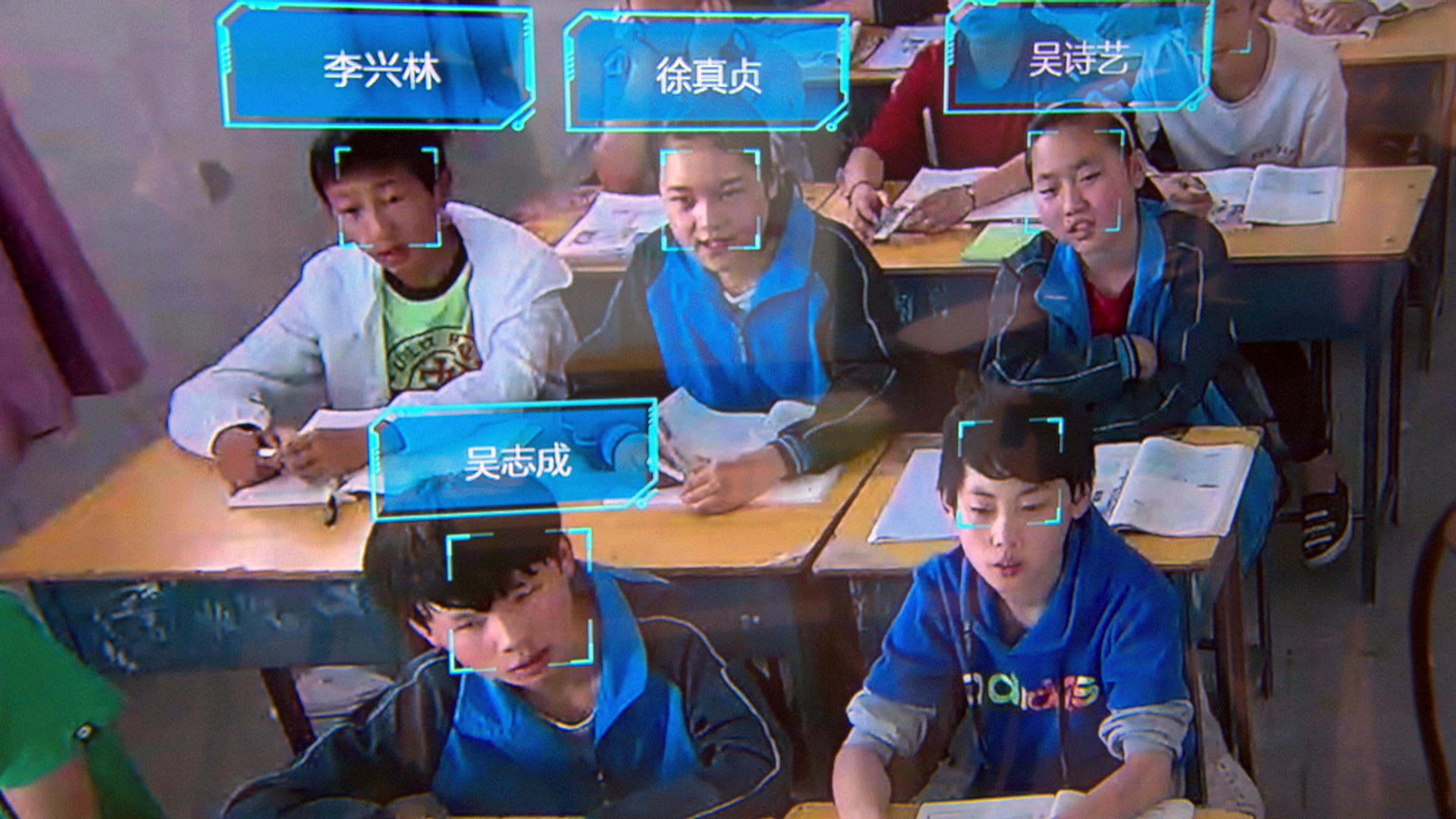 Despite what you hear about artificial intelligence, machines still can't think like a human, but in the last few years they have become capable of learning. And suddenly, our devices have opened their eyes and ears and cars have taken the wheel. Today, artificial intelligence is not as good as you hope and not as bad as you fear, but humanity is accelerating into a future that few can predict. That's why so many people are desperate to meet Kai-Fu Lee, the oracle of AI.

Kai-Fu Lee is in there, somewhere, in a selfie scrum at a Beijing Internet Conference. His 50 million social media followers want to be seen in the same frame because of his talent for engineering and genius for wealth.

Scott Pelley:  I wonder, do you think people around the world have any idea what's coming in artificial intelligence?

Scott Pelley: But you do believe it's going to change the world?

Kai-Fu Lee: I believe it's going to change the world more than anything in the history of mankind. More than electricity.

Lee believes the best place to be an AI capitalist is communist China. His Beijing venture capital firm manufactures billionaires.

Kai-Fu Lee: These are the entrepreneurs that we have funded.

Kai-Fu Lee: We have about ten billion-dollar-companies here.

In 2017, China attracted half of all AI capital in the world. One of Lee's investments is Face++, not affiliated with Facebook. Its visual recognition system smothered me to guess my age. It settled on 61 which was wrong. I wouldn't be 61 for days. On the street, Face++ nailed everything that moved. It's a kind of artificial intelligence that has been made possible by three innovations: super fast computer chips, all the world's data now available online, and a revolution in programming called "deep learning." Computers used to be given rigid instructions. Now they're programmed to learn on their own.

Let's say you want the computer to be able to pick men out of a crowd and describe their clothing? Well, you simply show the computer ten million pictures of men in various kinds of dress. That's what they mean by deep learning. It's not intelligence so much. It's just the brute force of data having ten million examples to choose from.

So, Face++ tagged me as male, short hair, black long sleeves, black long pants. It's wrong about my gray suit and this is exactly how it learns. When engineers discover that error, they'll show the computer a million gray suits and it won't make that mistake again.

Another recognition system we saw, or saw us, is learning not just who you are but how you feel.

Scott Pelley: Now what are all the dots on the screen? The dots over our eyes and our mouths?

Songfan Yang: The computer keeps track of all the feature points on the face.

Scott Pelley: Well let's look at what we are seeing here now. According to the computer, I'm confused, which is generally the case. But when I laughed I was happy. That's amazing.

The machine notices concentration or distraction to pick out for the teacher those students who are struggling or gifted.

Scott Pelley: It can tell when the child is excited about math?

Scott Pelley: Or the other child is excited about poetry?

Scott Pelley: Could these AI systems pick out geniuses from the countryside?

Kai-Fu Lee: That's possible in the future. It can also create a student profile and know where the student got stuck so the teacher can personalize the areas in which the student needs help.

"AI will increasingly replace repetitive jobs. Not just for blue-collar work but a lot of white-collar work."

We found Kai-Fu Lee's personal passion in this spare Beijing studio. He's projecting top teachers into China's poorest schools. This English teacher is connected to a class 1,000 miles away in a village called Duh-Fang.

Many students in Duh-Fang are called 'left behinds' because their parents left them with family when they moved to the cities for work. Most 'left behinds' don't get past ninth grade. Lee is counting on AI to deliver for them the same opportunity he had when he immigrated to the U.S. from Taiwan as a boy.

Kai-Fu Lee: When I arrived in Tennessee, my principal took every lunch to teach me English. And that is the kind of attention that I've not been used to growing up in Asia. And I felt that the American classrooms are smaller, encouraged individual thinking, critical thinking. And I felt it was the best thing that ever happened to me.

And, 'the best thing that ever happened' to most of the engineers we met at Lee's firm – they too are alumni of America – with a dream for China.

Scott Pelley: You have written that Silicon Valley's edge is not all it's cracked up to be. What do you mean by that?

Kai-Fu Lee: Well, Silicon Valley has been the single epicenter of the world technology innovation when it comes to computers, internet, mobile and AI. But in the recent five years, we are seeing that Chinese AI is getting to be almost as good as Silicon Valley AI. And I think Silicon Valley is not quite aware of it yet.

China's advantage is in the amount of data it collects. The more data, the better the AI. Just like the more you know, the smarter you are. China has four times more people than the United States who are doing nearly everything online.

Scott Pelley: I just don't see any Chinese without a phone in their hand.

College student Monica Sun showed us how more than a billion chinese are using their phones to buy everything, find anything and connect with everyone. In America, when personal information leaks, we have congressional hearings. Not in China.

Scott Pelley: Do you ever worry about the information that's being collected about you where you go what you buy who you're with?

Monica Sun: I never think about it.

Scott Pelley: Do you think most Chinese worry about their privacy?

Monica Sun: Not that much.

Scott Pelley: Not that much.

With a pliant public, the leader of the Communist Party has made a national priority of achieving AI dominance in ten years. This is where Kai-Fu Lee becomes uncharacteristically shy. Even though he's a former Apple, Microsoft and Google executive, he knows who's boss in China.

Scott Pelley: President Xi has called technology the sharp weapon of the modern state. What does he mean by that?

Kai-Fu Lee: I am not an expert in interpreting his thoughts. I don't know.

Scott Pelley: There are those, particularly people in the west who worry about this AI technology as being something that governments will use to control their people and to crush dissent.

Kai-Fu Lee: As a venture capitalist, we don't invest in this area, and we're not studying deeply this particular problem.

Scott Pelley: But governments do.

Kai-Fu Lee: It's certainly possible for governments to use the technologies, just like companies.

Lee is much more talkative about another threat posed by AI. He explores the coming destruction of jobs in a new book, "AI Superpowers: China, Silicon Valley and the New World Order."

Kai-Fu Lee: AI will increasingly replace repetitive jobs. Not just for blue-collar work but a lot of white-collar work.

Scott Pelley: What sort of jobs would be lost to AI?

Kai-Fu Lee: Basically chauffeurs, truck drivers anyone who does driving for a living their jobs will be disrupted more in the 15 to 20 year time frame and many jobs that seem a little bit complex, chef, waiter, a lot of things will become automated we'll have automated stores, automated restaurants, and all together in 15 years, that's going to displace about 40 percent of the jobs in the world.

Scott Pelley: Forty percent of the jobs in the world will be displaced by technology?

Kai-Fu Lee: I would say displaceable.

Scott Pelley: What does that do to the fabric of society?

Kai-Fu Lee: Well, in some sense there is the human wisdom that always overcomes these technology revolutions. The invention of the steam engine, the sewing machine, electricity, have all displaced jobs. And we've gotten over it. The challenge of AI is this 40 percent, whether it is 15 or 25 years, is coming faster than the previous revolutions.

There's a lot of hype about artificial intelligence, and it's important to understand this is not general intelligence like that of a human. This system can read faces and grade papers but it has no idea why these children are in this room or what the goal of education is. A typical AI system can do one thing well, but can't adapt what it knows to any other task. So for now, it may be that calling this "intelligence," isn't very smart.

Scott Pelley: When will we know that a machine can actually think like a human?

Kai-Fu Lee: Back when I was a grad student, people said, "If machine can drive a car by itself, that's intelligence." Now we say that's not enough. So, the bar keeps moving higher. I think that's, I guess, more motivation for us to work harder. But if you're talking about AGI, artificial general intelligence, I would say not within the next 30 years, and possibly never.

Kai-Fu Lee: Because I believe in the sanctity of our soul. I believe there is a lot of things about us that we don't understand. I believe there's a lot of love and compassion that is not explainable in terms of neural networks and computation algorithms. And I currently see no way of solving them. Obviously, unsolved problems have been solved in the past. But it would be irresponsible for me to predict that these will be solved by a certain timeframe.

Scott Pelley: We may just be more than our bits?

Editor's Note: In an earlier version of this story, we stated that Kai-Fu Lee has funded 140 artificial intelligence start-ups. The correct number is 50.

Living to 90 and beyond