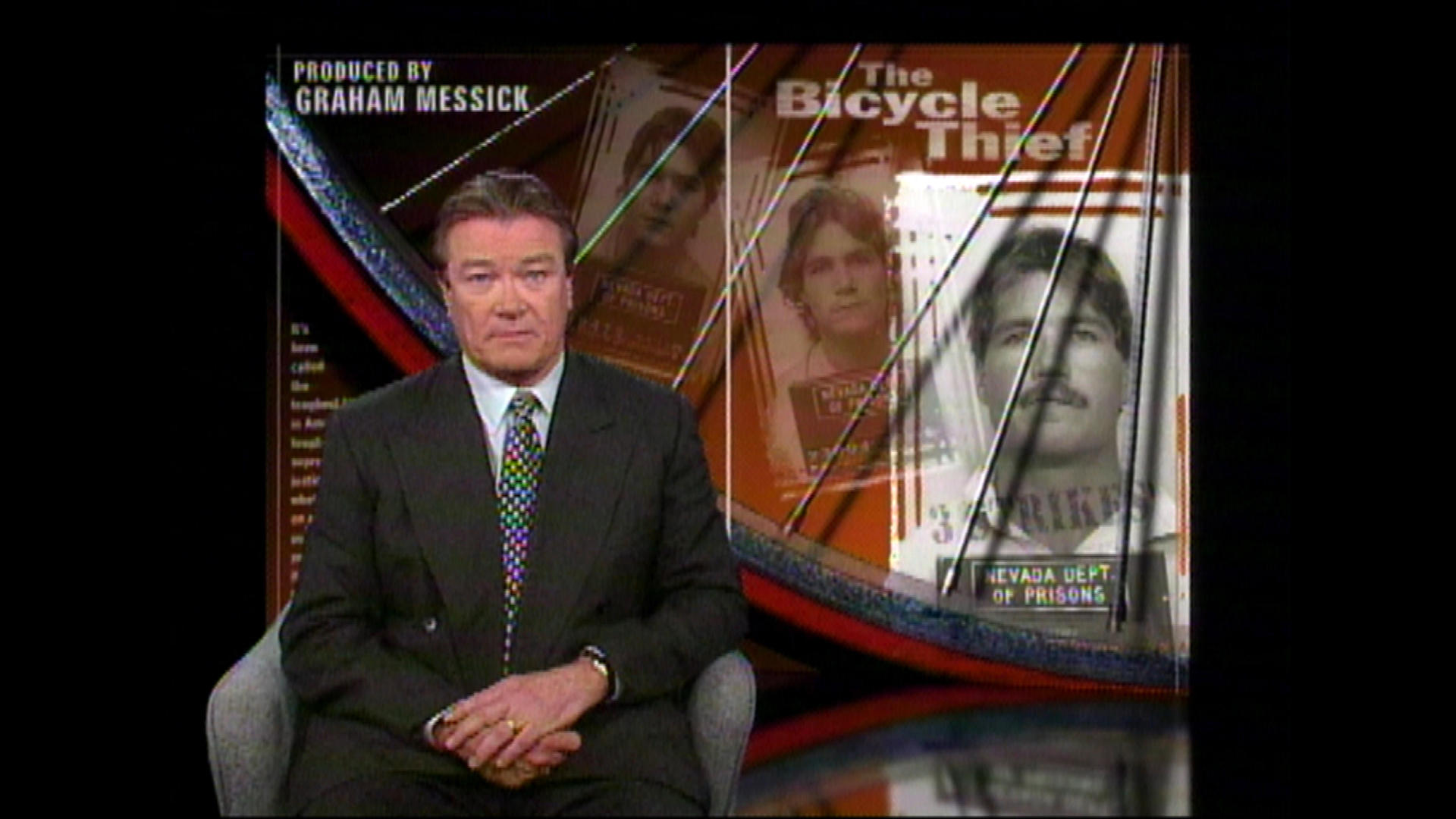 Nearly 20 years ago, 60 Minutes broadcast a report called "The Bicycle Thief." It told the story of Steven Bell, a tree trimmer from Citrus Heights, California, who was facing 35-years-to-life in prison for stealing a bicycle. Back in the year 2000, correspondent Steve Kroft was coming face-to-face with "the toughest law in America," California's Three Strikes law. Bell was 36 then, facing a by-the-book prosecutor at a time when voters punished any politician they deemed "soft" on crime. Shortly after our story aired, Bell was sentenced to 35-years-to-life.

California's Three Strikes law is still on the books, but it was amended in 2012, making it less likely a non-violent criminal would suffer the fate of Steven Bell, including giving such prisoners the right to petition the court to reduce their sentences. Another proposed change would insure that the "third strike" leading to life in prison must be for a violent felony.

Steve Kroft's original report is above.