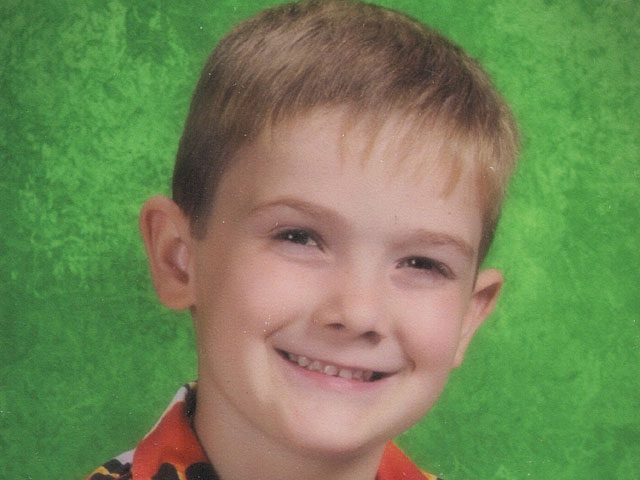 Amy J. Fry-Pitzen and Timothy were originally reported missing about 1 p.m. Thursday by Amy's husband, who is also the boy's father. The two apparently visited the zoo on Wednesday, then checked into the Key Lime Cove Resort in Gurnee, Ill., near the Wisconsin border, reports CBS station WBBM.

Timothy was last seen at about 10:10 a.m. on Friday when he accompanied his mother, checking out of the Kalahari Resort in the Wisconsin Dells, reports the station.

No one heard from Amy or Timothy until Friday afternoon when she contacted several family members and acquaintances by phone, police say. Timothy talked to at least one of the relatives and did not seem to be in any distress, according to WBBM.

Detectives say that Amy then checked herself into the Rockford Inn in Northern Illinois Friday night. At the time, she apparently was not accompanied by Timothy.

Her body was discovered by motel employees at about 12:30 p.m. Saturday. She left a note indicating that Timothy was fine and that she left him in the care of unnamed people, reports the station.

Police are continuing to seek leads and information from multiple jurisdictions. Numerous family members and friends are fully cooperating with the investigation, an Aurora police spokesman told WBBM.

"So far right now, all the people we've talked to have been consistent... [Amy] indicated that she needed some time away and she did not threaten to harm herself or the boy," Aurora spokesman Dan Ferrelli said to the station.

Timothy is described as 4-feet-2-inches tall and 70 pounds with brown hair and brown eyes. He was last seen wearing green shorts and a Spider-Man backpack.