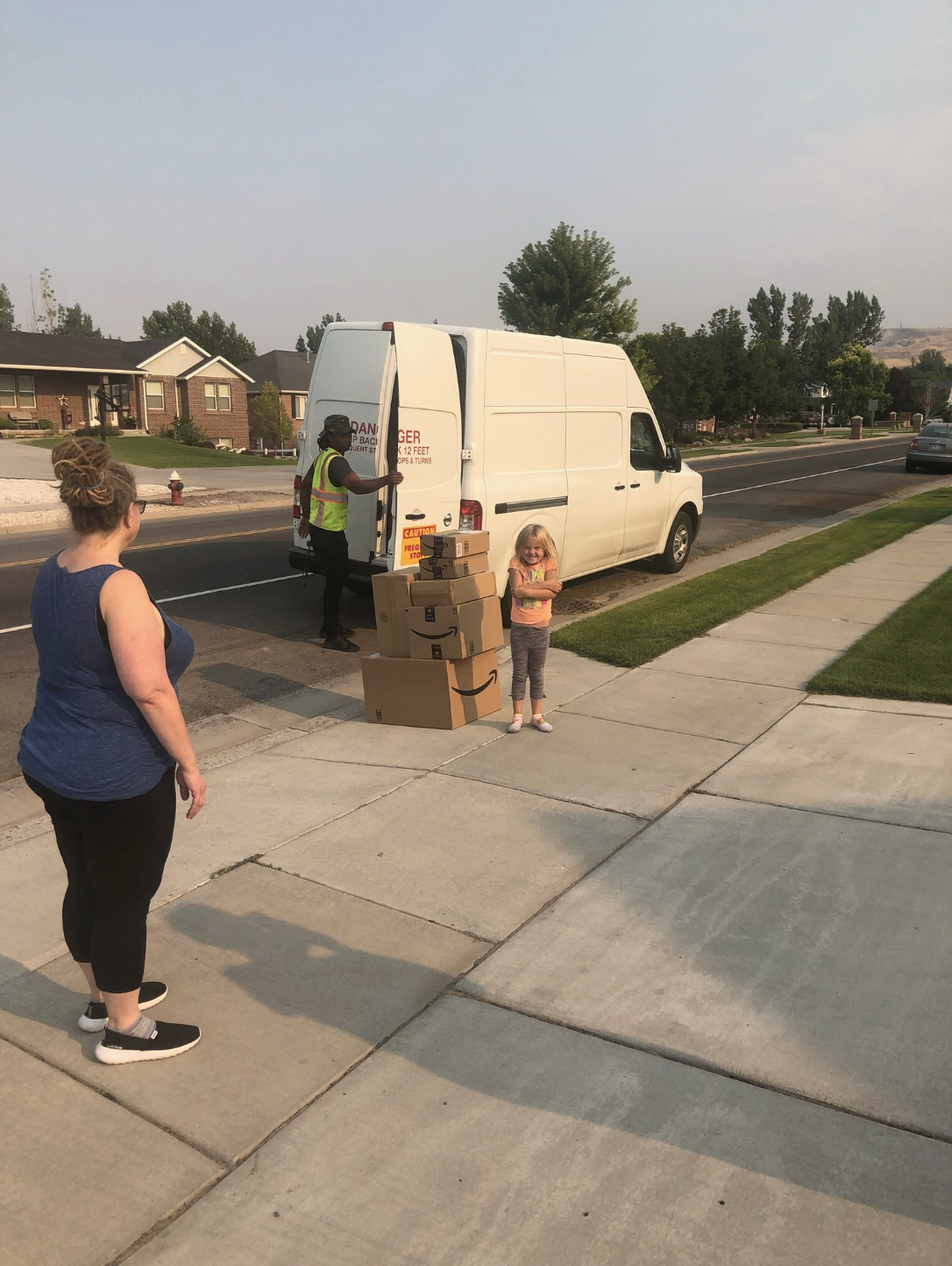 A Utah girl's sneaky shopping spree is gaining widespread attention online after her cousin shared the story on Twitter. Ria Diyaolu tweeted a photo her 6-year-old cousin, Kaitlin, standing on the sidewalk with several Amazon boxes that were just dropped off by a delivery man.

Kaitlin looks very pleased with the huge delivery -- but her parents were not. "My badass little cousin ordered $300 worth of toys w/o my aunt & uncle knowing. This is a picture of how everyone found out," Diyaolu wrote on Twitter.

In the photo, Kaitlin's mom has her back turned to the camera, but one could imagine the look on her face. Kaitlin logged on to her mom's Amazon account and had her pick of all the toys she wanted.

"They just started unloading box after box after box," Diyaolu told BuzzFeed News after her photo went viral on Twitter. The stack of boxes in the photo is just as tall as the 6-year-old. Diyaolu also shared a photo of the smug 6-year-old posing with the delivery man.

"Her mom went on her Amazon account and saw three pages of things she had ordered," Diyaolu said.

Turns out, Kaitlin's order cost more than Diyalou originally thought. She spent $350 on toys and games, Buzzfeed reports. "She knew exactly what she was doing when she did it," Diyaolu said. "I was so surprised that a 6-year-old knew how to do one-click, next-day shipping."

Diyalou's photo of her proud cousin, standing with a stack of Amazon boxes, has received a plethora of comments -- some people were amused, while others commiserated with Kaitlin's mom.

The serial shopper won't get to keep all of the toys she ordered -- her mom is only letting her hold on to one Barbie. Instead of punishing the shopaholic, her parents had her donate the toys to a local children's hospital, her cousin wrote on Twitter Tuesday.

"She wanted to give a little joy to those who aren't well," Diyaolu wrote, sharing two photos of Kaitlin giving toys to the same hospital she was born in. Like the first photos Diyaolu posted, Kaitlin looked proud standing next her stack of toys. This time, however, she was happy about what she was giving to those in need.