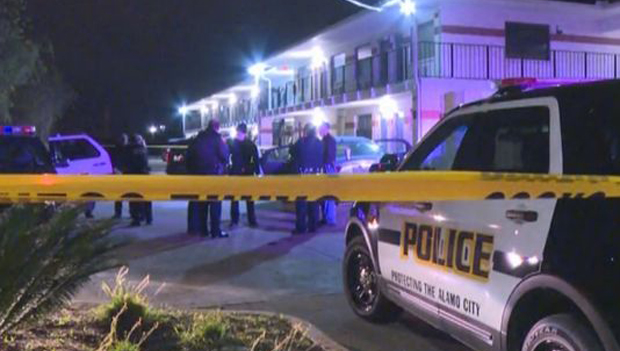 SAN ANTONIO -- Police say a suspect is in custody after a 6-year-old was injured in an apparent road rage shooting, reports CBS affiliate KENS.

Police say the girl suffered a shoulder wound in the shooting, according to the station. An update on her condition was not immediately known.

The incident took place around 8:30 p.m. Tuesday, when the girl's family pulled into an apartment complex, reportedly by accident, while on their way to a tire shop, police say. The suspect was allegedly upset, because he thought they had flashed their lights at him.

Police say the family started to drive away after an argument and the man began firing at their car multiple times, according to KENS. The alleged shooter then got into his car and fired more shots.

The family reportedly called police while the man drove away.

When police arrived at the apartment complex, the suspect had allegedly attempted to escape in his car and then by foot before being apprehended. He is now is custody, according to the station.