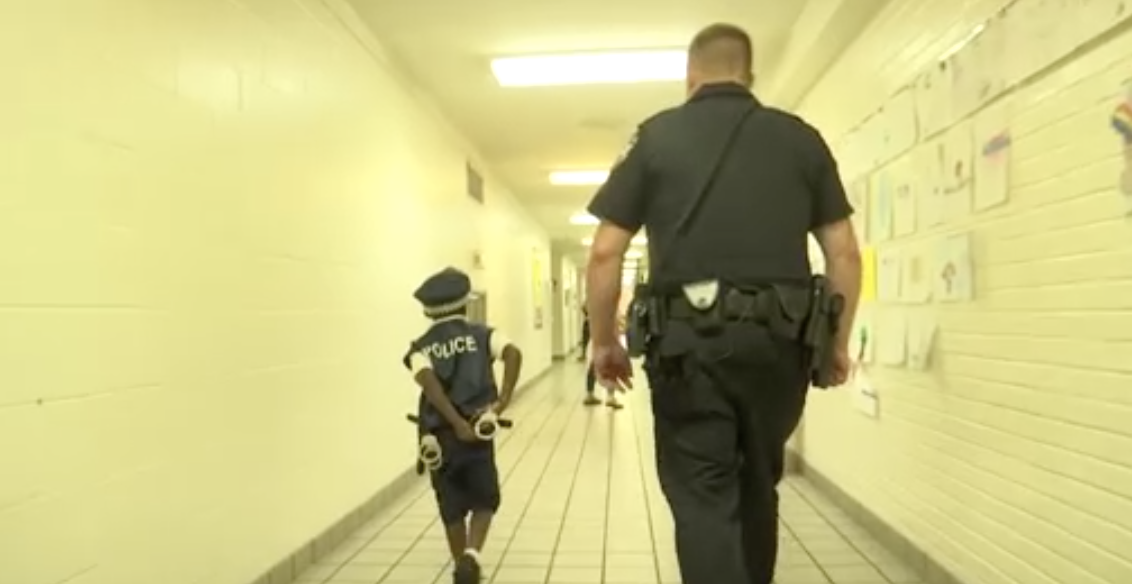 Six-year-old Braylon Henson used to spend many of his recesses alone. The first-grader from Bay Minette, Alabama, has a form of a disease called ectodermal dysplasia and was born without sweat glands. So when his classmates are outside playing, Braylon often has to stay indoors. If it's above 74 degrees, he runs the risk of overheating.

But thanks to a new friend, Braylon doesn't spend recess alone anymore.

He formed an unlikely friendship with School Resource Officer Ronald Saladin. "I noticed his classmates were out there playing and he was in here by himself," Saladin told CBS affiliate WKRG-TV. "I let him come walk with me because he felt left out."

Braylon loved patrolling the halls with Saladin during recess that day, so he continued to tag along. Saladin found a new partner in Braylon, who takes his job very seriously. The Bay Minette officer even bought the boy his very own police uniform, so he could look the part during their daily walks around the school.

He may only be in first grade, but Braylon appears to be the bad cop to Saladin's good cop. "You know what you're getting right? A ticket," Braylon told a teacher while WKRG went on patrol with him and Saladin.

Saladin says he's happy to have a new buddy to patrol with. "He felt left out, and I didn't want him to feel left out. His mom was afraid he was going to get picked on and bullied when he came to school," Saladin said.

Braylon's teachers say they've noticed a confidence boost in the 6-year-old, and his grades have gone up since he put on that cop uniform. "It's definitely a blessing, like it was meant to be," Saladin said of his new partner in crime-solving.