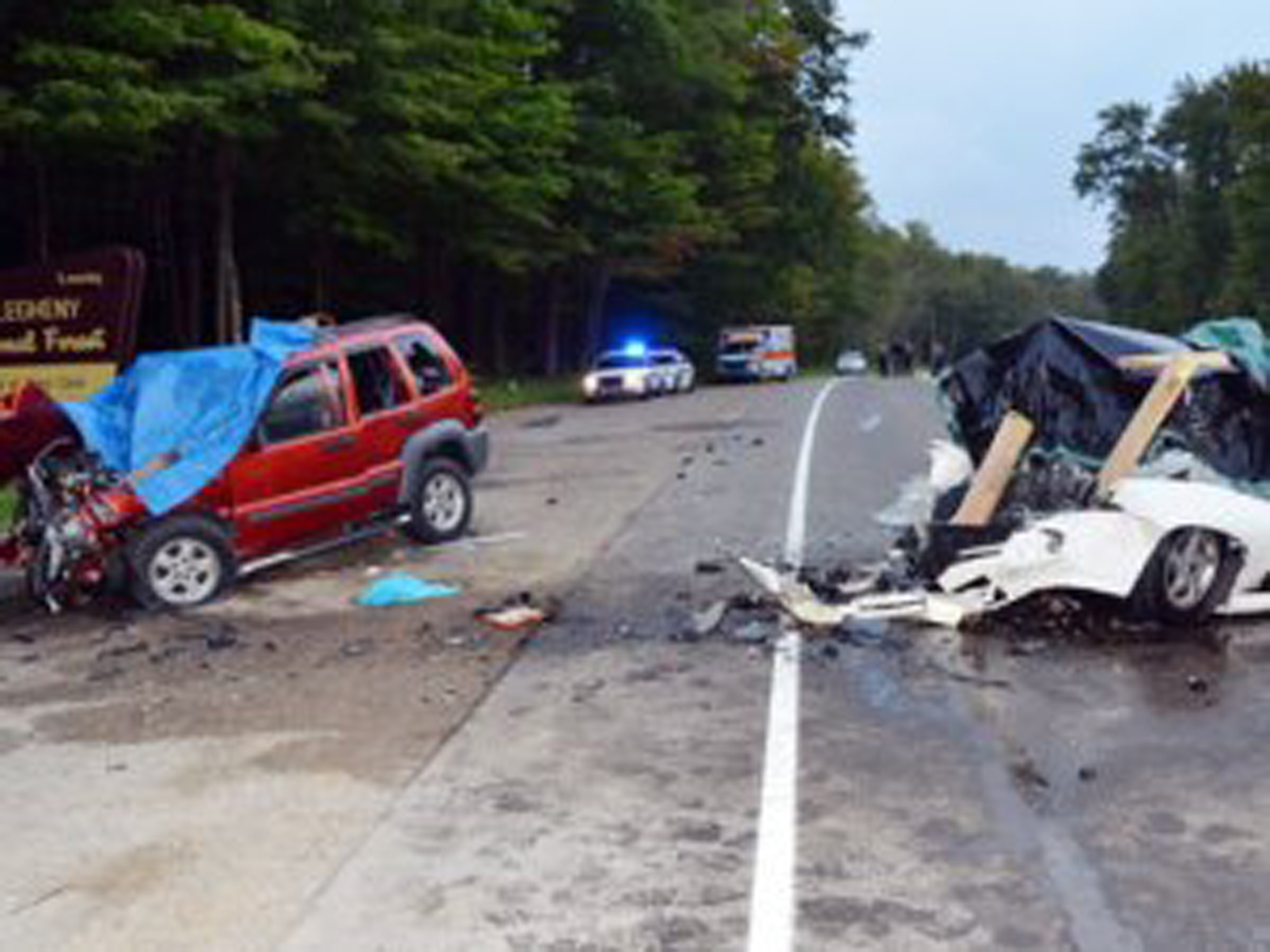 A Jeep Liberty driven by 36-year-old Kathy Douglas of Kane crossed the center line at about 4:30 p.m. Saturday and hit an approaching Pontiac Bonneville in the Allegheny National Forest, killing her daughter and nephew as well as four people in the sedan, state police said.

The four occupants of the car, all residents of nearby St. Marys, died in the crash: the driver, Gary Beimel, 62, and passengers David Cuneo, 54, Elaine Beimel, 55, and Florence Donachy, 81.

Douglas' 6-year-old nephew, Jarrett Costanzo, and 12-year-old daughter, Olivia Douglas, were killed. Douglas and her 10-year-old son were seriously injured. The names of the two deceased children were released by Cummings Funeral Home in Kane, which is handling arrangements.

Jarrett was a student at Kane Area Elementary School, said Sam Cummings, who works at the funeral home. His funeral will be held at 11 a.m. Thursday at St. Callistus Catholic Church in Kane followed by burial in St. Callistus Cemetery.

Cummings said the injured boy was flown to Children's Hospital of Pittsburgh.

A nursing supervisor at UMPC Hamot in Erie said Douglas was in serious condition Sunday night.

The investigating officer, Trooper Roger McCloskey, said he believes Douglas was at fault and will face some sort of charges.

"I have no idea yet, but the investigation is continuing," he said Sunday.

Police said Douglas and Gary Beimel were wearing seatbelts, but at least three of the deceased were not.

McKean County Coroner Michael Cahill said all six were declared dead at the scene of the wreck, and all died from blunt force trauma injuries. No autopsies were planned, and Cahill released the remains to funeral homes Sunday.

Arrangements for the four occupants of Beimel's vehicle were being handled by Lynch-Green Funeral Home Inc. in St. Marys, the coroner said. A message left for Lynch-Green was not immediately returned.

Police said both vehicles were severely damaged, and U.S. Route 219 was closed in both directions for more than six hours.