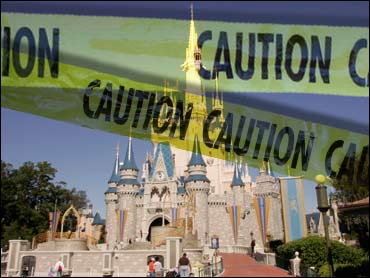 Five Walt Disney World visitors and an employee were injured Tuesday after unexpectedly exiting a water ride that simulates a trip down a rain forest river, authorities said.

Bo Jones, Reedy Creek's deputy fire chief, said the injured guests were a family of four and a teenager. He said they suffered neck and back pain and other bumps and bruises, but no serious injuries.

Disney spokeswoman Jacquee Polak said a sensor on the Kali River Rapids ride tripped, forcing it to stop and riders to exit suddenly. She said the injuries happened while people were evacuating, and Disney determined the problem was a faulty exit platform. The park removed the platform and reopened the ride Tuesday.

The ride simulates a river rapids trip through a rain forest in the Animal Kingdom part of Disney World.

Polak said she was not aware of a similar problem occurring before, but the park closed the ride to investigate.