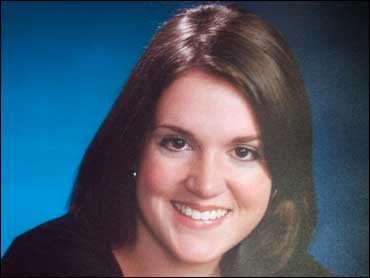 The city of Boston paid $5.1 million Monday to the parents of a college student who was killed by a pepper-spray pellet fired by police trying to subdue a riot among Red Sox fans outside Fenway Park after Boston's playoff win over the New York Yankees last fall.

Victoria Snelgrove, a 21-year-old Emerson College senior, died hours after she was hit in the eye socket with the projectile Oct. 21 after Boston beat the Yankees for the American League pennant.

"I am hopeful the settlement recognizes the tremendous loss to them and represents our acceptance in the role the police played in that tragedy," Police Commissioner Kathleen O'Toole said.

O'Toole said Snelgrove was an innocent bystander and had not "engaged in any activity that would have led police to think that she was behaving unlawfully."

Patrick Jones, the Snelgrove's family lawyer, said that acknowledgment was the most important aspect of the settlement to her family.

Snelgrove's parents, Richard and Dianne Snelgrove, described the impact of their daughter's death on a DVD their lawyer gave reporters.

"I guess the best way to describe it is I feel like I'm in hell," her mother said. "It's so difficult to get up in the morning and know she's not going to be here."

Richard Snelgrove recalled the last 12 hours of his daughter's life, after she lapsed into a coma. The family kept a bedside vigil at the hospital and watched her slowly "fade away," he said.

"I would hold her hand and there was just no movement," he said. "We stayed there until the last few moments. It was absolutely the most horrific time of our life."

The DVD also included footage of Victoria Snelgrove, an aspiring broadcast journalist, "interviewing" herself. Sitting on her bed, she recalls feeling that she lived in a "bubble" until an aunt died after a short battle with brain cancer.

"Our lives were so good, and we haven't been in touch with any tragedy or anything," she said. "That's one of my hugest fears - that in a second my life or somebody close to me's life could just be taken away."

Also Monday, Deputy Superintendent Robert O'Toole, who was in charge of police operations around Fenway that night, will retire from the force, the commissioner said. The two are not related.

Robert O'Toole authorized the use of the pellet guns and fired one of the weapons that night. Another officer fired the fatal shot, investigators found.

The district attorney's office is still looking into whether criminal charges are warranted against the officers who fired the weapons.

The commissioner has also named a special outside panel, headed by a former federal prosecutor, to look into the shooting and police policies.

The commissioner said investigators are trying to determine if the weapon malfunctioned, and the settlement calls for the Snelgrove family to cooperate with the city in any legal action taken against the manufacturer. The family would then share in the proceeds of any damages recovered.