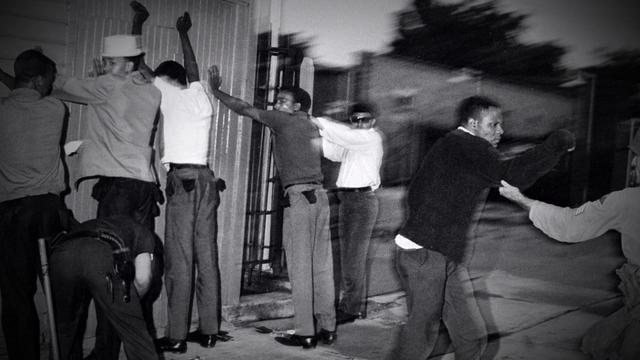 Fifty years ago this week, the despair of a city led to devastation on its streets when an unfounded rumor that a man had died in police custody triggered five nights of gunfire, arson and looting in Newark, New Jersey. The riots left 26 people dead and neighborhoods in ruins.

Those who remember 1967 as the "Summer of Love" may have forgotten what happened that year in cities like Newark.

For nearly a week, residents clashed with police after a cab driver named John Smith was beaten by officers of the 4th precinct.

"That precinct had a notorious reputation. People thought Smith had been killed," said Lawrence Hamm, who leads the People's Organization for Progress. He was 12 years old when his city caught fire.

"This was an explosive period. When they think of riots they think of Newark. Detroit happened two weeks after," Hamm said. "This was happening all over the country. You had these majority black cities or majority black communities and they were patrolled by nearly all-white police forces and abusing people, violating people's constitutional rights. The most famous writer from Newark, Amiri Baraka, he was nearly beaten to death by the police."

Baraka was a poet, playwright and political activist.

"His consciousness, his personal ideas, the things that he would do in the community was changing and in fact was becoming more escalated," said Newark's current mayor Ras Baraka -- Amiri Baraka's son.

Asked about the irony that he is running that very government and police department once condemned by his father, Baraka said, "God has a sense of humor."

"Newark is a world away from 1967 in some places, and in some instances we're still there, right? Emotionally, I think there are a lot of folks still in 1967, because we have not fully grappled with that, we have not dealt with it," Baraka said.

There have been efforts over the decades to distance this city from its past. Most of Newark's high-rise housing projects have come down and blocks that were burned half a century ago have been redeveloped.

And while many displaced small businesses left town after the summer of '67, Fit-Rite Fashions moved just a few blocks away.

"If I moved out of Newark, all of these customers, they'd have no way to get to me," said the store's owner, Monroe Bierman.

"A lot of people even today, when you mention Newark, they say, 'I wouldn't go down there.' They're afraid," Bierman said. "You get used to it, you know?"

"Whether we talk about Rodney King, we talk about Ferguson, we talk about Baltimore. It'll continue to happen because the conditions that caused the rebellions in the '60s are still present in places in America today," Hamm said.

Asked about the nationwide tensions between police and the communities they work in, Baraka said, "Well, there's a few differences. So now you have people of color who are the majority of the population here, in authority, in power. Right, so, you have them in the police department, you have them in the city government and in 1967 that was nonexistent."

The Newark mayor says it's about having police in more than just negative situations.

"You put your police force in places where people can see them other than the relationship that they have of cop and criminal. The police showing up when somebody do something bad. You have the police present when things are OK," Barak said.

Though long-cited among America's more dangerous cities, last year Newark claimed its lowest crime rate in 50 years and the city's population is on the rise.

"Newark is changing very, very fast. There's an economic boom here. We have billions of dollars worth of development happening in this downtown area and it's spreading out into the neighborhoods very, very quickly. Newark has an opportunity to be a model for many, many cities around the country," Baraka said.

Baraka also says we often mischaracterize what happened in his city as a riot. A riot, he says, is what rowdy sports fans do after a victory. What happened in Newark was not as spontaneous.

Tensions had been simmering there for far too long. Like his father who didn't live to see him become mayor, Baraka considers what happened 50 years ago an uprising.