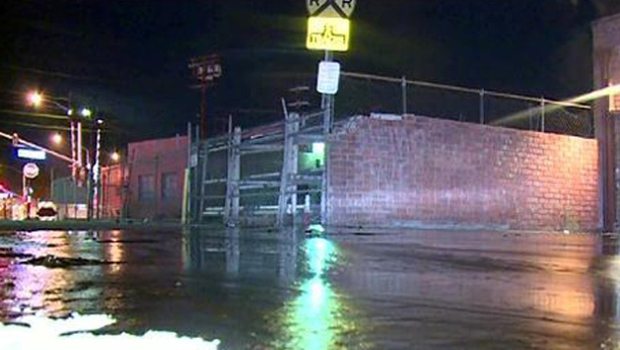 GLENDALE, Calif. -- Crews were working Thursday to clean up more than 10,000 gallons of crude oil that spilled from a ruptured oil pipe onto streets of a Los Angeles suburb.

According to the Los Angeles Fire Department, the leak from a 20-inch pipe was reported at about 12:15 a.m. Thursday in the Atwater Village neighborhood of Glendale.

CBS Los Angeles reported that flow to the above-ground line - which is owned by Plains All American Pipeline and which runs from Bakersfield to Texas - was shut off around 1:20 a.m.

Oil spilled over approximately half a mile and was knee-high in some areas.

The pipe ruptured because of a leaking valve and sent oil up to as high as 50 feet into the air, CBS Los Angeles reported.

"Keep in mind this was a 20-inch pipe, a thousand pounds of pressure behind that pipe, and we had approximately 20 feet of oil spraying in the air," Los Angeles City Fire Captain Jaime Moore told CBS radio KNX.

No injuries were reported, but according to CBS Los Angeles several people were transported to a local hospital complaining of illness from the odor.

A handful of commercial businesses are affected, including a strip club that was evacuated.

Fire department spokesman Erik Scott said there's no "visible evidence" that the oil has entered storm drains, which empty into the Los Angeles River. But he said it's possible that oil has seeped under manhole covers.