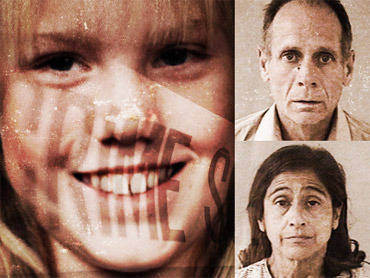 SOUTH LAKE TAHOE, Calif. -- Tuesday marks five years since Jaycee Lee Dugard, who was abducted as a child in 1991 on her way to school, was discovered alive after 18 years in captivity.

It was Aug. 26, 2009, that Dugard turned up at a Concord, Calif. parole office with her two children and Phillip and Nancy Garrido, the Antioch couple accused of kidnapping her when she was 11.

Dugard's stepfather witnessed her 1991 abduction and gave police a description of her kidnapper's car, which he said he believed was occupied by a man and a woman. She had been on her way to school near her home in South Lake Tahoe, a California town near the Nevada border.

Dugard was hidden for years behind a series of sheds and tents, giving birth to her alleged abductor Phillip Garrido's children in the suburban backyard compound less than 200 miles from her childhood home.

The two-decade captivity came to an end when her captors attended a parole meeting with the then-29-year-old and her two daughters.

At the parole office, Dugard identified herself as "Alyssa," reported CBS station KOVR. Garrido reportedly said that Dugard and her daughters were his nieces, but investigators were skeptical.

Garrido eventually confessed to a parole officer that he had kidnapped and raped Dugard, according to the station. Dugard later identified herself.

In addition to kidnapping and false imprisonment, the Garridos were charged with multiple counts of rape, lewd conduct with a minor and child pornography, KOVR reported.

In 2011, they pleaded guilty to all the charges except child pornography.

Phillip Garrido had been under parole supervision because of a 1977 conviction for raping a 25-year-old woman. He was released from prison in 1988 and placed under federal supervision until 1999, when California took over. The state has been criticized for its handling of his case.

The plea deals spared Dugard and her two daughters, then 13 and 16, from testifying at a trial.

After the plea, Dugard said in a statement: "I'm relieved that Phillip and Nancy Garrido have finally acknowledged their guilt and confessed to their crime against me and my family."