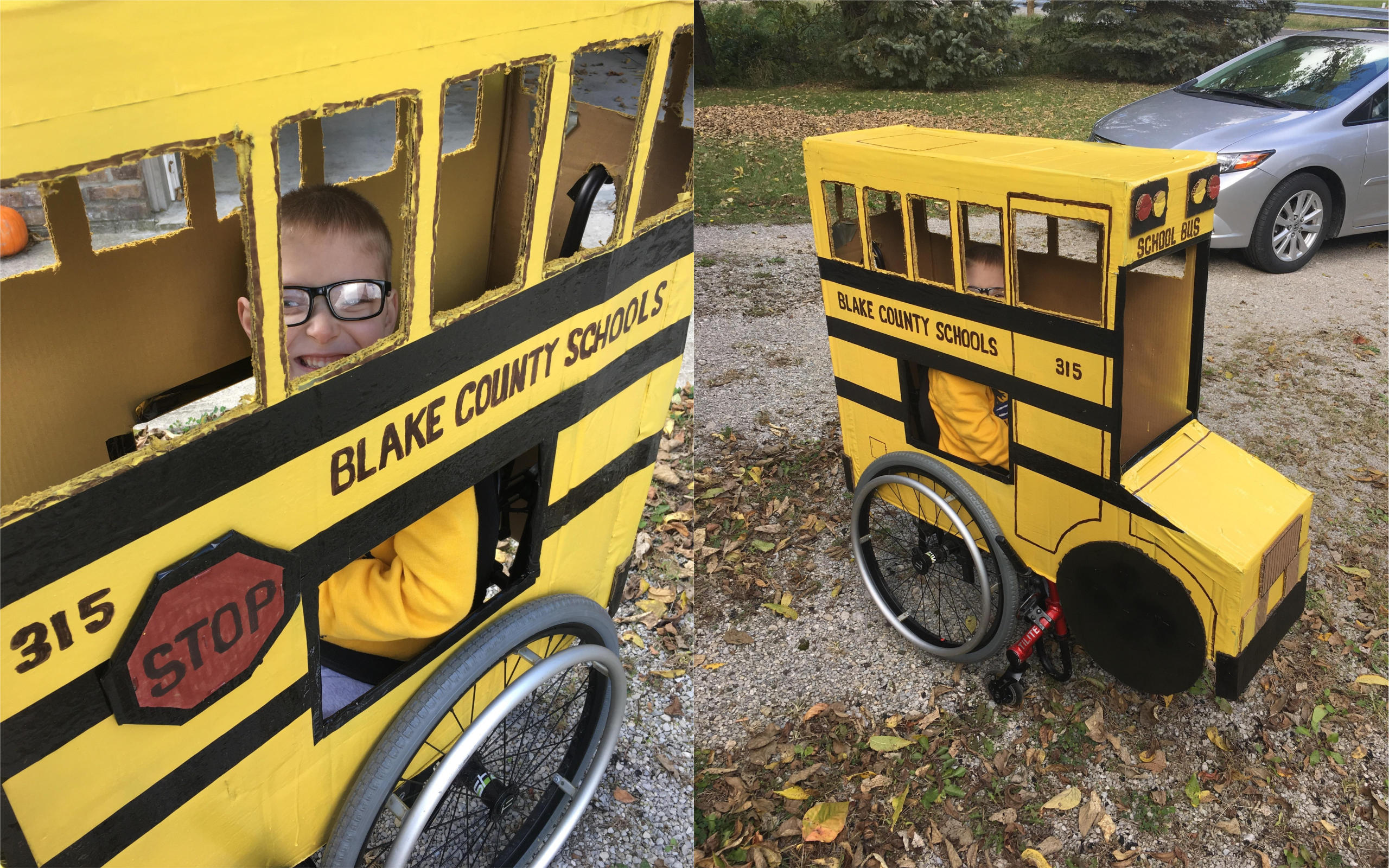 Five-year-old Blake Mompher from Prospect, Ohio, was born with spina bifida and uses a wheelchair to get around, but that's not stopping him from celebrating Halloween with a cool costume.

Blake's grandfather made him a custom costume that works perfectly with his wheelchair — a bright yellow school bus he can cruise around in. Images of Blake's special costume went viral this week when his mom, Megan Mompher, posted them on Facebook.

"He loves his chair he does all kinds of tricks in it and he does spins and wheelies and he's just a really fun kid," Mompher told CBS News.

Blake got his first wheelchair at the age of one and a half, his mom said. For Halloween in 2016, "We did a bulldozer [costume], one with the bucket in the front, and that was a big hit," Mompher said. This year, Blake wanted another cool costume.

"I looked online and found ideas. He loves school buses... he always loves when they drive by," Blake's mom said. His two older sisters take a school bus every day, so Blake is used to seeing them. "And next year he'll ride one when he goes to kindergarten."

Mompher asked her father-in-law, Blake's grandfather, if he thought he could create a school bus costume to fit over Blake's wheelchair. "I said, 'This is what I want to do, can you do it?' He said, 'Yeah,'" Mompher said. "He did it all by hand just from pictures. He's amazing."

Blake tried on his Halloween costume for the first time Wednesday and immediately loved it. Mompher posted videos showing a smiling Blake riding around in the "Blake County Schools" bus. The sight made the mom teary, she said.

"Everyone that talks to him or sees him is like, 'Does he every cry or does he ever get mad?' He's just always happy, he has a positive attitude. He's been through so much," Mompher said. "He's actually having a surgery next month. It's probably the biggest one we're going to have. It's a whole bladder reconstruction."

Mompher said despite this upcoming surgery, Blake is staying positive. "Even him knowing that's coming, he just always has a positive attitude, he's always happy," she said. "It's all he knows and he kinda goes with the flow of things." Instead of dreading the surgery, the 5-year-old is looking forward to something else: trick-or-treating in his school bus costume.