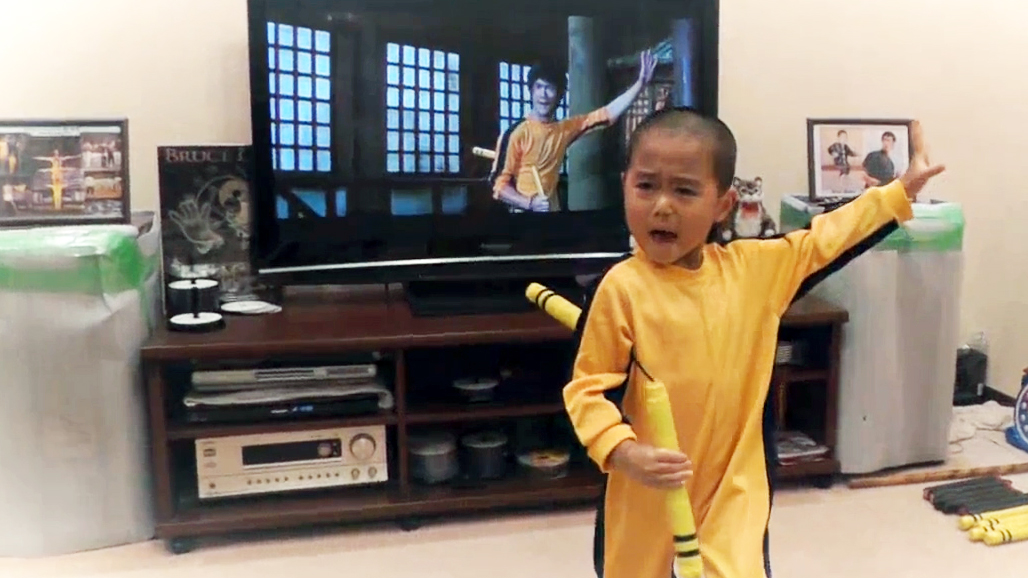 Some of the latest and greatest viral videos viral videos include a little kid that just might be the reincarnation of Bruce Lee, a Metallica song played backwards, one of the world's largest natural waterslides and a dirtbike triple backflip.

Rob Scallon shared video of his performance of Metallica's "Enter Sandman" -- backwards. He pulls off all of the instrumentation and vocals, and then plays it all back in reverse.

If ever there was a non-Lord-of-the-Rings reason to travel to New Zealand, this is it. In this video from devinsupertramp, Mother Nature provides some built-in fun with one of the world's biggest, all natural waterslides.

And, fearless, flying stunt rider Josh Sheehan pulls off the world's first ever triple backflip on a motorcycle -- a death-defying act for which he'd been preparing for over a year -- in this video shared by Nitro Circus.