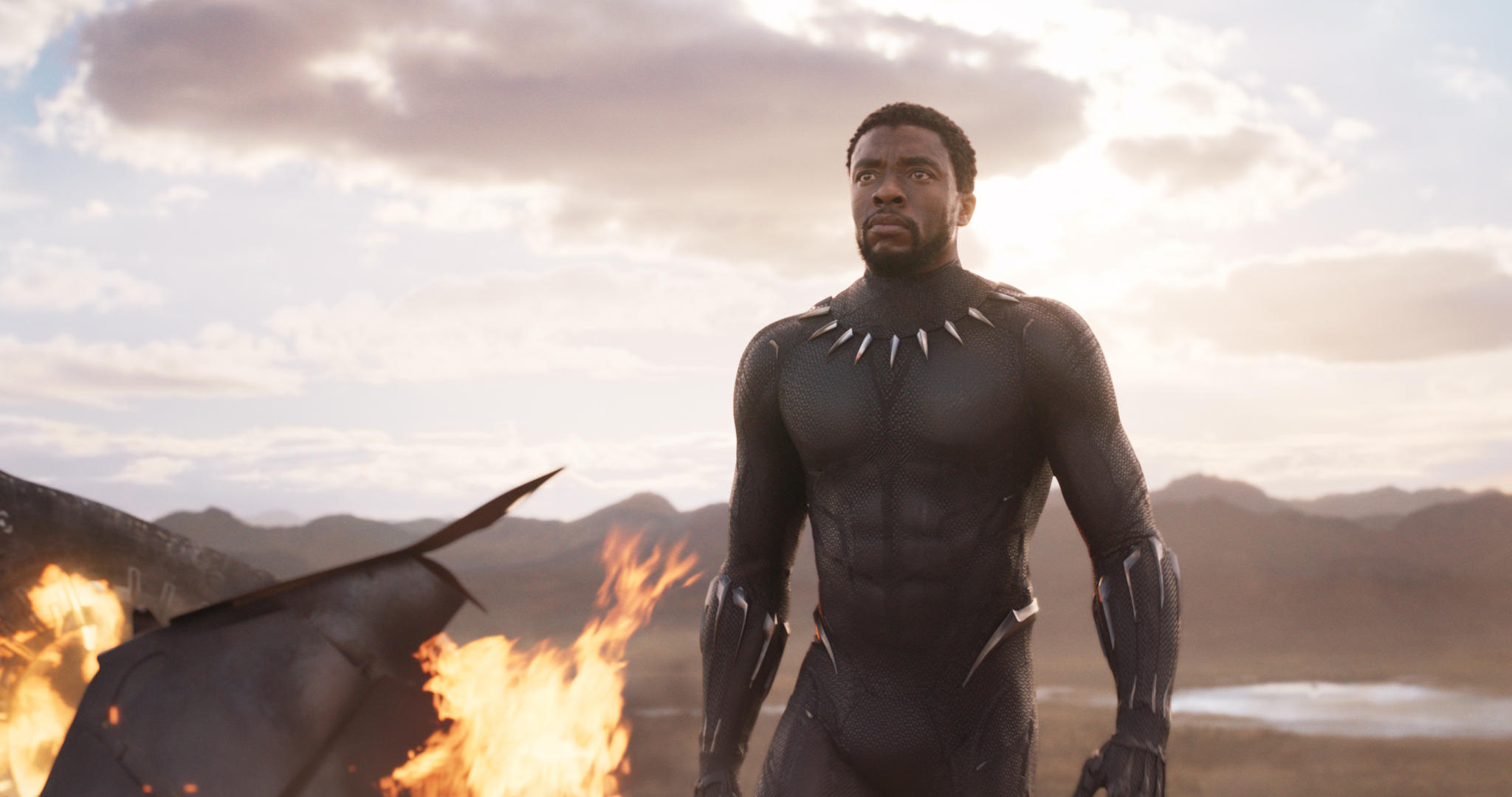 Marvel's "Black Panther" is creating so much buzz before it even opens that its advance ticket sales have outpaced all superhero movies on Fandango, including the previous record-holder for presale, 2017's "Batman v Superman." On top of that, the film has the best Rotten Tomatoes score of any Marvel or DC movie, The Wrap points out.

The all-star cast includes Chadwick Boseman, Michael B. Jordan, Lupita Nyong'o, Daniel Kaluuya, Sterling K. Brown and Angela Bassett, and is directed by Ryan Coogler of "Creed." The movie follows T'Challa as he returns home to the African nation Wakanda after the events of "Captain America: Civil War" and the death of his father T'Chaka. But all is not well, as different tribes in Wakanda feud over the future of the country. T'Challa must guide his people to safety as he overcomes his enemies.

Here are five things you need to know about "Black Panther."

1. Black Panther emerged as a comic book character in "Fantastic Four" in 1966. Black Panther was the first black superhero to go mainstream. The books follow T'Challa as he struggles to protect the fictional African nation of Wakanda, where he is king. Wakanda is a modern country that boasts top-notch technology, but a superhuman terrorist group called the People has sparked a violent uprising among the country's residents. In the Marvel cinematic universe, Black Panther debuted in "Captain America: Civil War" in 2016.

2. "Black Panther" was temporarily called "Black Leopard." The comic book character came before the political group of the same name. In "Fantastic Four No. 119," T'Challa was reintroduced as Black Leopard. In the book, his comrades asked him about the name change and the character responded that though he did not hate the Black Panther party, he did not want to be conflated with them. The change did not go over well with readers and the name was changed back in less than a year, reports The Root.

3. The comic book was rebooted in 2016, with esteemed author Ta-Nehisi Coates writing the story. Coates won the National Book Award for nonfiction for "Between the World and Me" in November and also has a MacArthur "genius grant" under his belt. The Atlantic columnist is known for writing about race issues in particular. He has described himself as a comic book enthusiast since childhood. The reboot has no white characters.

4. The movie puts black artists in front of and behind the camera. The cast of "Black Panther" is mostly black, and so are most of the people behind the camera. Executive producer Nate Moore, who told CBS News he was drawn to Black Panther because the character looked like him, said, "I think [director] Ryan [Coogler] made it his job to make sure our crew was very inclusive. And that didn't just mean African-American crew members, but also women. A lot of our department heads – key department heads – were female or African-American or both."

5. The film has inspired the "Black Panther Challenge." The "Black Panther Challenge" is a viral online fundraising effort that started with plans to help kids in Harlem see the movie and has expanded nationwide. Viola Davis and Snoop Dogg are among the stars who brought attention to the challenge, and it got even more buzz after it was featured on the "The Ellen DeGeneres Show." Octavia Spencer bought out a theater to screen the movie for kids as well.

"Black Panther" opens on Friday and analysts are forecasting a President's Day weekend debut of at least $100 million in North America.