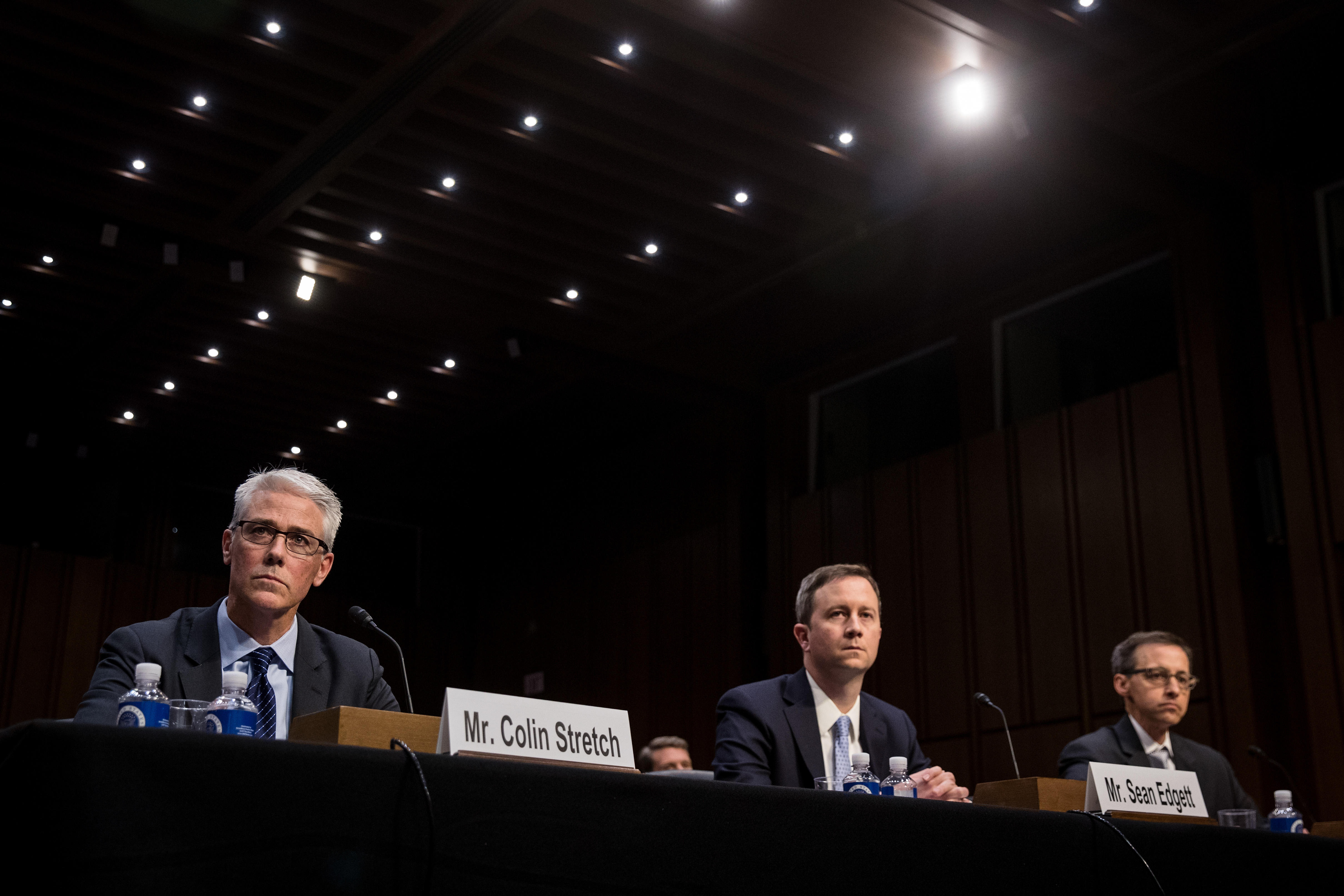 The Senate Judiciary Committee's Tuesday hearing with top representatives from Facebook, Twitter and Google delved into details regarding how much the companies knew about Russian interference in the 2016 U.S. election on their platforms -- and what they are trying to do to prevent it from happening in the future.

Twitter and Facebook have suspended hundreds of accounts believed to be connected with Russian election-focused activity intended to influence public opinion. On Wednesday, the Senate Intelligence Committee will hold its own hearing on social media influence in the 2016 election.

Here are the five top takeaways from Tuesday's testimony.

Representatives from Facebook and Twitter said the fake accounts that were eventually taken down tried to delegitimize Donald Trump's victory in the presidential election.

Stretch claimed -- and Edgett agreed -- that the accounts pivoted after the election, shifting their focus from pushing divisive, hot-button issues to questioning Mr. Trump's presidency. A source at Facebook told CBS News, as CBS News' Graham Kates has reported, that Stretch was referring to the 470 accounts the company previously acknowledged had purchased ads before the election. The accounts were believed to be linked to a Russian troll farm called the Internet Research Agency. Facebook later removed them.

That development could interest Republicans in pursuing the issue more vigorously.

The social media giant, Stretch revealed, has 150 people devoted to identifying and handling suspected terror-related activity. The company has "thousands" devoted to examining content, and 150 people whose specific job focuses on vetting content for terrorist-related chatter, he said.

3. Concern about other actors

But Stretch said Facebook is concerned about foreign actors beyond Russia.

"We worry about nation-state actors really from around the globe," Stretch said.

Sen. Mazie Keiko Hirono, D-Hawaii, asked the witnesses if they could say whether or not Russian propaganda and influence had an impact on the election's outcome.

"Senator, we're not well positioned to judge why any one person or an entire electorate voted as it did," Stretch said.

The social media companies emphasized that the number of fake accounts -- though a serious concern -- were few compared to their overall users. But in the end, their influence is difficult, if not impossible, to quantify.

If there was anything that emerged clearly from Tuesday's hearing, it was how dissatisfied the committee members are with the social media companies' response to foreign influence in U.S. politics.

Sen. Dianne Feinstein, D-California, said she found it "frightening" how easy it was for Russians to launch election interference attempts.

Sen. Chris Coons, D-Delaware, asked why it has taken Facebook so long to come forward and lay out the scope of the problem.

"Why has it taken Facebook 11 months to come forward and help us understand the scope of this problem?" he demanded.

In other words, members still have some unanswered questions and unaddressed concerns about how the tech giants are managing this problem.