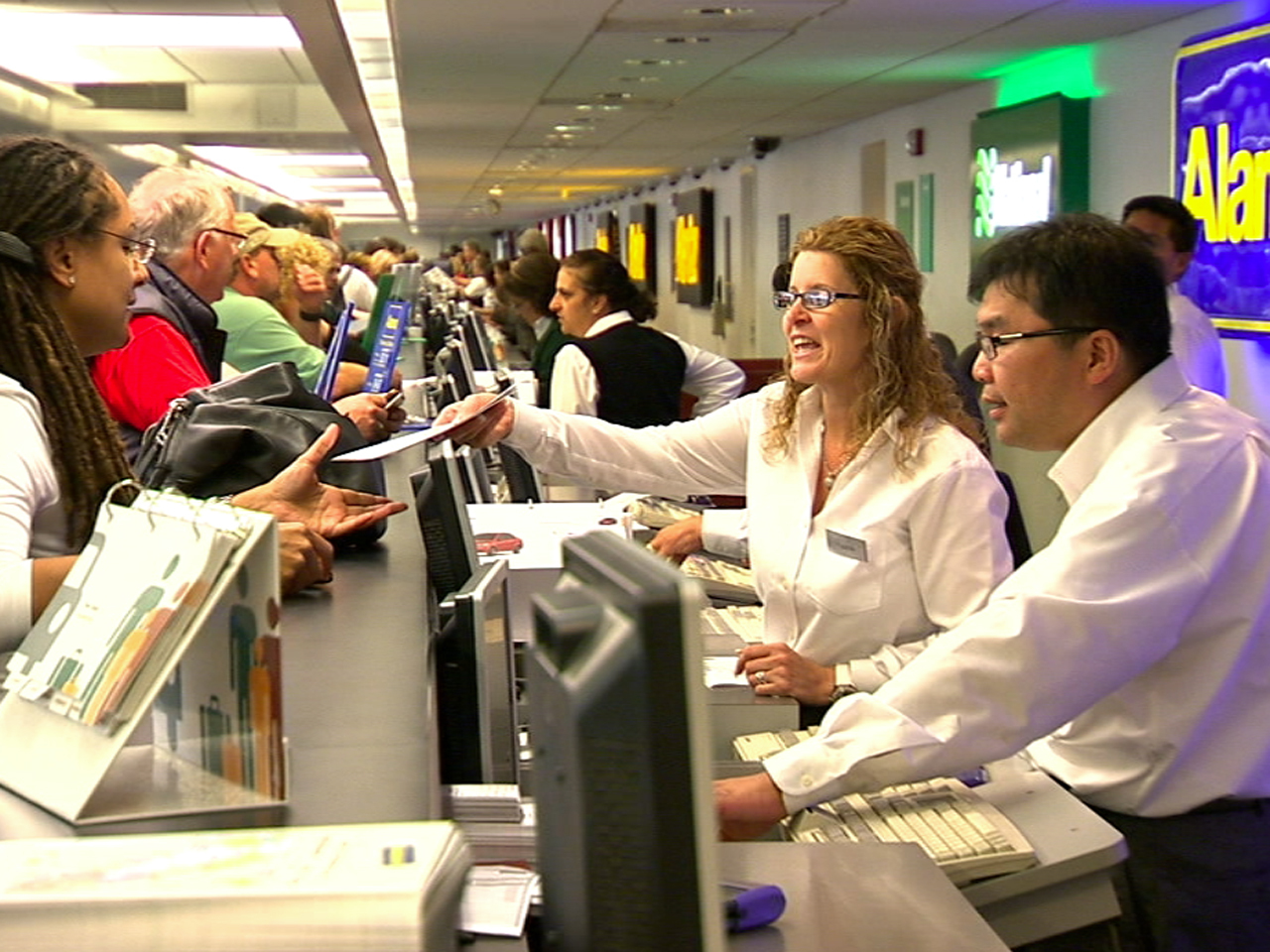 Next time you rent a car, you'd do well to bear in mind five secrets the companies won't reveal.

But it's time to spill the beans:

That's the big, deep secret. Because that's the one day everybody says they want to rent a car. So, they book the car and they just don't show up. What you do is, you get the lowest rate car you can get -- the lowest-grade car -- and you have a good chance of an upgrade or a better deal. Just show up."

2. May not need insurance being sold at counter

Let's start with what it's not. It's not insurance. It's a waiver that relieves you of liability. However, chances are that your own car insurance already covers you. And the rental car companies make so much money on insurance -- they make more money from the insurance than they make from actually renting the car. Now, you have to check with your own policy to make sure you're covered and then, the real key is what kind of insurance to get. They don't want to just sell you collision and comprehensive. They want to sell you, for instance, the personal effects insurance. Don't ever get that. You don't necessarily have to get what they offer you at the counter, if you're covered by your own policy. If you have a credit card, check with the issuer to see if they're actually giving you primary insurance.

3. May have to pay extra fee for extra drivers

You have to list every additional driver or they're not covered under the insurance. However, if it's a domestic partner or spouse, chances are they're covered without any additional charge. But the bottom line is you have to list them. If you don't, you're driving essentially an uninsured vehicle."

4. For the best deal, book directly with rental location

It's on the phone. Because you want to talk to the individual franchisee at the location where you want to rent. And, you don't necessarily want to rent the airport. That's where you're paying the most amount of money. In some cases, it's actually cheaper to take a cab into town and rent locally than to rent at the airport. You're getting hit with every imaginable surcharge, because they have to pay high rental fees themselves to have the location at the airport. There are a lot of franchisees that actually advertise in newspapers -- you find that local number because they're the best judge of their own inventory."

5. Take photos of car before it leaves lot

Bring yourself a camera -- a digital camera -- that's got a time and date code on it, and walk around that car before you ever leave the lot and photograph every angle of the car. It takes exactly three minutes. When you do that, it's not just your word against theirs. You have evidence with a time and a date stamp on your photo saying, 'I didn't create that scratch on the fender; I didn't do the ding on the windshield.' Because the repair bills on those cars can be enormous.

For more with Greenberg on what the rental car companies don't want you to know, watch the video in the player above.