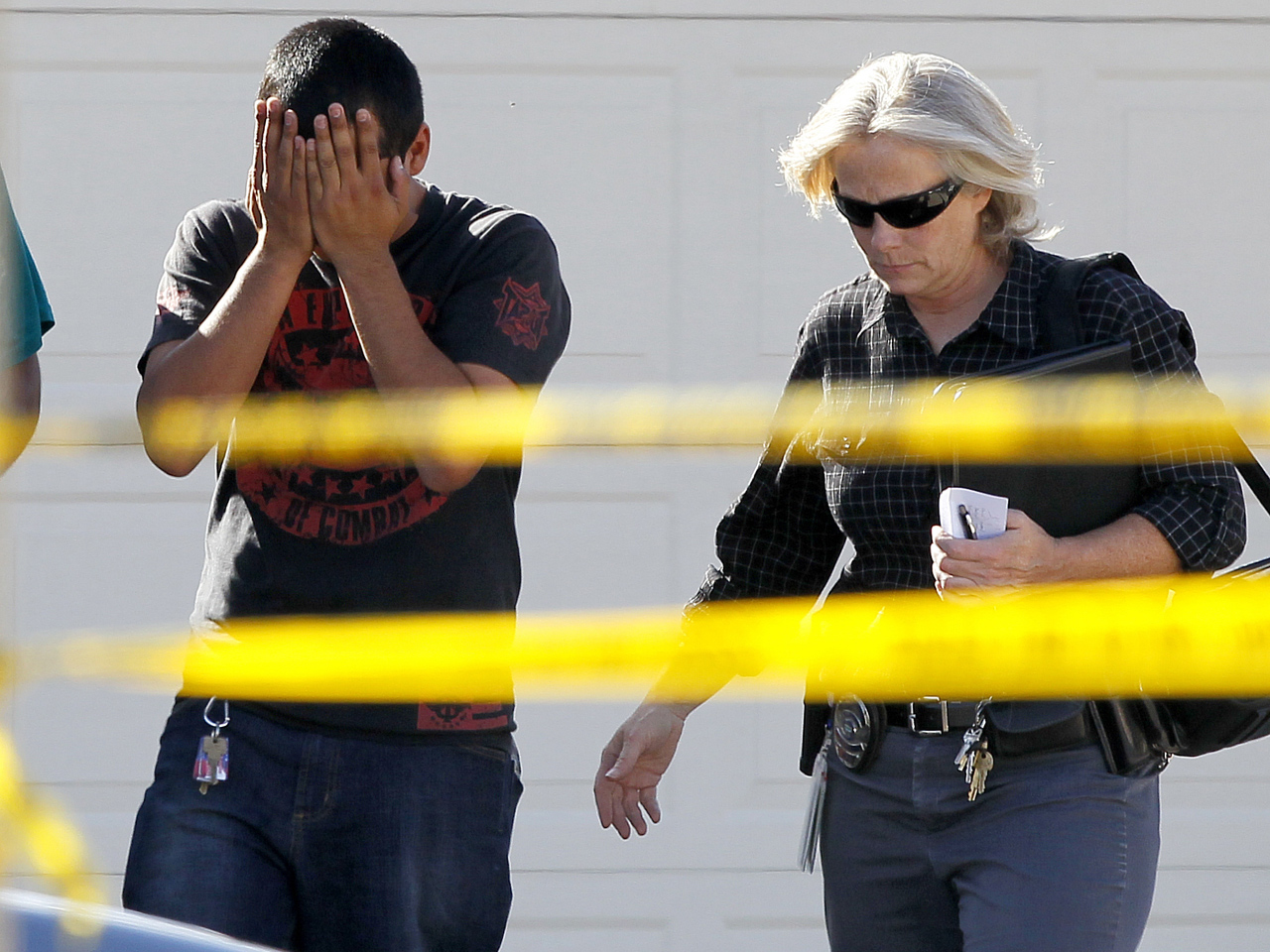 (CBS/AP) GILBERT, Ariz. - Five people died in a shooting Wednesday at a Phoenix-area home, where the investigation is being slowed by concerns there could be hazardous materials in 55-gallon drums in the backyard.

The shooter is among the dead, police said, although they're not yet certain whether he killed himself. Police haven't identified him or the victims.

However, sources told CBS affiliate KPHO in Phoenix that J.T. Ready, a prominent member of the National Socialist Movement up until 2010, is among the dead. Investigators believe he may be the shooter.

The bodies — including that of a toddler — are still in the home in the city of Gilbert southeast of Phoenix. Officials are testing an unknown liquid in drums in the backyard as a precautionary measure.

At a briefing for reporters, Gilbert police Sgt. Bill Balafas said all the evidence points to the shooting being related to domestic violence. He didn't elaborate. Officers have recovered two handguns and a shotgun.

The genders and ages of the four victims weren't immediately released, but Balafas said the toddler was a girl between 1 and 2 years old.

He said the girl was alive when authorities arrived at the scene but was pronounced dead at a hospital. Police said the other bodies were still inside the home.

About three hours after the shooting, a man walked up to the police tape, pointed to the crime scene and said, "I have a daughter who lives in that house."

Police pulled him behind the tape and out of view. Several seconds later a loud cry of anguish could be heard. Minutes after, the same man was weeping and left the scene with police.

The shootings occurred after 1 p.m. in a subdivision southeast of Phoenix filled with stucco homes with red-tile roofs.

Witnesses said a SWAT team sealed off part of the area and investigators told residents to remain indoors.

FBI spokesman Manuel Johnson said federal agents were at the scene "providing personnel and technical assistance" to Gilbert police, but that the police department was the lead agency.

DeAnn Rawson, who has lived in the Lago Estancia neighborhood for 13 years, stood on a street corner and talked to drivers who rolled down their windows to ask what happened.

Rawson, 38, said she was sick to her stomach over what happened. "As you can tell, everyone driving by is absolutely shocked," she told The Arizona Republic.

"I would have come and got her," Rawson said of the youngest victim. "It makes me mad. I can't have children, and you have other people doing things that are insane."

Gary Davis, who also lives in the neighborhood, said, "There's no excuse for taking a child's life."

"Nothing ever happens in this neighborhood," Davis said. "It's a shock to us."