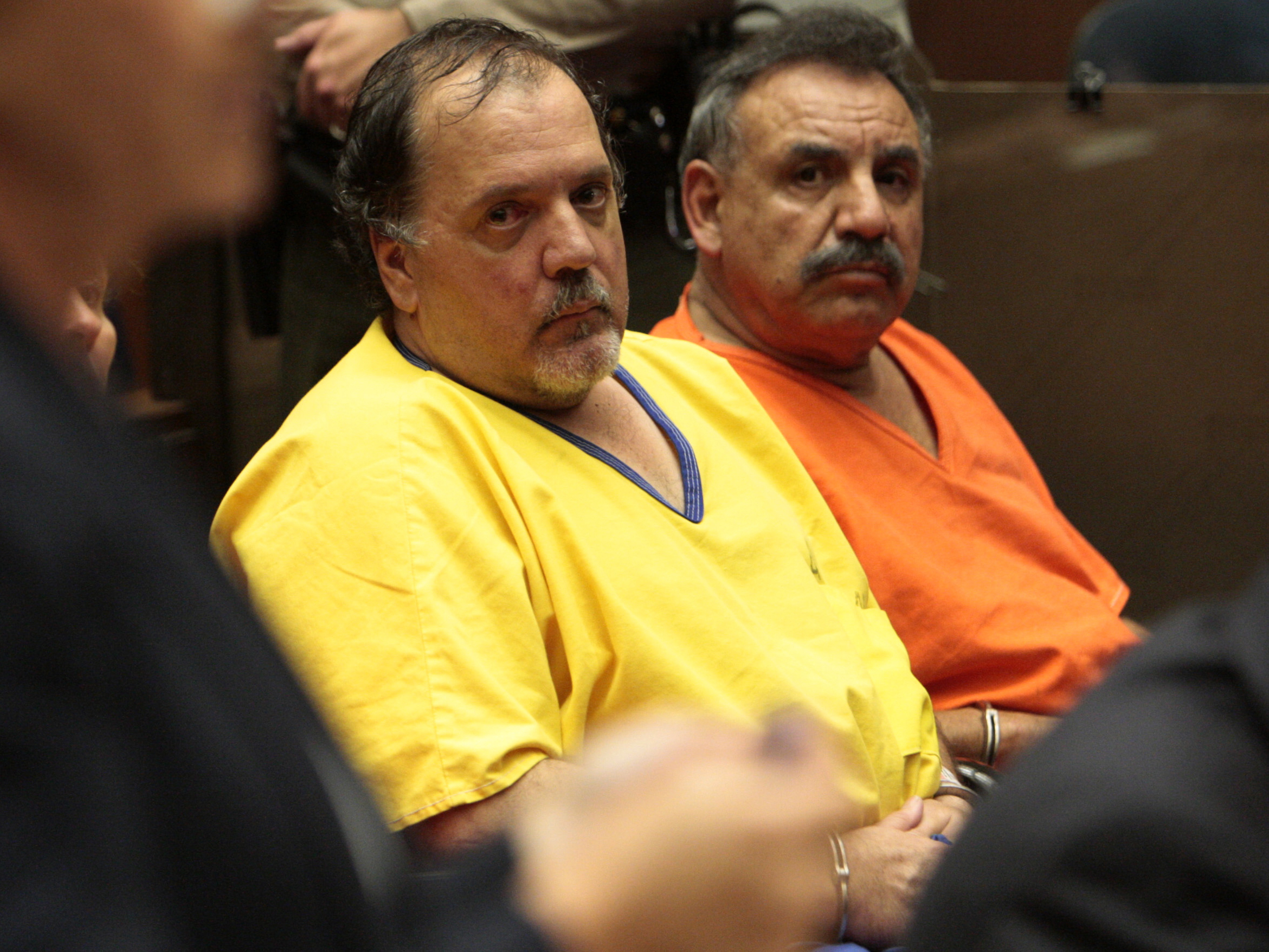 LOS ANGELES Five former elected officials of the tiny California city of Bell were convicted Wednesday of multiple counts of misappropriation of public funds, and a sixth defendant was cleared entirely.

Former Mayor Oscar Hernandez and co-defendants Teresa Jacobo, George Mirabal, George Cole and Victor Belo were all convicted of multiple counts and acquitted of others.

The charges against them involved paying themselves inflated salaries of up to $100,000 a year in the city of 36,000 people, where one in four residents live below the poverty line. According to CBS Los Angeles, they told jurors the ex-council also served on fake boards that often convened for only minutes.

"It's something that Bell City Council members dreamed up solely for the purpose of stealing money from the people of Bell," prosecutor Edward Miller said.

An audit by the state controller's office previously found the city had illegally raised property taxes, business license fees and other sources of revenue to pay the salaries. The office ordered the money repaid.

The guilty findings were related to appointment of the defendants to the Solid Waste and Recycling Authority. The board was one of several that prosecutors said council members appointed each other to in order to pad their salaries.

The waste authority was never created legally and met only once in 2006, which boosted pay by about $13,000 per member.

Former Councilman Luis Artiga was found not guilty of a dozen allegations. All the defendants except Artiga had served as mayor at some point.

All were cleared of charges that they illegally tapped public money while serving on the city's Public Financing Authority.

After the verdicts were read, Judge Kathleen Kennedy noted there were 10 deadlocked counts and asked the foreman if the panel had exhausted efforts to reach decisions. He said that was correct.

The current jury deliberated since Feb. 28, when one member of an original panel was replaced and the judge told the reconstituted group to start talks anew.

The trial was the first court proceeding following disclosures of massive corruption in the gritty town.

A lawyer for Hernandez said during the trial that his client was unschooled, illiterate and not the type of "scholar" who understood the city's finances.

"We elect people who have a good heart. Someone who can listen to your problems and look you in the eye," attorney Stanley Friedman said.

The scandal that rocked Bell raised the curtain on a fiefdom established by powerful former city manager Robert Rizzo. City records revealed that Rizzo had an annual salary and compensation package worth $1.5 million, making him one of the highest paid administrators in the country.

His salary alone was about $800,000 a year, double that of the president of the United States.

To fund his and other officials' salaries, prosecutors say, Rizzo masterminded a scheme to loot the treasury of $5.5 million. He and his assistant city manager, Angela Spaccia, face their own trial later in the year.

Witnesses at the former council members' trial depicted Rizzo as a micro manager who convinced the city's elected officials that they too deserved huge salaries.

He was said to have manipulated council members into signing major financial documents, particularly Hernandez who could not read what he was signing.

After the scandal was disclosed, thousands of Bell residents protested at City Council meetings and staged a successful recall election to throw out the entire council and elect new leaders.

Jurors heard more than three weeks of testimony and saw numerous documents. But when it came time to deliberate, things did not go well.

A juror who claimed she was being harassed by others on the panel acknowledged she had done research on the Internet about her jury service and discussed it with her daughter. The judge found she had committed misconduct and, after five days of deliberations, the weeping juror was dismissed from the panel.

Americans could be in for a tax refund shock next year
Thanks for reading CBS NEWS.
Create your free account or log in
for more features.
View CBS News In
CBS News App Open
Chrome Safari Continue
Be the first to know
Get browser notifications for breaking news, live events, and exclusive reporting.