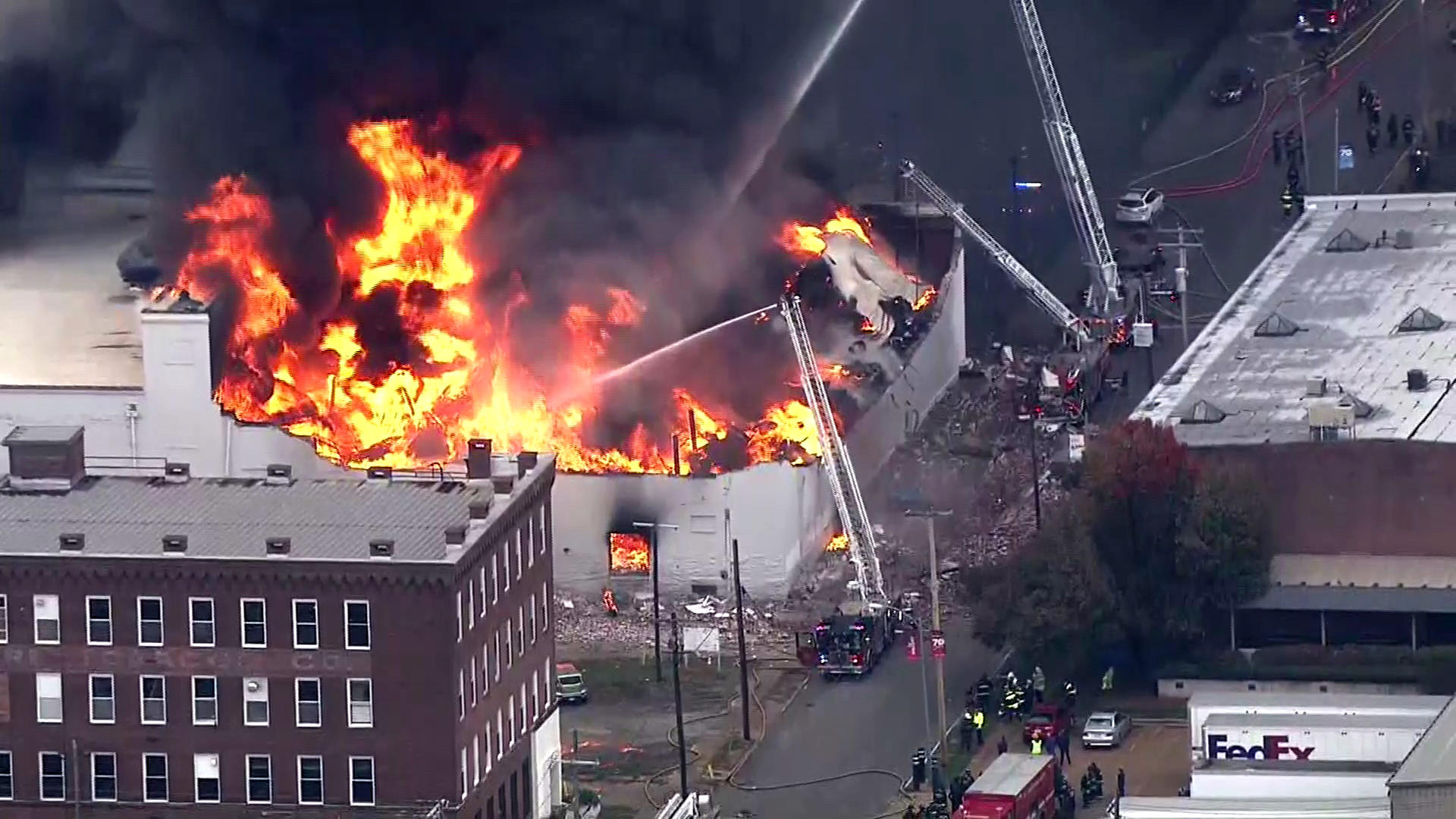 A five-alarm fire burned for much of the day and into the night at a warehouse in St. Louis where at least 80 firefighters responded to battle the flames. At least four people -- including two firefighters -- were rushed to the hospital for smoke inhalation. They were treated and released.

Fire department officials said, in vague detail, that the fire contains hazardous material, KMOV-TV writes. They are advising those in the area to avoid breathing in the smoke.

KMOV-TV writes that a hazmat team was requested. Apparently plastic in the basement of the building caught fire.

The station adds that the warehouse also had citronella candles, styrofoam and thousands of books within the building.

Hundreds of toys meant for patients at a local hospital were destroyed in the fire, KMOV-TV reports. They were going to be given out at a Christmas party in early December. Shriners Hospital for Children says 30 pallets of blankets were also destroyed.

Images from KMOV-TV show extensive damage and intense flames. Officials say there was no immediate threat to surrounding buildings.