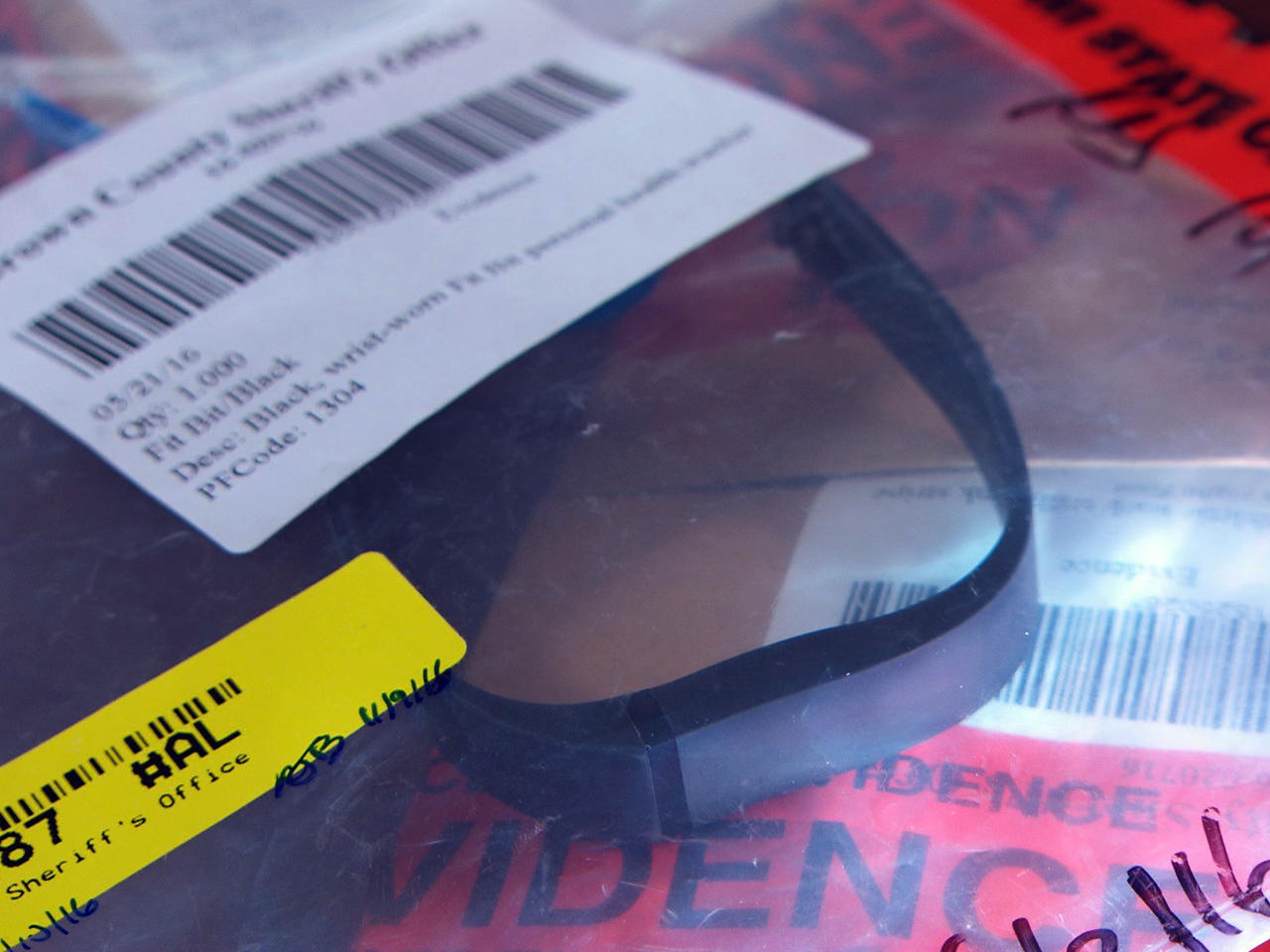 Erin Moriarty is a "48 Hours" correspondent. She investigated the death of  31-year-old Nicole Vander Heyden for the episode, "The Fitbit Alibi." The all-new episode airs Saturday at 10 p.m. ET/PT on CBS.

Millions of people wear a Fitbit or some kind of physical tracking device to log their exercise and sleep habits, but when a Wisconsin man began wearing one in 2016, he never guessed that it would provide an alibi and save him from murder charges in the brutal death of his girlfriend.

The case, that went on trial this past February in Green Bay, Wisconsin, is one of the first of many to come where high tech devices will not only provide crucial evidence in  criminal trials, but may prevent wrongful convictions.

On May 21, 2016, Doug Detrie's girlfriend and mother of his infant son, 31-year-old Nicole Vander Heyden, was found beaten and strangled to death in a field a little over three miles from the home they shared.  Detrie, 35 at the time, had been with her just hours earlier. They had attended a Steel Panther concert, followed by drinking and dancing.

When the couple became separated,  Vander Heyden went on to a local bar called the Sardine Can, expecting Detrie to follow. When Detrie failed to show, Vander Heyden began sending angry texts accusing him of flirting with other woman.  At around 12:30 a.m., Vander Heyden, now drunk and angry, walked out of the bar and was never seen alive by her friends again.

Detrie and a friend drove around searching for Vander Heyden, then went home, smoked some marijuana and, as he later told police, went to sleep. He waited until 4:30 that afternoon to report her missing, hours after her body had been found in that field.

Brown County Sheriff's detectives interviewed Detrie and later obtained a search warrant for the couple's home. Blood was found on the garage floor and in Vander Heyden's car, leaving investigators wondering if the missing woman had actually come home and had been killed by Detrie, who then used her car to transport the body to the field.

Suspicions deepened a day later when a neighbor across the street found a pool of blood and a cord that investigators believed may have been used to strangle the victim. Lead detective Sergeant Brian Slinger wondered if "there was some sort of argument between her and Doug, maybe, when she got home and that…somehow ended up out in the street."

At that point, Detrie was the logical suspect, although he denied killing Vander Heyden. He was arrested and jailed, but investigators wanted to wait on the results of lab tests before charging him with murder.

Less than three weeks later, Detrie was released from jail after test results show the blood in the car wasn't the victim's, the blood on the floor wasn't human and a partial DNA of an unidentified man was found on her  clothes and the cord.

What's more, Detrie appeared to have an unconventional alibi "witness": the Fitbit he was wearing when Vander Heyden went missing. Sergeant Slinger said that he and others had noticed that Detrie had been wearing the personal tracking device on his left wrist when first questioned by police at home. When the data on that device was downloaded and examined, it seemed to clear Detrie.

"He had a few footsteps throughout the night," said Sergeant Slinger, "…getting up to go to the bathroom, check on the baby, whatever. His story that he told us was absolutely, 100 percent true."

There was yet another device that seemed to support Detrie's innocence as well: an insurance company tracking device known as a "Snapshot" that was installed on Vander Heyden's car. The information downloaded from the "Snapshot" indicated that her car had not been driven that night.

But if Doug Detrie didn't kill Nicole Vander Heyden, who did? Whose DNA was left on her clothing and the cord used to kill her? As it turns out,  21st century technology would help answer those questions as well.

In August 2016, investigators were able to recover enough of the unidentified male DNA from one of the victim's socks to send to the national database and soon they had a name: George Steven Burch.

And as Brown County sheriff investigators would soon discover, in the early morning hours that Nicole Vander Heyden was murdered, Burch had been carrying a phone with him that contained a treasure trove of incriminating information.

On his phone is a program known as Google Dashboard. The Dashboard collects, not just cell phone tower data, but also tracks every Wi-Fi hotspot the phone encounters, as well as GPS coordinates.  The information on Burch's phone showed that on May 21, 2016, he was everywhere or very close to where Vander Heyden had been.

He started the night at a bar a half mile from where she was last seen. He was at her home eight miles away for an hour, he was then at the field where her body was found and even at a location on the highway where some of her possessions had been discarded.

Sergeant Slinger was sure he had his man, and in September 2016, George Burch was charged with the intentional homicide of Nicole Vander Heyden.

It would still be a long, winding road to justice. At his February trial, George Burch and his attorneys raised serious questions about the reliability of the Fitbit and the other devices, arguing that prosecutors were relying too much on untested technology. What's more, while Burch admits these devices might show that he was with Nicole, they don't show who actually killed her.

And he says the killer is Doug Detrie, the same man police initially suspected.

With all the new technology used in this case, justice for Nicole Vander Heyden will still be determined the old-fashioned way, by the jury.