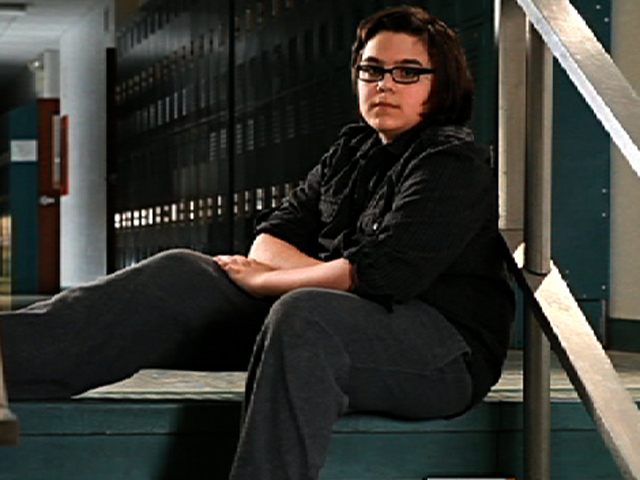 As a new school year gets under way, parents, educators and officials are taking a very close look at bullying. With the explosion of technology, it's only getting worse. Tonight, "48 Hours" airs a special called "Bullying: Words Can Kill" at 8 p.m. ET/PT.

Watch a preview of the "48 Hours" special now.

One of the biggest problems with bullying is that kids don't want to report it. Smith noted only 25 percent of teens who are cyberbullied ever tell an adult. But, Smith said, CBS News found some kids and parents willing to talk about what's happened to them - and they told us words can kill.

Aislyn Doeur told "48 Hours," "You're supposed to feel comfortable. And like, you're scared to walk in the hallways."

Another student, Jacob Kaufman said, "It just got to that feeling of desperation, and pretty much hopelessness."

Aislyn said, "I was scared I wasn't going to have any friends."

Another, Johnny Cagno said, "I wasn't accepted at school. I couldn't be who I am."

Middle school can be a place for learning, discovery and friendships. But for some kids, it can also be a place of cruelty, loneliness and fear.

Johnny, an eighth grader at Birchwood Middle School in North Providence, R.I., says he was "very, very scared to go to school every day." The school opened its doors last winter and gave "48 Hours" unprecedented access.

Cagno said, "You're judged constantly. Whether it's your orientation, your clothing, your, well, how you look, you know, everything."

Since he can remember, Johnny has always been made to feel different.

Already pushed out of two other schools because of bullying, Johnny was nearing his breaking point by the time he began seventh grade at Birchwood in the fall of 2009.

Smith asked Johnny's mother, Lisa Cagno, "How serious did it get for Johnny?"

Lisa Cagno replied, "He was hurting himself. He was cutting himself. And he would just, 'I hate myself, I don't wanna live anymore. I hate my life. Nobody likes me, no one cares about me.' And I just - I would just have to constantly just reassure him. I couldn't get those feelings out of his head."

Smith said, "And not only you can't fix it, but you're drivin' him to school every day, dropping him off. What was that like?"

"Horrible. Just so horrible," Johnny's mother answered. "I felt like every day I was sending him off to war."

Birchwood Middle School assistant principal Tonianne Moniz told CBS News, "You can't have a student achieve when they're going through something like this. ... They don't realize how much kids internalize this bullying. How a mean word, whether it's spoken or in cyberspace, can feel - you know, as powerful as a gunshot."

Johnny said of his bullies, "They got inside my head, you know. I would say, 'If I kill myself, I don't have to deal with this,' you know. 'I won't have deal with the bullies every day.'"

So what can parents do for kids?

Smith said on "The Early Show," parents need to talk to their kids on an ongoing basis and if their kids are online, monitor their activity.

As for schools, Smith said some schools, such as Birchwood, have anonymous bully reporting boxes, where kids can report the bullies and not be accused of being a snitch.

Smith said, "It's one of the little things schools can do, but it's changing the culture to say, 'The bullies can't have the power. This is not right. If you see it happening, stand up and say something.'"

For more of Johnny's story, watch report tonight on CBS at 8 p.m. ET/PT.