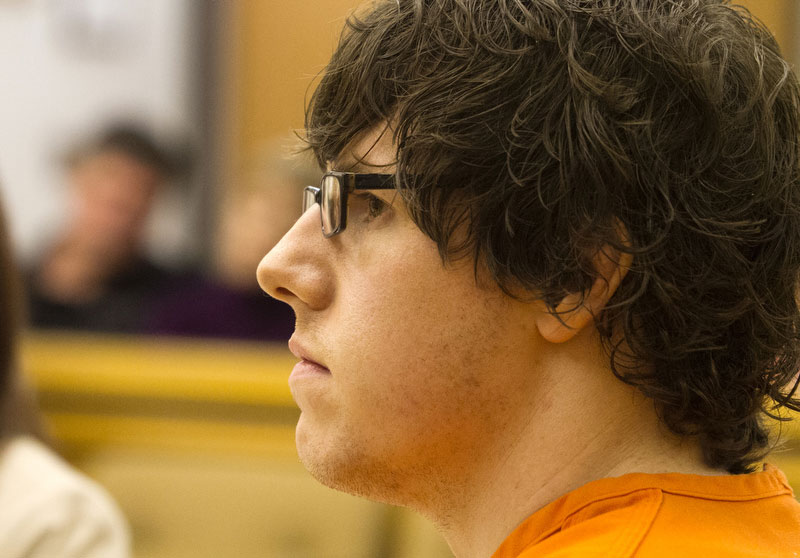 (CBS) -- "If you plead guilty, you have a 100 percent chance of being found guilty" ... It's a catch phrase used time and again in legal blogs and articles by lawyers dispensing advice on plea deals.

Chris Wilson had already rejected one plea deal on his murder charges. But during jury selection, just as his trial was about to begin in May 2012, Wilson read questionnaires filled out by his pool of prospective jurors -- 80 percent to 85 percent of them, he told "48 Hours"' Peter Van Sant, already thought him guilty. So after a dramatic round of last minute talks between prosecution and defense, Chris Wilson agreed to a plea deal in the killing of Mackenzie Cowell.

Mackenzie Cowell was a strong, beautiful 17-year-old in Wenatchee, Wash., a small town famous for its endless apple orchards. "She was just on the verge of being grown up," her father, Reid Cowell, told Van Sant. She and Chris Wilson were classmates in a local beauty school. Her mutilated body was found on the banks of the cold Columbia River on Feb. 13, 2010.

To this day, Chris Wilson maintains his innocence. But on that May day last year, he pleaded guilty to a reduced charge of first-degree manslaughter. His sentence: 14 years in prison. In April, Chris Wilson filed a motion to withdraw his guilty plea.

Can he do that? "It does happen, but the overwhelming majority of defendants who take a plea don't challenge that plea after the fact", says Professor Josh Bowers, an expert on plea bargains at the University of Virginia Law School. "At least if the system is operating as it should, the plea bargain is a consensual agreement," Bowers says. "Defendants seek it out, or at least agree to it. They may feel coerced because they didn't like the alternative."

Plus there is risk in challenging their guilty plea because, says Bowers, " if anyone succeeds in withdrawing their guilty plea, they are exposing themselves to that alternative, which is facing trial and the possibility of a much longer sentence after trial."

Chris Wilson was ready to take that risk, but, "Approximately 95 pecent of all convictions are a result of guilty pleas, not trial," says Bowers. "The chances of success in withdrawing a guilty plea after sentence are extremely low."