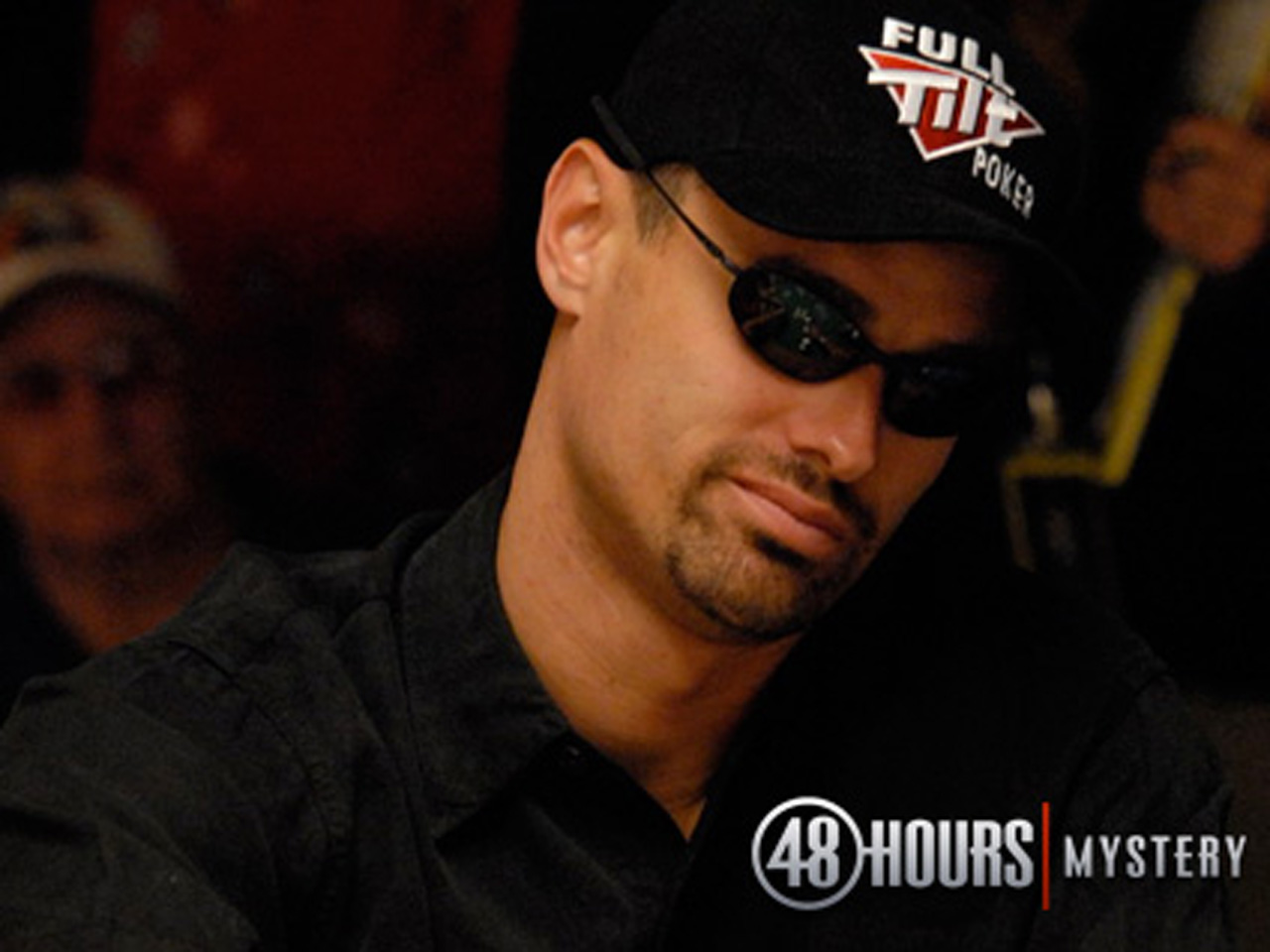 (CBS) Ernest and Charlene Scherer had been dead a week before police discovered the couple's brutally beaten and slashed bodies in their California home. It was a chaotic crime scene, with bloody footprints in the kitchen and housewares strewn about, and to Detective Sergeant Scott Dudek something seemed off. The "mess" was too ordered, the footprints too perfectly placed. And then he met the couple's son - and all the strange details started to make sense.

On Saturday, "48 Hours Mystery" told the story of professional poker player, playboy, and convicted murderer Ernie Scherer. Crimesider spoke with Det. Sgt. Dudek of the Alameda County Sheriff's Office about how he and his investigators solved the double homicide, with a little help from Ernie's family.

Crimesider: What was your gut feeling when you first saw the crime scene and how the Scherers had been killed?

Dudek: I definitely thought it was staged. A lot of things that you would assume would be taken in a burglary - high-end jewelry, and the father had more than $9,000 in his pocket - were still in the house. But we didn't assume it would be a family member. We went family member by family member and everybody, pretty much, relatively got cleared quickly. These people reacted in a way that you would think someone would react. They were devastated. They could provide us very good alibis. But every time we would go to Ernie, the son, nothing ever checked out.

At first we thought he was just kind of a goofball. But in no way, shape or form did he ever seem like he was feeling bad about [the violent deaths of his parents]. Within the first 24 hours of [learning about] the homicide, he was asking to go inside the house, and he asked to go look at the will. That right there was a red flag. Then that night, instead of mourning his parent's death, he went out to a very high-class, expensive San Francisco restaurant, which was bizarre.

In my 28 years of working for the sheriff's department, he was probably one of the persons I hated the most just because of his attitude throughout this thing and his arrogance. I think he honestly believed, and I think it had a lot to do with his poker, that he was going to get away with it and that he could bluff everybody.

What do you think was his motive for committing such a brutal act?

I think what ended up happening was there was just a conversation in regards to paying back the money [his parents had loaned him]. I think the argument was bad, and I think he decided, I've talked to my dad enough, it's time to take more drastic action. There is a lot of rage in his killings, between the beatings and the baseball bat and the sword. His motives were 100 percent monetary. I think he just got so far into the gambling debts that he snapped, or maybe that was just his normal personality.

Did anybody in his family support him?

Once we started to make them part of our team and show them where we were headed, I don't think there was one person that believed that he was innocent. His aunt, a doctor from Chicago, originally put up $50,000 for him for an attorney, and she ended up pulling back the money once we showed her just a few details about the case.

How important was Ernie's wife Robyn in helping you build the case? Were you surprised that she cooperated against her husband?

Anytime you can get family members to cooperate it is huge. And the tape [where Robin fibs about the information the police have in order to try to catch Ernie in a lie] was one of the turning points as far as us knowing that we were going down the right path.

Unlike most defendants, Ernie testified at his own trial. Did that surprise you, or did it jive with what you already knew about him?

I personally couldn't believe that he testified, but he just felt that he could bluff anybody. He thought, 'Once they finally see me, the real Ernie Scherer, they are just going to fall in love with me and, in fact, believe me.' He was just evil.

How did the case finally come together for you, and for the jury?

Everyone likes to have forensic evidence, like DNA, but this was an old fashioned circumstantial case that came together. I think the jury kind of did like we did: if you had one or two, or even five or six of those [coincidences], you would think, 'Ok this is just a kid with bad luck.' But if you start to add them up - I believe from our standpoint there was something like 35 different circumstantial factors - it stops being a coincidence and it stops being someone's bad luck.

We obviously got the results that the family and the victims and everybody deserved. I would have liked to see him get death, but that's my own personal opinion.