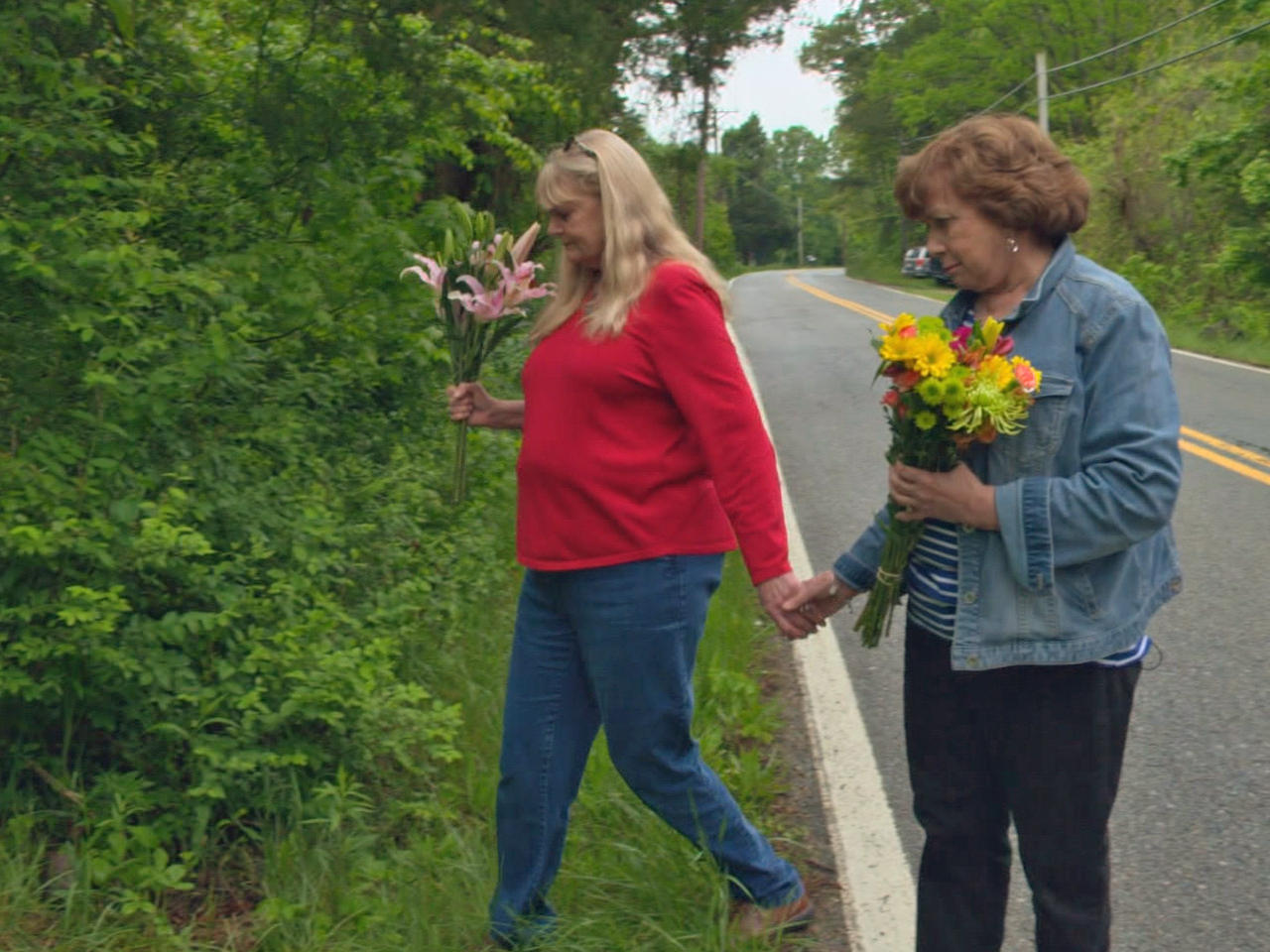 On Margery Patten's 40th wedding anniversary, she learned that her youngest child Michael had been murdered. It was June 10, 2001, and she and husband Frank were away for the weekend at their favorite inn when they received a call from her oldest son.

"We were out celebrating and got this news," Margery Patten told CBS News. "And it was devastating."

Michael Patten, a 29-year-old bank employee, had been found on the side of a rural Maryland road. Michael -- along with friend Lea Anne Brown, a 24-year-old Navy Petty Officer -- each had been beaten and shot in the head. It was a mystery. There was nothing in their backgrounds that would make them targets for execution.

Agents from the Naval Criminal Investigative Service teamed up with detectives from Prince George's County Police Department to investigate the double homicide. The story of that investigation is at the heart of "'48 Hours: NCIS:' One of Their Own."

Cari Freemore, mother of Lea Anne Brown, can never forget that day or the solemn promise made by NCIS agents. "They told me that she was one of their own and they would find them and make them pay for what they had done to my daughter," Freemore told CBS News.

After the initial shock and Michael's funeral, investigators arrested five suspects, and those arrests kicked off years of hearings, trial, plea bargains and appeals. In her grief, Margery Patten reached out to Cari Freemore, and the two women bonded.

The judicial process at first seemed overwhelming, but the mothers were helped by the Maryland Crime Victims Resource Center.

"You never know what you can do until you're called on to do it," Margery Patten said. "The people at the Maryland Crime Victims Resource Center have been invaluable to us in providing services. They attended all of the trials with both of us. They actually have pro bono lawyers that will -- advise us and give us information on what's going on."

She said the pain from Michael's murder is ever with her. "You just have to go through it. It never gets easier. The loss sometimes hits you again, and you just are right back at where you were when you heard that news the first time," Patten said. "But you have to keep going. I've been, if you could say fortunate, to live in this area where there are many support services."

Cari Freemore was not as "fortunate." She was living in California when Lea was murdered and now lives in South Dakota. She  has flown a lot of miles over the years to keep watch over her daughter's killers.

"My brother tried to get my mother and I not to even go to the trials because he didn't want us to hear everything," Freemore said. "But when you're a mom, you have to know every little bit of piece of information, whether you wanna hear it or not."

Freemore said she can never forget the savagery of the murders. "They beat Lea so bad that I could not say goodbye to her. My family finally convinced me that, you know, just to let her go. But I think that might've been the hardest thing to me, was not bein' able to say goodbye to my child."

Each family member reacts differently to the murder of a loved one. For Andy Patten, one of Michael's two older brothers, the murder knocked his life off course from the moment he heard the horrible news.

"I didn't know what to do," he said. "So I went to an Applebee's, and I sat at the bar, and I just kept calling [Michael's] number, and waiting for him to call back, and never heard from him.

"I fell into a bottomless pit emotionally. I was self-medicating, drinking nonstop. I quit my job. I could've kept it, because they felt sorry for me. But I was just a mess. I wasn't showing up at work or anything so I ended up resigning. They were nice enough to let me do that. And yeah, and I carried on for many years that way."

Andy and Michael's only sister, Mary,, said Michael's murder was the defining moment of her life. "It affected me greatly," she said. "I had two young children, 3 and 6, when he was killed. And I was a stay-at-home mother. But I would be up all night with anger and anxiety. I couldn't sleep. And then during the day when I should've been with my children, I just wanted to sleep because I was exhausted from being up all night.

"I went into a deep depression and I had a very hard time functioning. No one tells you how long it takes to get over this sort of tragic death. It's years."

If there is any good to come out of Michael's death, Mary says, it's that she believes it made her a more compassionate person. "I do understand when someone suffers a tragic loss like I have that they don't just bounce back. It takes a very, very long time, six years, 10 years. I mean, no one ever really gets over it."

"I'd just like to add," said Andy Patten, "that -- you know, a lot of people think that, or say that, you know, these type of things bring families closer together and it didn't shatter our family, or anything. But it does create riffs in the family that are bitter."

The death penalty became a point of contention, he and Mary said. "You start lashing out at the people who are closest to you," she said.

"My mother handled it probably the strongest of all the members of our family," Andy Patten said. "I think she understood what I was going through a lot better than anyone else did. I mean, every single night, I would come in after, you know, drinking. And I would come in, and we'd just hug in the hallway, and both just cry….and she got me through it more than anyone."