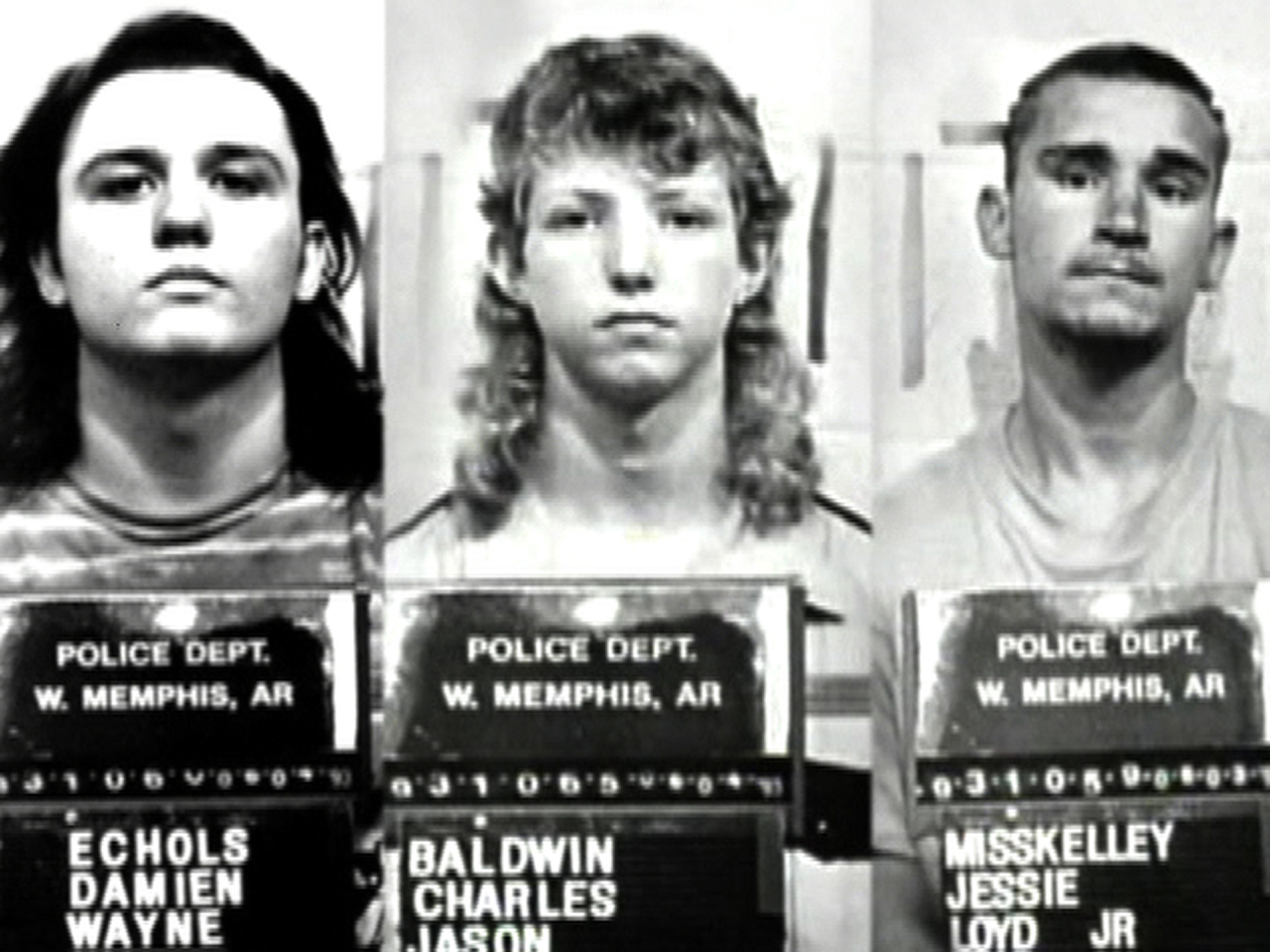 (CBS) NEW YORK - Imagine being locked away in an 11'7" by 7'6" cell for 23 hours a day. And then imagine living that way for nearly two decades with little hope of ever getting out. Rain, sunlight and change of seasons are mere memories. Computers and cell phones are fantasies you've read about.

Damien Echols, 37, doesn't have to imagine that life. He lived it until August 19, 2011, when he was finally released from an Arkansas prison, along with two other men as part of a highly-unusual plea deal.

Echols, Jason Baldwin and Jessie Misskelley, better known as the "West Memphis 3," insist they are innocent of the murders that put them in prison in the early 1990's, but, ironically, last summer, they won their freedom by pleading guilty, using a legal procedure known as an Alford Plea.

For those of us at 48 Hours who followed and reported on this case, it was a surreal development that none of us expected or could properly explain. As one of the newly freed men, Jason Baldwin, later described it, "When we told prosecutors we were innocent, they put us in prison for life. Now when we plead guilty, they set us free!"

The county prosecuting attorney Scott Ellington's actions didn't help clear up matters either. He said publicly that he still believed these men were guilty of one of the most heinous crimes in the state's history: the brutal murder of three 8-year-old boys in 1993. And yet, he made them all sign a waiver promising not to sue the state.

The cases of the three men had long been the subject of passionate debate in the legal community. The prosecution of the three, teenagers when the crime occurred, was driven by a rush to comfort a community overwhelmed by fear and grief over the brutal, inexplicable murders of three boys.

On May 5, 1993, Michael Moore, Christopher Byers and Stevie Branch - each just eight years old-- went missing and were later found murdered, mutilated and submerged in a watery ditch. To local investigators, it seemed the work of a satanic cult and when a local juvenile officer suggested the name of Damien Echols, theory soon became fact.  Echols, age 18 at the time, was bright but troubled. Various problems with authorities led to a brief stay in a psychiatric hospital. Investigators were led to also interrogate Jessie Misskelley, an acquaintance of Echols who reportedly has an IQ of 72. Misskelley, questioned by police for 12 hours, gave them statements that not only implicated himself, but also Echols and the close friend of Echols, Jason Baldwin.

Misskelley -- who later recanted his confession -- was tried first and convicted of one count of first degree murder and two counts of second degree. He refused to testify against Echols or Baldwin so his confession was barred from use at their joint trial. Still, according to one juror's notes recovered long after the trial, the jury foreman went ahead and added Misskelley's statement to deliberations. The jury convicted both Baldwin and Echols. Baldwin, like Misskelley, got life in prison; Damien Echols was sent to death row.

They might still be there today if not for a film crew that happened to be covering the case in 1994. The resulting documentary, "Paradise Lost," aired on HBO, highlighting the flaws in the case and trials. New witnesses and DNA tests of evidence at the crime scene have not only supported the innocence of all three men, but have pointed to other people who were not investigated when the murders occurred. More importantly, the crucial theory of the case was, in large part, debunked by leading medical experts. The mutilation of the bodies of the boys, believed by investigators to be caused by knives as part of a ritual, was more likely the result of animal predation that occurred after the children were killed.

Despite the growing sense that the wrong men were in prison, their numerous appeals were continually denied by the Arkansas state courts, until November 2010. An appeal filed by Damien Echols convinced the state Supreme Court to order an evidentiary hearing on all the evidence in the case, new and old.

That decision put the State of Arkansas in a tough situation. What if new juries acquitted the West Memphis 3? Faced with the very real possibility of new, expensive and embarrassing trials, state officials were willing to make a deal and Echols' attorneys came up with one: an Alford Plea.

An Alford plea, a rare legal maneuver, has been in existence since the U.S. Supreme Court ruled on it in 1970, but few defense attorneys want it and few prosecutors will allow it. It's a compromise, pure and simple. Echols, Baldwin and Misskelley were allowed to continue to insist they were innocent, but they had to plead guilty. In return, they were given freedom and the State got its convictions. Just days before the men were freed, the deal almost fell through. Jason Baldwin, who wanted to be exonerated in a new trial, had to be convinced to take the plea. In the end, he changed his mind to get his friend Damien Echols off death row.

And so in a bizarre hearing on that August day a year ago, the three men went in front of a judge, and after announcing their innocence loudly, they went ahead and took a guilty plea and walked out free men. They spent 18 years, 78 days behind bars.

If it is difficult to imagine living nearly two decades in solitary confinement, now try to visualize what it has been like for these three men trying to catch up with the world that left them behind in 1994. When I first caught up with Damien Echols right after he was released, he was simply enjoying simple pleasures: walking in the rain or trying to work an Iphone. He was able to finally touch and live with the woman he married while he was on death row, Lorri Davis. He spent the last few months turning journals that he kept in prison into a bittersweet memoir that will be released this fall called, appropriately enough, "Life After Death". Since he is still officially a convicted felon, Damien and Lori are determined now to work to see him fully exonerated someday.

The two men released with Damien are also trying to find their places in the world. Jason Baldwin is now a sophomore in college. Jesse Misskelley, the only one who stayed in West Memphis, hopes to become an auto mechanic.

And what about the families of the little boys killed now more than 19 years ago? They may never know what happened to their children. The state has its convictions; there is no incentive to re-open the investigation. The only hope for everyone in this sad legal chapter is that DNA from the crime scene may someday yield new arrests and long awaited answers.

Complete coverage of the "West Memphis 3" on Crimesider