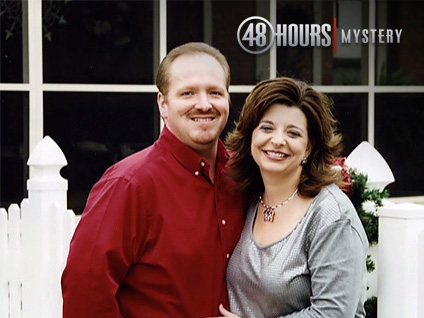 (CBS) When I go to Savannah, I think of the Spanish moss hanging from the trees, the terrific restaurants and, sadly, murder. And I'm not the only one.

You can thank or blame John Berendt who wrote "Midnight In the Garden of Good and Evil," that highlighted one of the town's notorious murders. The book exploded on the bestseller lists and remade sleepy Savannah into a must-see destination, so much so that today tourists on buses, bicycles and even Segways meander around the town looking for the Southern gothic mansion where the book's centerpiece murder took place.

Last summer, a different murder, or murders, brought me back to Savannah. It was the horrific middle-of-the-night shotgun murders of Philip Heidt, his son Carey and the attempted murder of Philip's wife, Linda. The incident happened in the rural town of Springfield, only about 40 minutes or so outside Savannah proper.

The murders happened in August 2008 but the story surrounding those murders was so sensational, it holds residents spellbound to this day.

And as Carey's widow, Robin Heidt, likes to say, she remains "a woman in the center of a storm."

There are not many who would dispute that statement. In the early 90s, Robin married into the prosperous Heidt real estate family in Effingham County. She was in the catbird seat back then - the admired mother of three children, wife to a wealthy real estate man.

Then, by her own admission, she sidled up to her brother-in-law Craig Heidt to inform him she had romantic feelings for him. He said he felt the same and soon, she says, they were off and running, making love on a couch in his parents' house while his parents were sleeping.

The love affair intensified from there. Robin sometimes even joined Craig at his isolated hunting cabin, leaving husband Carey - Craig's brother - at home to watch the couple's three young children. Incredibly, she told her husband Carey about the affair and this once close-knit family quickly came apart at the seams.

It was brother against brother, father against son. Tensions escalated as Philip Heidt, the family patriarch and father to Craig and Carey, threatened to cut Craig out of his will. Carey, meanwhile, took it upon himself to remove wayward wife Robin as the beneficiary of his $3.5 million life insurance policy, putting the money in trust for his children.

Then came the night of August 25, 2008. Someone snuck into the Heidt house after midnight and went room to room with a shotgun killing Philip and Carey in the beds where they slept, and shooting Linda - Philip's wife - in the face. She survived, just barely.

Before noon the next day, a dozen people informed police of the love affair going on between Robin and Craig and all eyes were on Craig as the possible killer. But would a son shoot his father, mother and brother at point blank range over a woman?

There was no physical evidence at the crime scene linking Craig to the murders and, besides, he had grown up in the house, so what would it matter if DNA or fingerprints were found? Craig maintained his innocence and hoped that Robin would stand by him. She did, for a time.

The secrets surrounding the Heidts, once an upstanding family, were painfully revealed one at a time, right up to the sensational double murder trial. The Heidt family tragedy became one of the region's most-talked about murders. And the twists and turns are so fantastic, it could be a book.