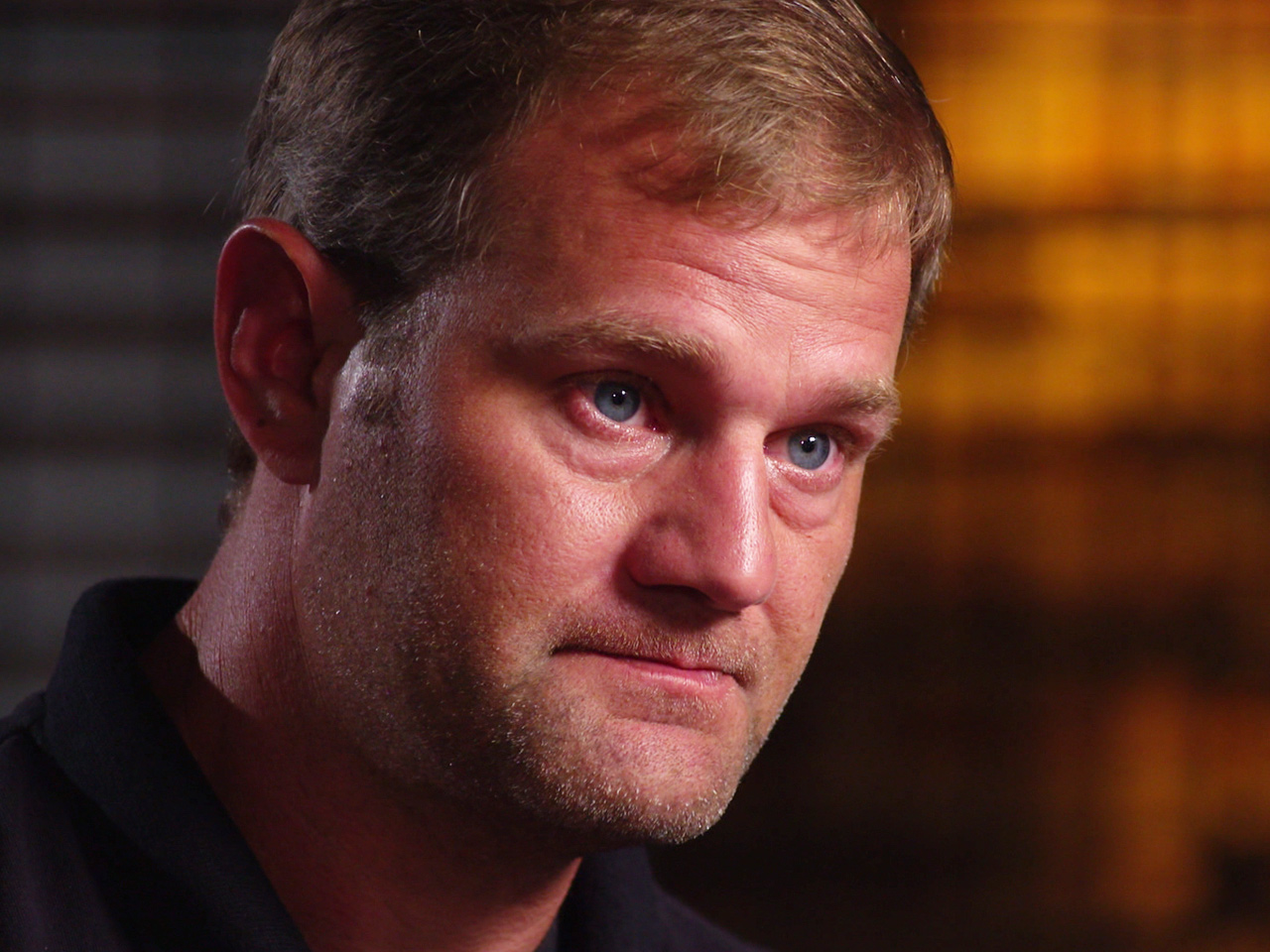 FAYETTEVILLE, N.C. --In the past two years, people have gone to great lengths to stay away from David Marshburn. They've hidden in a cabinet above a hot water heater, rolled up in a sofa bed and even stuffed themselves inside a refrigerator. It's all in a day's work for Marshburn, a professional bounty hunter who hunts down fugitives who have jumped bail.

Despite the danger inherent in the job, "I love getting up every day knowing this is what I do for a living," says Marshburn, who carries a gun, a Taser and pepper spray in any state where it's legal. It's a dicey business, not only because fugitives sometimes fight back, but also because they may call police officers who sometimes arrest the bounty hunters.

"As a bounty hunter or as a fugitive recovery agent, as a bondsman, we get arrested," Marshburn says. "We get arrested a lot for doing our job. And that's the problem with-- you know, governments not recognizing bail bondsmen like they should. I get arrested for hitting someone or arresting 'em, roughin' 'em up, doing whatever I gotta do to do my job. I'm just doing my job. I don't go out there and abuse people."

Marshburn - who prefers the term "fugitive recovery agent" -- is featured in this week's "48 Hours" as he takes on the case of missing U.S. Army Specialist Kelli Bordeaux, a 23-year-old combat medic who disappeared in 2012 from a bar in Fayetteville, North Carolina, home to Fort Bragg and the base of operations for Marshburn.

It was his first case after he received his private investigator's license, but Marshburn figured if he could find bail jumpers or "skips," he could find a missing woman. It turned out to be harder than he thought.

"Fugitives leave traces all over the place. Kelli didn't leave any traces," he says. Finding her meant becoming close to the prime suspect in the case.

PODCAST: Marshburn on his work and the dangers he's faced

Marshburn got into bounty hunting or "skip-tracing" because his wife is a bail bondswoman and sometimes, people would skip out on bail and Marshburn went out to get them back.

"I found out I was really good at it," he says.

Marshburn says that, in his experience, about 20 percent of those who get bail, skip out and do not appear in court. He says about 90 percent of those are captured by bounty hunters and he claims to have nabbed all but two of 1,500 fugitives he's aimed to track down.

This might be a good time to discuss why bounty hunters even exist. In our court system, those arrested for a crime generally get bail while they await the outcome of their case, a process that can take years. Whether the alleged criminal makes bail or not often depends on bail bondsmen.

Take the example of a bail that is set at $100,000. The courts often demand that the arrestee put up 10 percent of that amount -- $10,000. But for many people, even that amount is out of reach, so the person arrested will turn to a bail bondsman.

If the bondsman believes the person awaiting trial is not a risk, he will loan the arrestee the $10,000 and the arrestee will sign a document promising to appear in court at his or her hearings. Generally, a house or a car will be used as collateral that can be seized if the arrestee skips out on bail.

But the bail agreement has other considerations aside from collateral - some very important considerations. In almost every case, the person is signing a bail bond agreement is also signing away many of his civil and constitutional rights. If you skip bail and a bounty hunter finds you, he can kick in the door of your residence without a warrant if he believes that's where you live, use force to arrest you, and return you to your home state without bothering with extradition proceedings.

There is always a fair amount of money at stake, even taking the collateral into account; most times, it does not cover the entire amount of the bail. Here's how it works, again using the example of a $100,000 bail:

Another consideration is that police officers generally do not chase after bail fugitives who have left the state because they simply have too many other things to do. The FBI will go after the most heinous or high-profile criminals, but not your run-of-the-mill offender, even if he or she is suspected of committing a felony.

Despite the service bounty hunters provide, Marshburn says "lawmakers can't stand the fact that we can trespass and kick in a door without a search warrant."

And there have been some high profile screw-ups. In the summer of 2015, 11 bounty hunters showed up at the home of an Arizona police chief in a case of mistaken identity.

For his part, Marshburn says he tries to treat all fugitives with respect, but there are exceptions.

"As soon as they do me wrong, that's when I go off the handle," he says. "I can't stand someone lying."

Paul LaRosa is a "48 Hours" producer. "48 Hours" investigates the disappearance of Kelli Bordeaux and Marshburn's role in the investigation, Saturday, July 30 at 10 p.m. ET/PT on CBS.