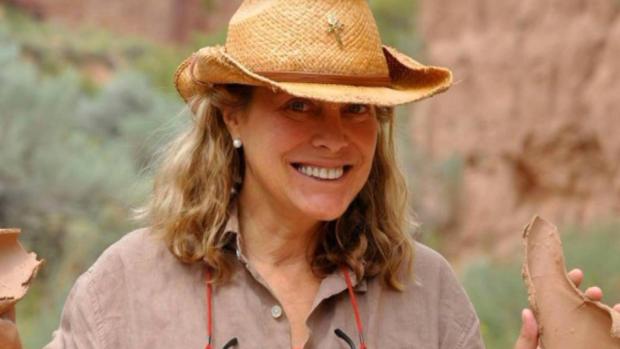 Maureen Maher is a "48 Hours" correspondent. She weighs in on investigating the death of Aspen community fixture Nancy Pfister, who was found slain in her mountain home in February 2014. The investigation, "Murder in Aspen," airs Saturday at 10 p.m. ET/PT on CBS.

ASPEN, Colo. -- Last year, an acquaintance of mine called to say his dear friend Nancy Pfister had been murdered in Aspen. He and other close friends there were deeply concerned about the intense media coverage, especially given the colorful reputation of both the victim and their home town.

I told him that if I covered the story, he would know and trust at least one reporter on the ground -- but I cautioned him that our job at "48 Hours" is to investigate the case and report what we find, even if people don't like or agree with what we find.

What we found when we got to Aspen is that for locals, Aspen is a small community. Everyone knows everyone - - and everyone knew Nancy Pfister.

In fact, it was rather astonishing that virtually everyone we spoke with had a story about Nancy Pfister behaving badly. Anecdotes, told through a nostalgic haze of tears and laughter, where Nancy Pfister had behaved so outrageously, most people had periods of time where they just stopped speaking to her.

That was the public image of Nancy, the party girl with an agenda. The private side of Nancy Pfister, according to those same friends, was much more manageable, charming and easy to love... much like their beloved Aspen. And just as they argued about their friend, these people vehemently argued that Aspen too, is much more than its celebrity-crazed, billionaire playground image.

However, for as much as the folks here went on and on about the real Nancy Pfister and the real Apsen privately, very few were willing to stand up and speak for either - publicly.

Were they trying to protect Nancy or Aspen or simply an image they themselves had created? It's hard to say for sure, but from this reporter's perspective, it was a missed opportunity to share something wonderful; a lesser known, lovelier truth about this victim and this town that these people claim to know best.

And so what IS the truth about the Nancy Pfister murder? One defendant has painted a graphic image of how and why she was killed. Many doubt that is the whole story- but like the public persona of the victim herself, if no one else stands up to tell a different "truth" - we only have this one image to go by.