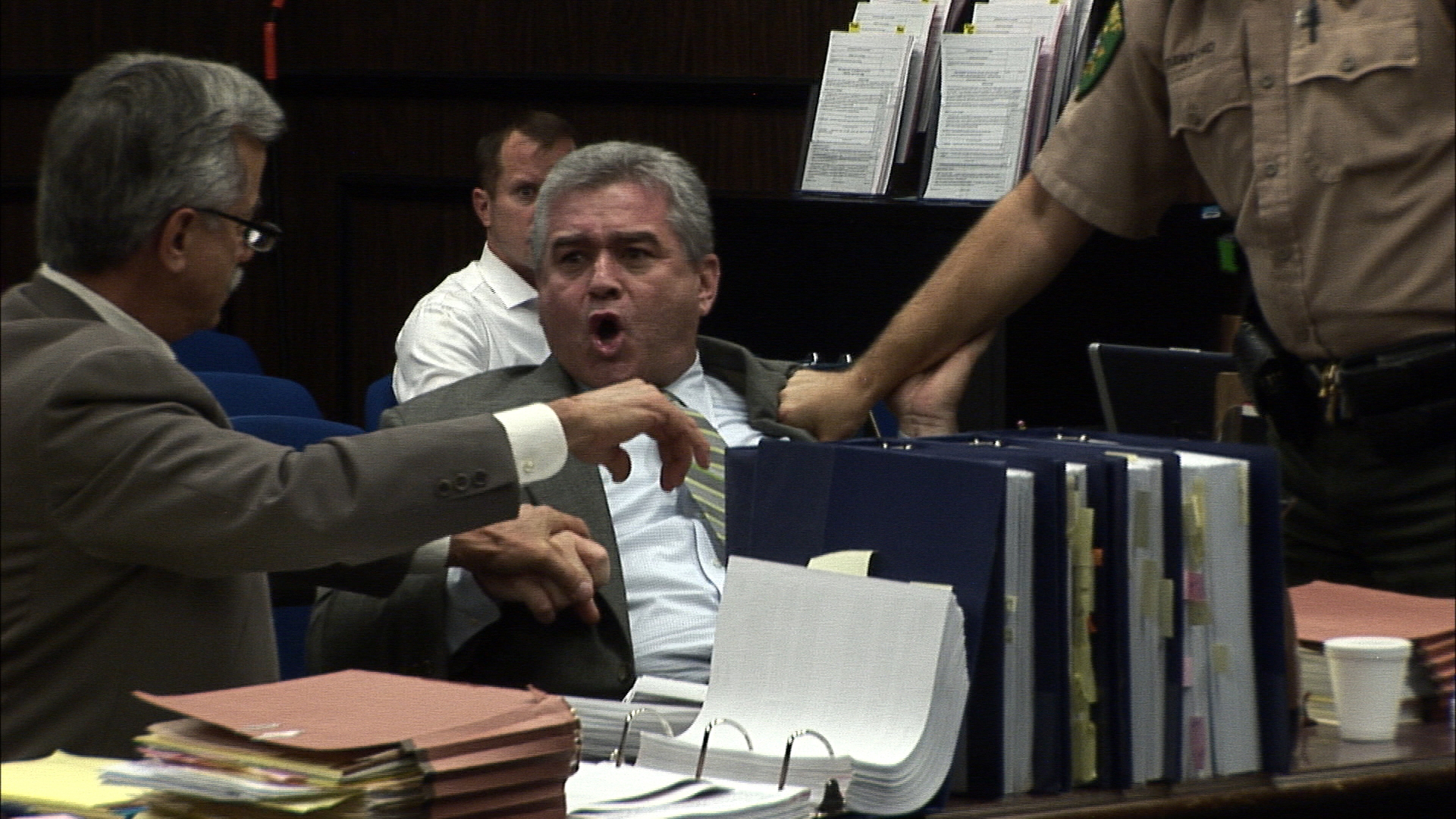 PLACERVILLE, Calif. -- It started out normally enough. After the usual amount of delays, the murder trial of Todd Winkler got underway with the prosecution making an opening statement.

During her opening statements Sept. 23, 2014, Deputy D.A. Lisette Suder detailed her case -- that Todd Winkler not only stabbed his wife, Rachel, to death with a pair of scissors in their northern California home -- but she also claimed that he killed his previous wife more than a dozen years earlier by staging a fiery car crash. Authorities ruled that death was an accident.

But that's where the "normally enough" part of the day ended.

In mid-sentence Suder became distracted. I know this prosecutor. She is very focused. But anyone would have been distracted by what happened next in the courtroom.

The defendant, Todd Winkler (a former fighter pilot with a squadron called "The Fighting Samurai") started making a noise that sounded like a low growl. Then, in what can only be compared to a move seen on "The Three Stooges," he started slapping himself in the head. And finally he started screaming.

"You are not Samurai!" he bellowed. "You seek only to destroy! You have no Bushido!" (an apparent reference to the Samurai code of honor.)

The outburst, obviously, forced a quick suspension of the proceedings as armed bailiffs and defense attorney David Weiner rushed to subdue Winkler, the judge was ordered off the bench, and everyone else in the courtroom tried to absorb this bizarre scene. It all happened in front of the jurors before they, too were ordered out of the courtroom.

So, was this a real psychiatric episode --or just an act to help Winkler's claim that he killed his wife during a sort of "altered state" of consciousness?

Of course the defense attorney says it was not planned or staged. The prosecutor says it was completely phony.

This is your chance to make a judgment. You'll see the outburst a few times over the coming days as we talk about this case. I wonder what you'll think. And I can't wait to hear what you make of the rest of this sad case we are profiling this week on "48 Hours."

We call it "The Two Faces of Todd Winkler." See you Saturday night.