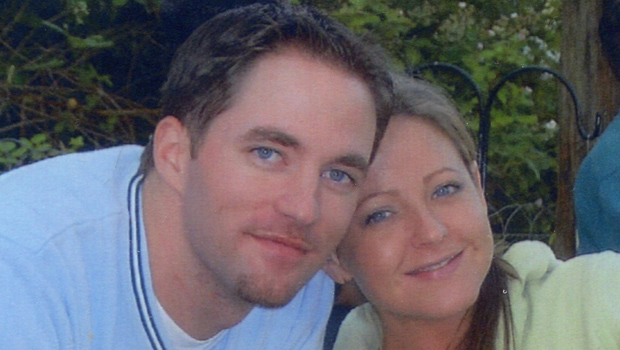 (CBS) - Sitting in the courtroom awaiting a verdict, it was truly difficult to understand the stone-faced man facing the jury, his fate in their hands.

Sitting in the courtroom awaiting a verdict, it was truly difficult to understand the stone-faced man facing the jury, his fate in their hands.

Throughout the 5 week trial, Martin "David" Pietz expressed absolutely no emotion - not when his deceased wife's naked body was displayed on large screens during various witnesses' testimony; not when being confronted by testimony from a stream of women with whom he had engaged in extra-marital activities; and not even when that verdict was eventually read.

In February 2006, Nicole Pietz, 32, was found strangled in a wooded area south of her Seattle home nine days after she had been reported missing. Her mother, Gael Schneider, immediately suspected David was involved, but he wasn't charged with her death until 2012 - six years after the murder.

His stoicism certainly was a constant, as were the rows of seats in the courtroom filled with his deceased wife's family and friends, who attended each day of those 5 weeks of trial. It also provided a huge contrast - not a single person came to support the defendant at any time throughout those five weeks. An abundance of family vs. no family members was noticeable to everyone.

The amount of supporters Gael Schneider had with her in court daily was incredible, and spoke to her strength. Without her perseverance and involvement, it is possible that the death of her daughter would have remained a cold case. Gael is a remarkable woman, who is as dynamic in full room as she is one-on-one as she is testifying against her former son-in-law. The tragic story like the one of Nicole Pietz' may never have reached the offices of 48 Hours had Gael not been so persistent with detectives -she had waited six long years for David Pietz's arrest.

In speaking with Gael, it is evident how much pain she suffers through daily: the pain of her youngest daughter Nicole being taken from her at the young age of 32. For her, it was never a question about getting justice for her daughter's murder. She persevered like only she knew how and how only a mother could. Testifying on the first day, Gael's testimony was by far the most powerful of all 58 witnesses who testified. Finally face to face with the man she believed murdered her beloved daughter Nicole, Gael finally got to tell her former son-in-law exactly what she thought of him: "If he can't take being confronted by a 72-year-old woman, he's not much of a man!"

After the testimony of 58 witnesses, the case was handed to the jury on October 10, and emotions only heightened as deliberations endured throughout the whole day, and then started again after a long, anxious weekend. Tensions were high as the courtroom filled as the jury reached their verdict the afternoon of October 14.

As the verdict was read - guilty-- the court erupted into tears of joy.

Back in King County Superior Court Nov. 7 to hear his fate, David Pietz again declined to offer any insight as to what happened the night Nicole died.

Despite being convicted for his wife's murder, David once again remained stoic and silent when facing the many friends and family who asked the judge to impose the highest sentence possible on the man who stole their beloved Nici from them. When asked if he would be addressing the court, David Pietz's attorney, David Allen, replied that David Pietz had, once again, opted not to speak.

However, two people who perhaps know David the best were in the courtroom and did testify on his behalf: David's parents, Martin "David" Pietz senior and Sandy Pietz. Both were absent from the courtroom throughout the 5 week trial. They both spoke of David being a hard worker and a good person.

Superior Court Judge Michael Hayden then addressed Nicole's family, telling them how he wished he could provide closure to them, but that is beyond his power as a judge to do. Judge Hayden also told the courtroom that he could not provide an adequate explanation as to why Nicole Pietz is dead. He commended Gael Schneider for offering her forgiveness to David, as a first step in healing.

The judge said he did not know what evidence was persuasive to the jury in reaching their decision to convict David Pietz, but that he himself was persuaded by the testimony of Renee Stuart, who spoke of David's statements of putting ecstasy in his wife's Red Bull when at a Seattle club.

Hayden was especially appalled by this, as Nicole's commitment to AA was a huge part of her life, and, in the judge's opinion, it showed David's "utter disregard for [Nicole's] safety and well-being." Additionally, Judge Hayden, addressing David Pietz directly, said, "You don't spike a former addict's drink with drugs if you care about them....You did that for your own personal sexual satisfaction, and I found that absolutely abhorrent. And criminal."

The judge told David that his misleading Nicole's family about her whereabouts and about what happened the last night she was seen alive added to her family's tragedy.

Hayden sentenced David Pietz to the higher end of the standard, sentencing him to serve 220 months (about 18 years.)

It remains to be seen if, while spending that time in a Washington State penitentiary, David Pietz will ever express remorse or come to terms with the fatal actions he committed the night of January 27, 2006.

Leslie Neigher is an associate producer for "48 Hours."