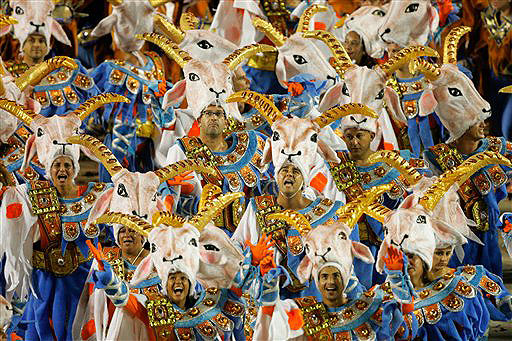 Her name was Ruby Bridges, she was six years old, and as she walked up the stairs to school on November 14, 1960, she had no idea she was making history.

She thought the crowds were there because it was Mardi Gras, and she was going to college.

What she didn't know was that rioting had broken out in the streets of New Orleans, and that enraged parents were pulling their children from the school. Other parents took their children away out of fear.

The vibrant 46-year-old travels the country, embraced by educators who want their students to meet the woman who inspired the likes of writer John Steinbeck and painter Norman Rockwell.

It's a sharp contrast from 40 years ago, when she had to be escorted to school by federal marshals.

She was the first black child to attend the all-white William Frantz Public School in New Orleans, and the hostility and tumult that defined her first day there made it a national story.

She told CBS News Early Show Anchor Bryant Gumbel: "There were lots of people outside. There were policemen. They were throwing things. Since I wasn't told, I really thought I was in the midst of Mardi Gras."

Bridges was bombarded with jeering — even death threats — from parents who hauled their children out of class, leaving young Ruby nearly alone in school.

"I went through the door, and I remember going into an empty classroom and thinking that I was too early. When actually, what had happened all the parents rushed in, removed their kids and never sent them back. I spent the whole year in an empty classroom with just my teacher," she says.

The white students eventually returned to the school that year, and other blacks arrived in following years.

"At one point I remember going into a classroom with some other kids and a little boy saying, 'I can't play with you. My mom said not to play with you because you're a nigger.' And that's when I really realized it was about me, and the color of my skin."

Bridges added, "I never knew what was going on until that little boy said that to me."

The bitterness from those traumatic school days lingered for more than three decades, she said, hindering her ability to appreciate her place in the fight to desegregate the South.

"From age 7 to about 37, I had a normal life and not a very easy one," Bridges told the Associated Press. She never went to college and as a young mother worked in a travel agency to help support her children.

Today, she has published two books and taken on a nationwide lecturing schedule, all within the last six years.

"What I'm doing now I developed simply because I felt like this was much too important to just let die," she said. "It was a great sacrifice my parents made. I understand now because I'm a parent that it would take a lot of courage and faith to send a child into an evironment like that."

Bridges, a married mother of four children, blocked out the harsh memories of her elementary school days until the early 1990s, when her brother's murder in New Orleans drove her to deep personal reflection.

"I felt like there was something I needed to do — speaking to kids and sharing my story with them and helping them understand racism has no place in the minds and hearts of children," she said while at home in New Orleans last week.

She started by volunteering as a parental liaison at William Frantz, where her brother's children attended school.

In 1995, Bridges collaborated with Harvard University psychologist Robert Cole in publishing The Story of Ruby Bridges, a picture book for children. Its success helped her establish the Ruby Bridges Foundation, which began at William Frantz and now offers consulting to other schools seeking to establish diversity programs.

Last year, she published Through My Eyes, an account of her first year at William Frantz. It includes reproduced news photographs and articles, a passage from Steinbeck's Travels with Charley, and a print of the Rockwell painting. Rockwell portrays Bridges walking to school in a white dress and white shoes, dwarfed by U.S. marshals.

In the past year, New Orleans schools Superintendent Alphonse Davis has designated Through My Eyes part of an elementary reading program.

"She's still a very young lady who made history and that's something we should capitalize on by telling our students that they can make a difference as this lady did," Davis said.

Bridges' recent travels have been punctuated by stops at grammar schools in cities, suburbs and the countryside, where she tells young schoolchildren about her early experiences at William Frantz.

"I am amazed kids are so interested, but I think they see themselves as that little 6-year-old and cannot understand why something like this would have happened," she said.

In her hometown, the four decades that have passed since her historic walk have produce mixed results. There is again very little diversity at William Frantz, only now the school and the neighborhood are almost exclusively black. Public schools around New Orleans, in fact, are predominantly black, while most white children attend private schools.

Bridges won't try to explain it, but seems saddened by it.

"Schools should be diverse if we are to get past racial differences," she said. "If kids have the oportunity to come together to get to know one another they can judge for themselves who they want their friends to be. All children should have that choice. We as adults shouldn't make those choices for children. That's how racism starts."