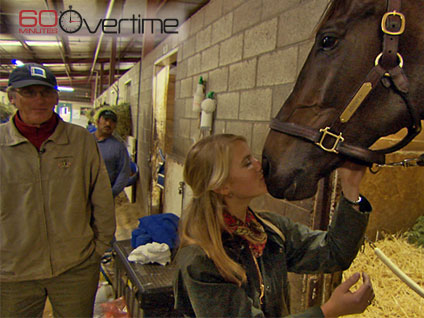 One U.S. soldier, attached to Task Force Liberty, was killed Wednesday when a roadside bomb exploded at 12 p.m. near his vehicle close to Adwar, a town 10 miles south of Tikrit, the military said in a statement.

Two 42nd Infantry Division Soldiers were killed in an indirect fire attack on their base in Tikrit, 80 miles north of Baghdad at about 10 p.m. Tuesday, the military said.

A roadside bomb exploded near another U.S. vehicle at 10:30 p.m. Tuesday, fatally wounding a soldier attached to the 1st Corps Support Command north of Baghdad, the military said. The soldier was pronounced dead at a military medical facility.

The soldiers' names were being withheld pending next-of-kin notification.

As of Wednesday, at least 1,680 U.S. military members have died since the Iraq war began in March 2003, according to an Associated Press count.

Talabani, himself a Sunni Kurd, spoke at a conference marking the second anniversary of the Badr Brigade's transformation from a solely military body to a political one.

"May those who describe the heroes of Badr and their Kurdish brothers as militia be doomed to failure," Talabani said.

"You and your (Kurdish) brothers are the heroes of liberating Iraq," he added. "You, my brothers, march on without paying attention to the enemies' claims because you and the (Kurdish militia) are faithful sons of this country."

There are no accurate figures on the size of the brigade, but it is thought to be smaller than the Kurdish Peshmerga militia, estimated at 100,000. The Peshmerga has been largely exempted from efforts to disband militias because of its close ties to the United States and its supporting role during the war.

Sunni criticism of Talabani's remarks was swift, with Abdul-Salam al-Qubeisi, spokesman of the influential Association of Muslim Scholars, saying the president was acting in line with "U.S. policies to prolong the struggle in Iraq and turn it into an Iraq-Iraq conflict."

Al-Qubeisi accused the Badr Brigade of providing intelligence to units such as the feared Wolf Brigade, an elite commando unit from the Interior Ministry that is headed by a top SCIRI member.

The Badr organization's leader, Hadi al-Amiri, challenged the association's head, Sheik Harith al-Dhari, to prove his group involvement in the killings and said an investigation should be held.

"If the accusations prove to be true, then we will apologize and punish the offenders, but if they turn out to be false, al-Dhari should apologize," he said at Wednesday's gathering.

The complaints came a day after a Sunni Arab politician said two insurgent groups were willing to negotiate with the government, possibly opening a new political front.

Former electricity minister Ayham al-Samarie told The Associated Press the Islamic Army in Iraq and the Army of Mujahedeen — or holy warriors — were ready to open talks with the government aimed at eventually joining the political process.

A senior U.S. official confirmed that influential Sunni leaders have been negotiating with some insurgent groups interested in embracing the political process.

"Some insurgents are irredeemable and have to be dealt with in a purely military way and there are some who are looking to enter the political process under some conditions," he said.