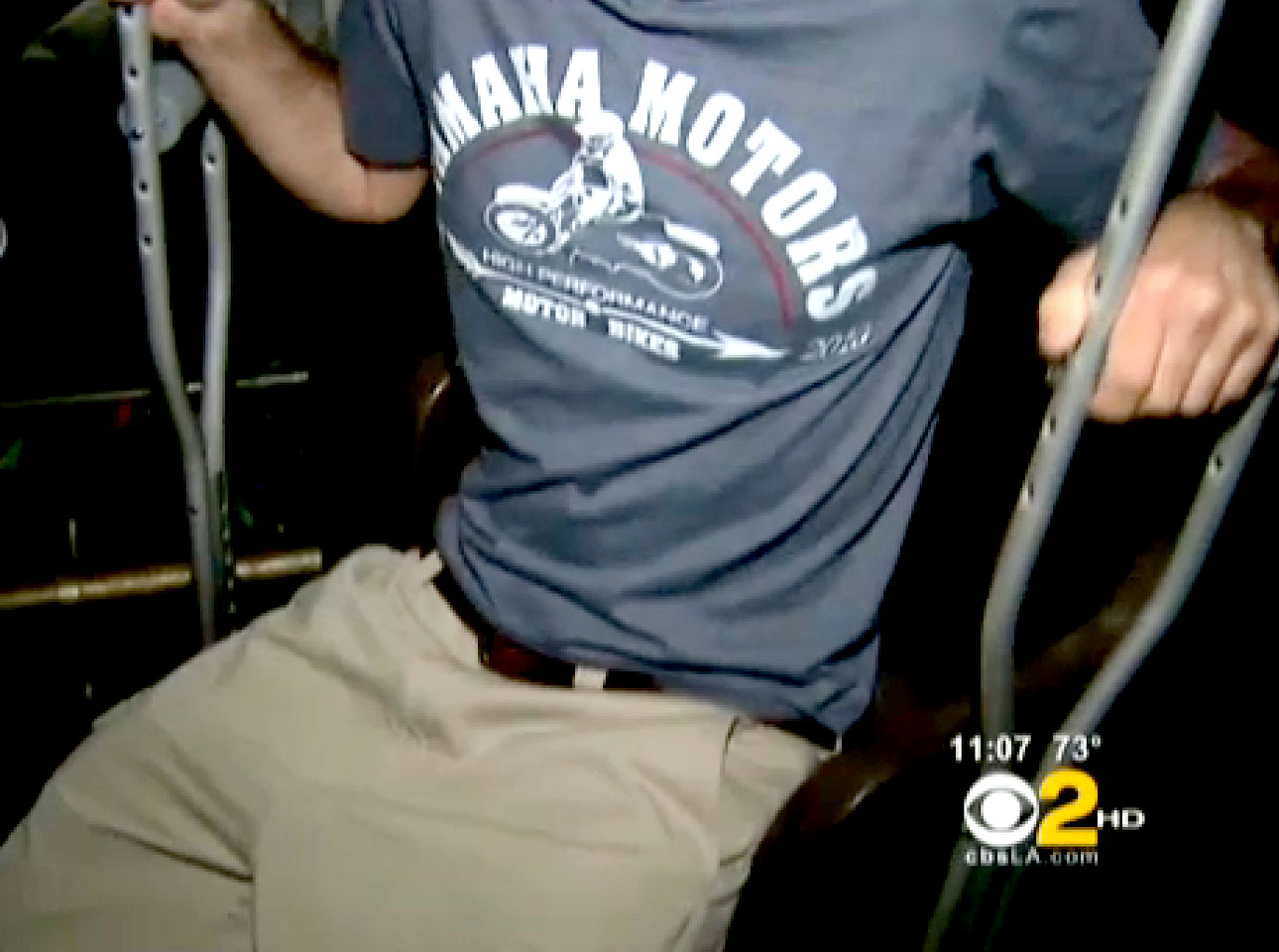 The man, who hid his face from CBS cameras in fear he could be targeted again, told Los Angeles affiliate KCAL-TV he remembers little from the night he was out with his boyfriend at The Silver Fox early Sunday morning.

"I remember blacking out," he told CBS News' Stacey Butler. "All I remember is being put next to the curb."

He also said the four men were calling him slurs.

"He starts pushing me and calling me f--. I told him I was gonna call police," he said. When he spoke to KCAL-TV, he was using crutches.

Police say they arrested the four Marines outside the Belmont Heights bar at about 2 a.m. PT, but the suspects had already beaten the full-time film student until he passed out. They may be charged with a hate crime.

Charlie Harris, who was working in the bar, ran outside to help. The victim's boyfriend, David, said he was too shocked to move, and that Harris may have saved his boyfriend's life.

"You just saw fists, and muscles, and tattoos, and all those guys were on top of him," David said.

David said that once his boyfriend was lying unconscious on the ground, one of the Marines turned on Harris. They fought the men until the police arrived, they said.

Police have notified the U.S. Marine Corps about the incident and the corps is conducting an independent investigation, a police spokeswoman told the Long Beach Press-Telegram.