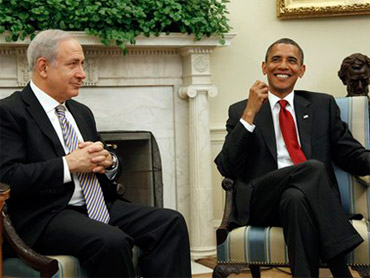 Israeli security officials say four pistols disappeared from the suitcase of a bodyguard accompanying Israel's prime minister in the U.S.

The Shin Bet, Israel's domestic security service, says the luggage was checked in for a flight from Washington to New York but ended up in Los Angeles - without the four 9mm Glock handguns.

A Shin Bet spokesman said Wednesday it is not clear whether the guns disappeared before or after the luggage was put on the wrong flight.

He spoke on condition of anonymity in line with Shin Bet rules.

Israeli and U.S. officials are investigating the incident.