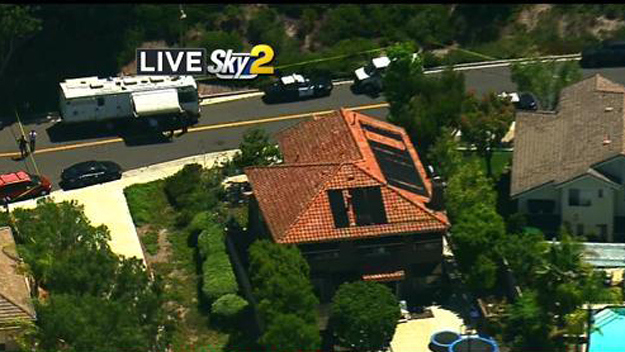 The dead people were only described as two males and two females, and the Sheriff's Department was not releasing any information on how they may be related.

A neighbor told CBS Los Angeles that a couple and their teenage daughter and son, who is in his 20s, live at the residence.

Hallock said there were no suspects at large, but he stopped short of saying it was a murder-suicide.

The coroner had yet to arrive several hours after the discovery and detectives, who were seeking a search warrant, remained inside.

The house is located in a development called Pacific Hills, a modern neighborhood of two-story, upscale homes on winding streets.

Mission Viejo is a city of about 95,000 in the southern section of Orange County about 50 miles southeast of Los Angeles.