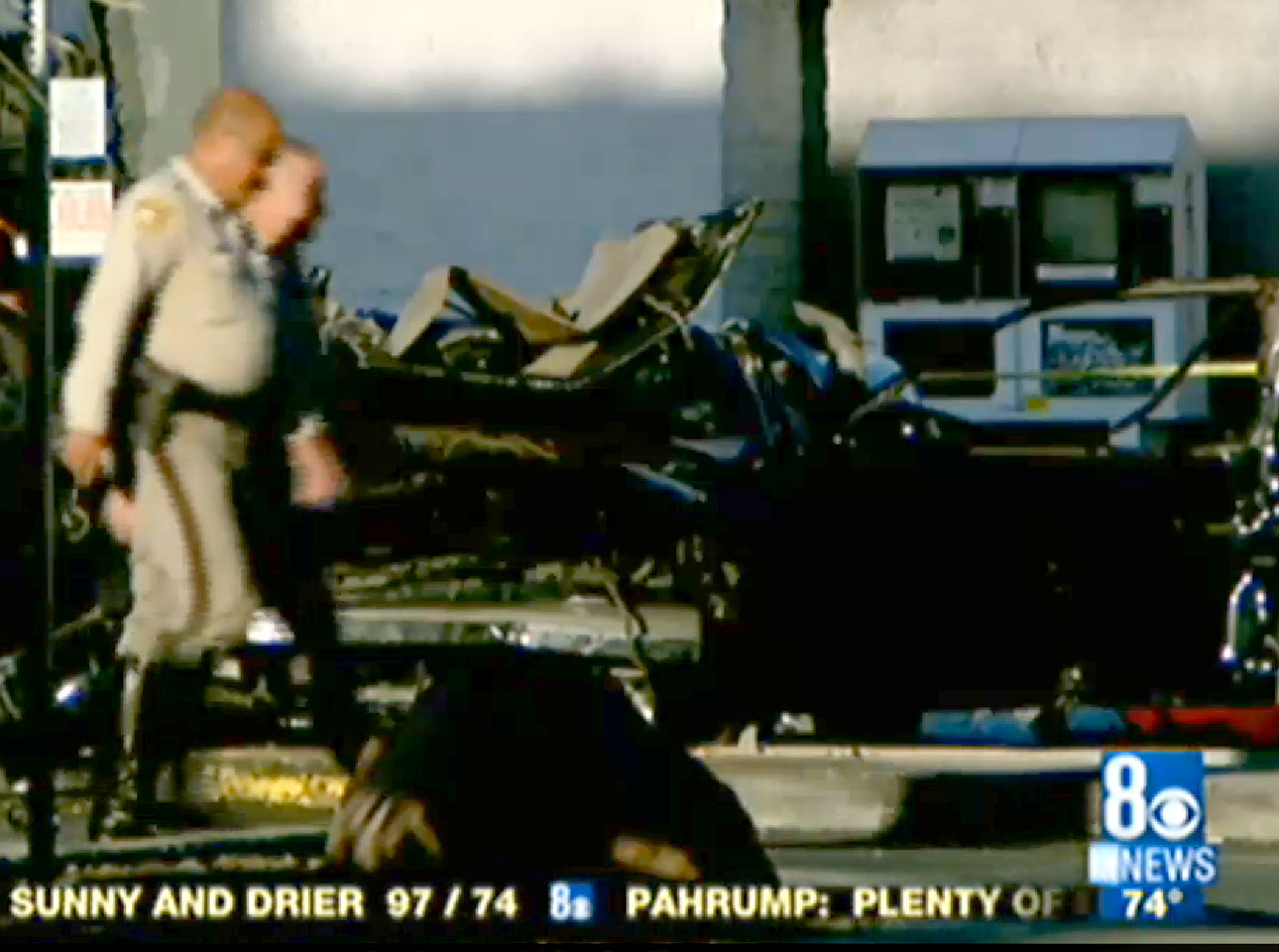 (AP) LAS VEGAS - A motorist faces four counts of driving under the influence after his speeding car went airborne Thursday and plowed into a Las Vegas bus stop, killing four pedestrians and injuring eight others.

All the victims appeared to be adults, and the four people killed were apparently pedestrians waiting at the bus stop, according to Las Vegas police officer Laura Meltzer.

"It's a pretty horrific scene out here," she said.

The driver, who police say will be booked into jail when he gets out of the hospital, was with three other passengers in the early morning crash. At least some of the occupants had to be removed from the vehicle, police said.

Debris and sheet-covered bodies remained on the scene several hours after the crash. Roads were shut down well into the afternoon as investigators worked to piece together the chain of events along the busy business corridor lined by fast-food restaurants, strip malls and gas stations two miles west of the Las Vegas Strip.

A police officer who was fueling his vehicle at a nearby convenience store watched as the car appeared to lose control and bottom out on a downward slope before leaving the pavement and slamming into the bus stop, according to police Sgt. Richard Strader.

"First responders said they smelled alcohol, and he even said something to the effect that he had been drinking," Strader said.

The vehicle, which came to rest in a fast-food restaurant parking lot, was so mangled that authorities initially had difficulty determining its make and model.

The driver survived but has a collapsed lung and possibly a broken back, according to police. He will be tested to determine his blood-alcohol content.

The driver and victims were not immediately identified. Three people remained in critical condition, according to Sunrise Hospital officials, while three others were in good to serious condition. Two were released after treatment.

Meltzer said some of the victims were dismembered. The bus stop was flattened and its roof landed 15 feet from the spot where the structure once stood. Newspaper stands and concrete littered the scene.

"It's so tragic because this is preventable," Meltzer said. "This person made a choice" to drive under the influence.

The four deaths brought the number of people killed in traffic accidents in Las Vegas police jurisdiction to 83 this year.