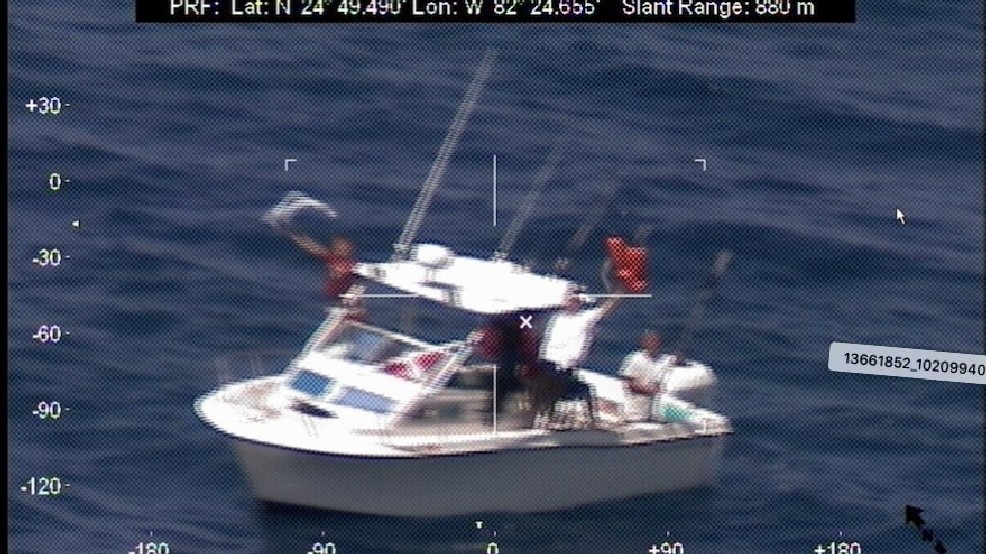 KEY WEST, Fla. -- The United States Coast Guard rescued four boaters a day after they failed to return home from a snorkeling trip off Key West.

The Coast Guard reports on social media that a rescue crew reached the missing vessel around 5 p.m. Wednesday, about 40 miles northwest of Key West.

All four people onboard were reportedly in good health. A Coast Guard plane spotted the boat earlier Wednesday following a search that covered nearly 4,000 square miles by air and sea.

The Coast Guard previously reported that the boaters left Banana Bay Resort in a 25-foot boat on Tuesday for a snorkeling trip about six miles north of Key West.