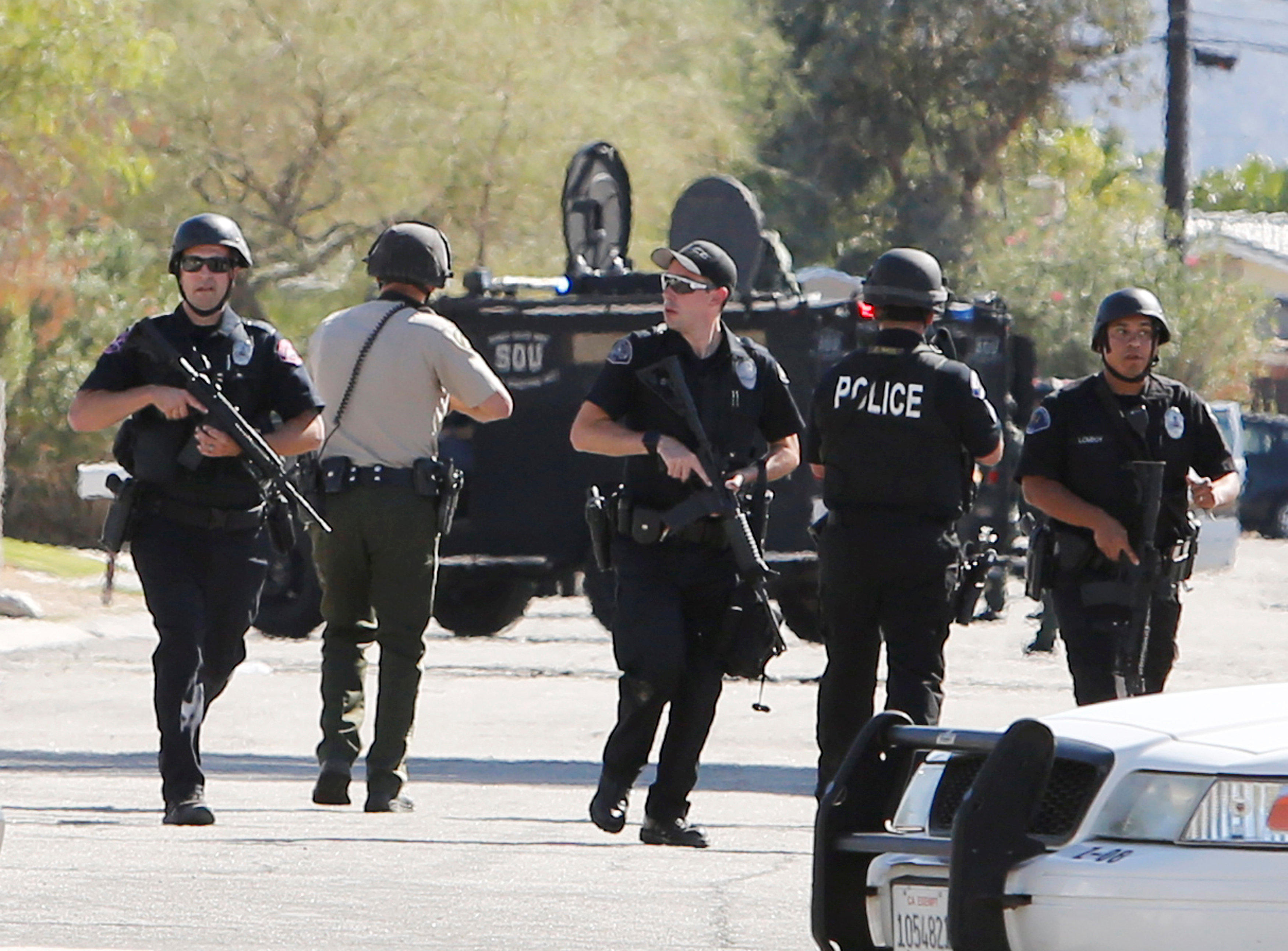 PALM SPRINGS — The Palm Springs police officer wounded in a weekend shooting that killed two other officers is out of the hospital.

A police statement says the officer, who has not been named, was released Sunday and is doing well.

The officer was wounded during a domestic disturbance call Saturday when a man suddenly pulled out a gun and opened fire at a home in the desert city east of Los Angeles.

John Felix, 26, was apprehended early Sunday after a lengthy standoff and will be charged this week with murder. Felix finally emerged wearing soft body armor and carrying ammunition but no weapon after police shot a chemical agent into the home where he had holed up, officials said.

The suspected gunman’s father told a neighbor his son was armed, “acting crazy” and wanted to shoot police.

Investigators were trying to piece together what led up to a 911 call about a family disturbance that preceded the cold-blooded killings.

A neighbor, Frances Serrano, told The Associated Press that the suspect’s panicked father, Santos Felix, earlier said his son, an admitted gang member, had a gun.

“My son is inside and we’re scared, he’s acting crazy,” Serrano said the older Felix told her. When it was suggested they call the police he said, “Yeah, he already knows they are coming, and he is going to shoot them.”

Serrano said she went back inside her house and within minutes police cars arrived and gunfire erupted.

Documents also show John Felix was the subject of a forceful arrest three years ago at the same house where Saturday’s shootings occurred.

Reyes indicated police had previous dealings with the suspect, but he declined to answer questions about whether responding officers were prepared to deal with someone with a violent criminal past. The chief would not characterize the content of the 911 call or say who made it.

The slayings come amid a tense year for police, when officers have been shot to death in other cities including Dallas and Baton Rouge, Louisiana.

The Palm Springs shooting occurred just three days after a popular Los Angeles County sheriff’s sergeant was shot and killed in the high desert town of Lancaster. Sgt. Steve Owen was answering a burglary when he was shot. A paroled robber has been charged with murder.